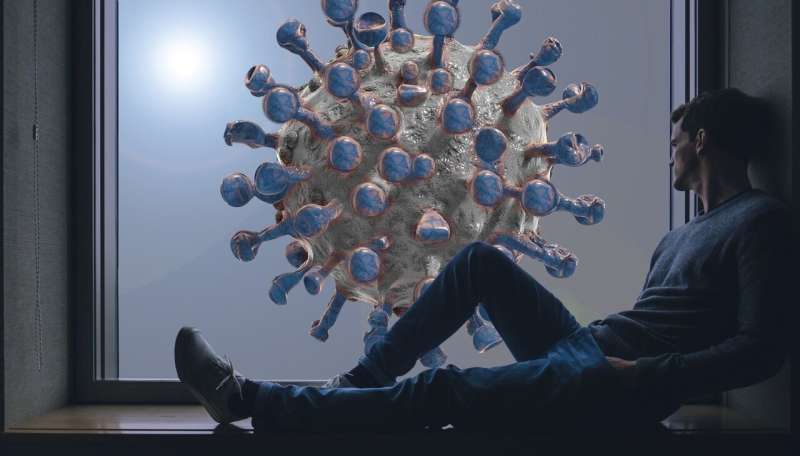 Tics, the repetitive and uncontrollable movements or sounds associated with Tourette syndrome and related disorders, rarely develop out of the blue in adults. But pandemic-related stress could be triggering new tics that emerge suddenly in adults with no prior history of tics, says Caroline Olvera, MD, a movement disorders fellow in the Department of Neurological Sciences at Rush University Medical Center.

To better understand the trend, Olvera reviewed the charts of patients with tics who came to Rush during the 12 months after the start of the pandemic. She identified 10 teens and adults who had suddenly developed uncontrolled movements or vocal tics and had no previous diagnosis of tics. All patients had a history of anxiety, which worsened during the pandemic. Six also had a history of depression, suggesting that people with anxiety or mood disorders may be at risk for these types of tics.

“Just the stress of the pandemic alone was enough to bring out those underlying disorders,” says Olvera, who recently presented her findings at the 2021 Virtual Congress of the International Parkinson Disease and Movement Disorder Society. “A lot of times, tics and Tourette syndrome have a lot of psychiatric comorbidities associated with them. It’s a complicated interplay, but we definitely think anxiety played a role in those patients who came in with new tics.”

The severity of the new tics in adults is also unusual, Olvera says. “Tics are on a spectrum of being really severe and interruptive versus those that are minor and not very bothersome to the patient,” she says.

An example of a minor tic is uncontrolled eye blinking, which typically develops gradually over time. But since the pandemic, Olvera has seen adults with more severe tics that have appeared suddenly. For example, they may start to have uncontrollable jerking of the head, and then develop similar movements in their limbs and trunk. Some may develop vocal tics, including unintentionally swearing, which is not seen in most patients with Tourette syndrome, Olvera says.

Among patients with pre-existing tics, pandemic-related stress is also having an effect. “We’re definitely seeing them come in with worsening tics,” Olvera says. Fortunately, many stress-related tics can be treated without medication using comprehensive behavioral intervention for tics (CBIT). At Rush, neuropsychologists are specially trained in providing this type of behavioral therapy. For others with more severe tics, medication also can be helpful.