You are here:
Home / Health News / Clinical psychologists and their patients need new ways to understand and confront the fear of losing control 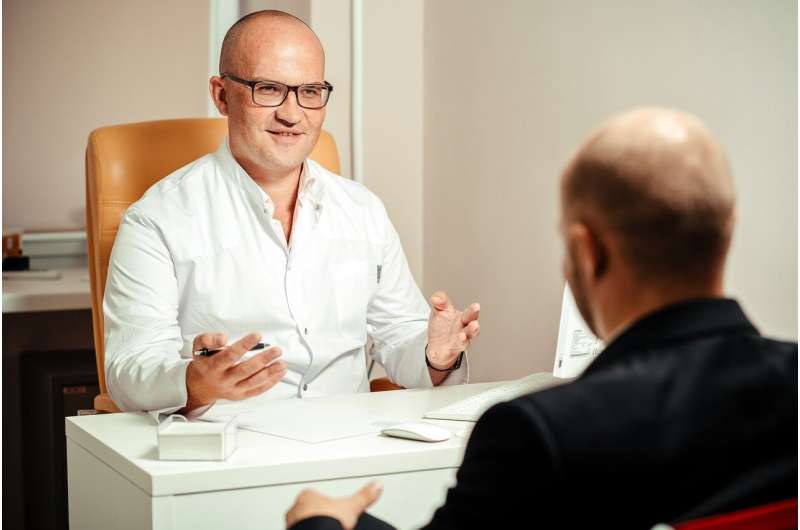 Control is an important construct in the fields of psychology and psychopathology, particularly as it relates to anxiety and obsessive-compulsive disorders (OCD). Losing control, however, is a fear clinical psychologists observe in many patients but one that remains understudied and little understood.

A new paper published in the Journal of Behavior Therapy and Experimental Psychiatry presents a new perspective on this fear, with rich implications for future treatment and research. Adam Radomsky, the paper’s author and a professor in the Department of Psychology, outlines some recent work and offer thoughts about these fears and beliefs around the loss of control. He also addresses how this knowledge can be used to study, assess and treat patients with diverse psychological issues.

“I think this fear is very likely trans-diagnostic, meaning that it’s seen in patients suffering from multiple different disorders,” he says. “But what they fear losing control over, or what the consequences of losses of control might be, will of course vary from person to person.”

Radomsky, a core member of the Center for Clinical Research in Health, hopes the paper will promote increased interest to foster new research that can be carried out and later applied in clinical settings.

Radomsky says he developed his interest in the idea after hearing anecdotal evidence of this fear of losing control from multiple clients in his clinical practice. As a cognitive behavioral therapist, Radomsky treats patients with social anxiety disorder, OCD, panic disorder and other problems.

“It’s something that can sit underneath the sorts of fears people bring into the clinic,” he notes.

To assess the levels of fears his patients are exhibiting, Radomsky and his students are building on techniques that use precise, experimental, questionnaire- and interview-based lines of inquiry.

“There are strategies we use in cognitive behavior therapy that can help people think differently about losing control and to act differently,” he says. “The research will help us explore how far we can expand on that.”

Radomsky says that asking people to try to lose control often leads them to be puzzled and to question how losses of control might work.

“If they can’t lose control even when they are trying to lose control, maybe it just doesn’t work that way,” he says. “Maybe control is not something you need to pursue because it is already there.”

Radomsky suspects that what many people call losses of control are in fact different ways of thinking about past decisions: It may be easier for people to call poor decisions made impulsively as losses of control, although this is an open scientific question.

“People will commonly say, ‘I lost my temper’ or ‘I was drunk and said something that I now regret.’ But on careful examination, what people are likely to say is that they wanted to act that way at the time,” he explains. “Is that losing control? I think—at least sometimes—that is being in control and then later realizing you made a mistake, perhaps by not thinking carefully about the consequences of your actions.”

This approach has clinical implications as well, Radomsky notes. With a deeper understanding of what leads to a patient’s choices, a therapist can help them make better ones in the future.