Researchers in the United States say the severe acute respiratory syndrome coronavirus 2 (SARS-CoV-2) variant – P.1 – that has recently emerged in Brazil shows a worrying level of resistance to neutralization by antibodies.

The SARS-CoV-2 virus is the agent responsible for the coronavirus disease 2019 (COVID-19) pandemic that poses an ongoing threat to mankind and has now claimed the lives of more than 2.56 million people globally.

The team from Columbia University in New York found that as well as being resistant to several neutralizing monoclonal antibodies (mAbs), the P.1 variant is also over six times more resistant to neutralization by convalescent plasma and more than twice as resistant to sera from vaccinees than the wildtype virus.

However, the loss of neutralizing activity that convalescent plasma and vaccine sera showed against P.1 was not as significant as the reported loss of activity against the B.1.351 variant identified in South Africa.

David Ho and colleagues say this suggests that the risk of re-infection and decreased vaccine efficacy posed by P.1 may not be as severe as that posed by B.1.351.

A pre-print version of the research paper is available on the bioRxiv* server, while the article undergoes peer review. 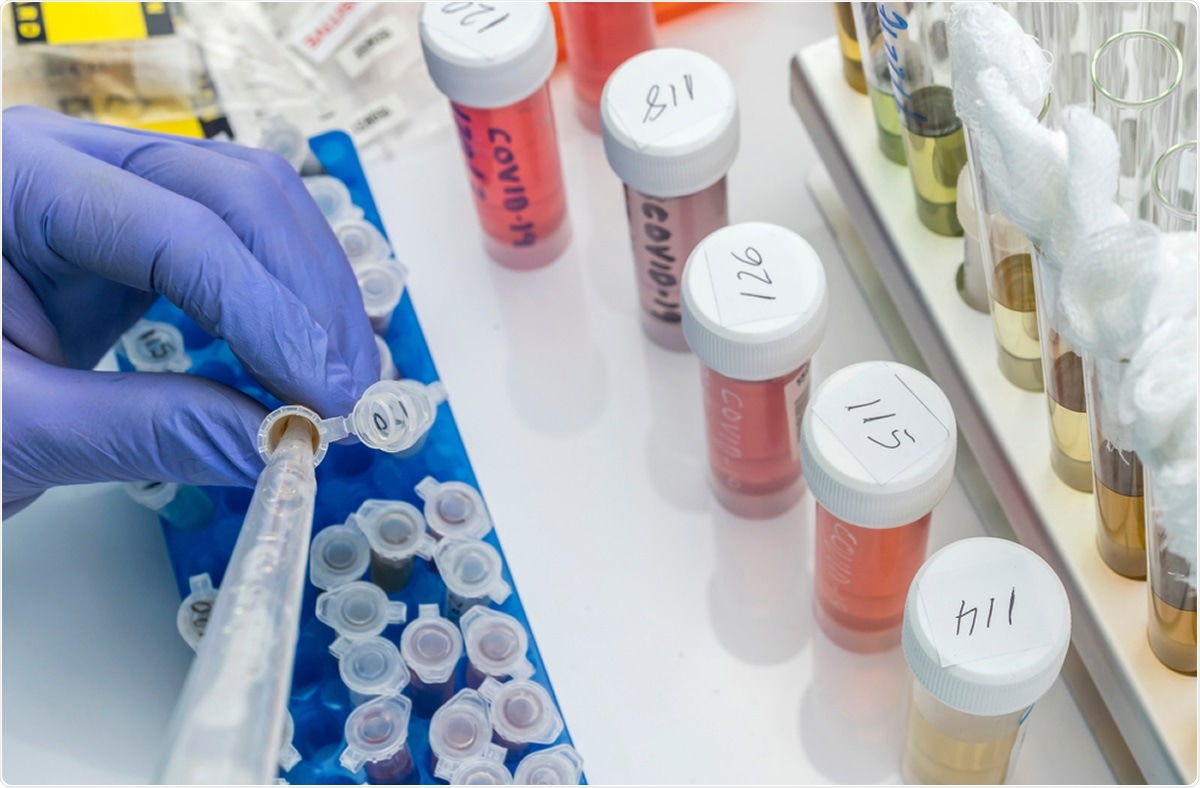 A number of studies have shown that the SARS-CoV-2 variants B.1.1.7 and B.1351 recently identified in the UK and South Africa, respectively. These harbor mutations confer resistance to the neutralizing activity induced by previous infection or vaccination.

The P.1 variant that has emerged in Northern Brazil has been shown to contain ten mutations in the viral spike protein – the main structure SARS-CoV-2 uses to bind to and infect cells. 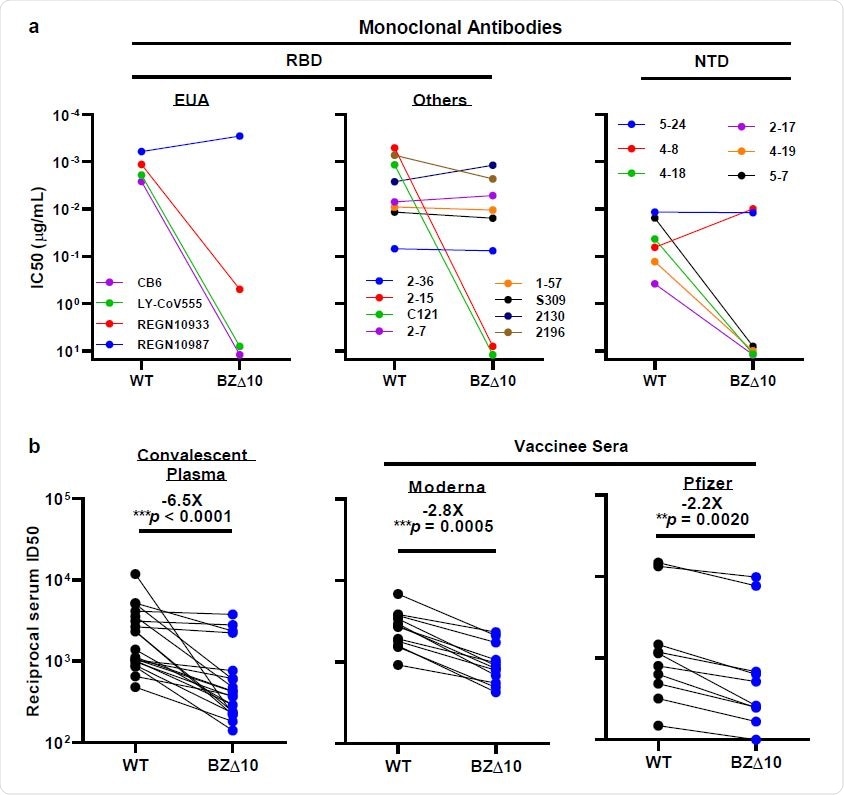 The three RBD mutations are the same as those found in the RBD of B.1.351, a variant that has been shown to resist neutralization by some mAbs, convalescent plasma, and sera from vaccines.

“This new variant could threaten the efficacy of current mAb therapies or vaccines because it shares mutations at the same three RBD residues with B.1.351,” writes Ho and the team.

The researchers created a SARS-CoV-2 pseudovirus containing all 10 mutations (BZ∆10) found in the P.1 variant and assessed its susceptibility to neutralization by 18 neutralizing mAbs, 20 plasma samples from convalescent individuals and 22 serum samples from vaccinees.

When the team tested BZ∆10 against four mAbs that have received emergency use authorization (EUA), including imdevimab, casirivimab, bamlanivimab, and etesevimab, the only one that retained its original neutralizing activity was imdevimab. The neutralizing activity of the remaining three was either markedly reduced or undetectable.

“Here we report that P.1 is indeed resistant to neutralization by several RBD-directed mAbs, including three with EUA,” write Ho and colleagues.

mAbs targeting the RBD and NTD

Next, the team tested eight RBD-targeting mAbs, which revealed that two previously potent mAbs exhibited no neutralizing activity against BZ∆10.

“Overall, these findings mimic those observed for B.1.3513, which should not be surprising since the triple RBD mutations in P.1 and B.1.351 are largely the same,” say the researchers.

The BZ∆10 pseudovirus was also highly resistant to neutralization by four of six NTD-targeting mAbs tested. However, two mAbs targeting the antigenic supersite in NTD that have completely lost neutralizing activity against B.1.3513, remained active against BZ∆10.

“The resistance profiles are markedly different for P.1 and B.1.351, reflecting their distinct sets of mutations in NTD,” writes the team.

To understand the specific mutations responsible for this pattern of neutralization, the researchers tested these NTD-targeting mAbs against a panel of pseudoviruses that each contained only one of the five NTD mutations (L18F, T20N, P26S, D138Y, and R190S) found in P.1.

What about convalescent plasma and vaccinated sera?

What do the authors suggest?

“Both convalescent plasma and vaccinee sera show a significant loss of neutralizing activity against P.1, but the diminution is not as great as that reported against B.1.351,” say the researchers. “Therefore, the threat of increased re-infection or decreased vaccine protection posed by P.1 may not be as severe as B.1.351.”

Sally first developed an interest in medical communications when she took on the role of Journal Development Editor for BioMed Central (BMC), after having graduated with a degree in biomedical science from Greenwich University.