Scientists have discovered six previously unknown coronaviruses in bats. The animals were in regions of Myanmar where humans come into close contact with wildlife as a result of agriculture, deforestation, and other ecological disruption. 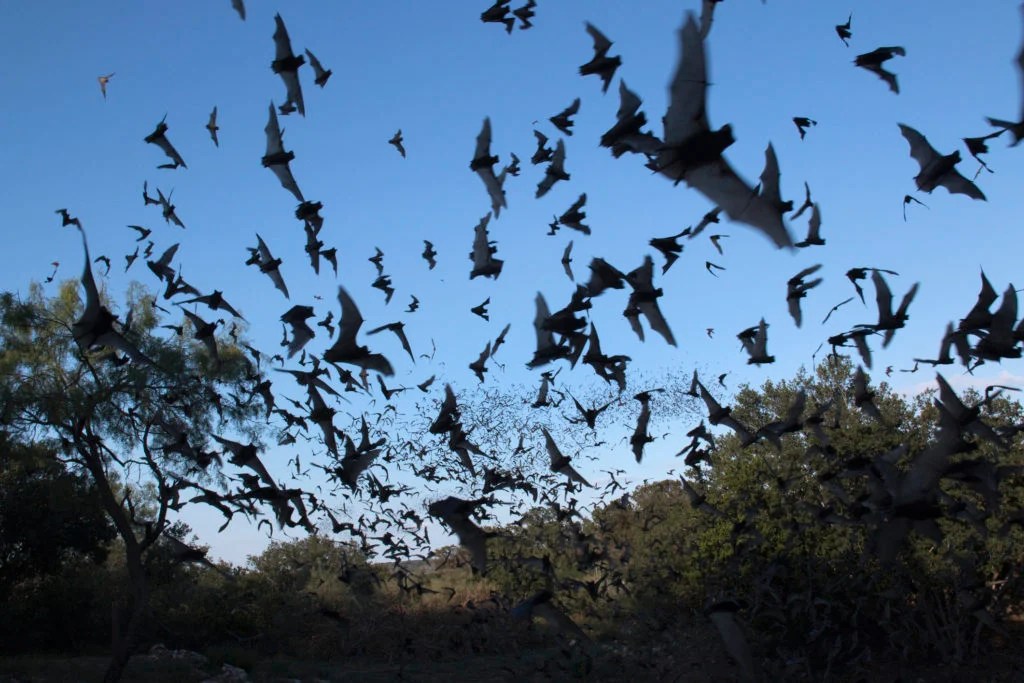 Wild bats are generally beneficial for people living in many areas around the world. They pollinate crops, control pest insects, and produce guano, which farmers collect from caves to use as fertilizer.

Many experts think that these mammals were the original hosts of several viruses that pose a significant threat to human health.

Coronaviruses are a family of viruses that comprise RNA enclosed within an envelope of protein and fat molecules. They commonly infect the respiratory and gastrointestinal tracts of their mammalian and bird hosts.

The coronavirus that causes COVID-19, known as SARS-CoV-2, shares 96% of its genetic sequence with a virus found in bats. This led scientists to conclude that SARS-CoV-2 may have jumped species from bats into humans, possibly via pangolins.

A study in 2017 estimated, bats may play host to more than 3,200 coronaviruses, most of which remain undiscovered.

A survey conducted in Myanmar, published in the journal PLOS ONE, has identified six new coronaviruses in bats.

By bringing people and wild animals into closer contact, ecological disruption, such as clearing forests for agriculture, increases the likelihood that viruses will make the leap into human populations, says Marc Valitutto, who led the study.

“Viral pandemics remind us how closely human health is connected to the health of wildlife and the environment,” says Valitutto, a former wildlife veterinarian who now works for the Global Health Program at the Smithsonian National Zoo and Conservation Biology Institute in Washington, DC.

“Worldwide, humans are interacting with wildlife with increasing frequency, so the more we understand about these viruses in animals — what allows them to mutate and how they spread to other species — the better we can reduce their pandemic potential.”

The project was part of PREDICT, an initiative funded by the U.S. Agency for International Development to discover pathogens with the potential to spread from animals to humans.

It brought together scientists from the Smithsonian, the University of California, Davis, and government scientists in Myanmar.

They first identified three sites where humans have come into closer contact with wildlife populations due to changes in land use and development.

Two of the sites included cave systems where people have routine exposure to bats through guano harvesting, religious practices, and ecotourism.

Between May 2016 and August 2018, the scientists caught bats in mist nets, took saliva samples, then released them. They also collected fresh bat guano from the floors and entrances of caves.

The authors stress that the newly discovered viruses are not closely related to the coronaviruses that cause SARS, MERS, and COVID-19.

They also don’t know whether the viruses have the potential to cause serious illness in humans.

“Many coronaviruses may not pose a risk to people, but when we identify these diseases early on in animals, at the source, we have a valuable opportunity to investigate the potential threat,” says Suzan Murray, who is director of the Smithsonian’s Global Health Program and a co-author of the study.

“Vigilant surveillance, research, and education are the best tools we have to prevent pandemics before they occur.”

Guano samples accounted for the majority of the coronavirus particles that the researchers found. This suggests that guano may be an important viral transmission route from bats into people and a particular health threat for those who harvest and use it as fertilizer.

Human infections that originate in animals are known as zoonoses.

Researchers estimate that 60–75% of emerging infectious diseases are zoonoses, and of these, more than 70% may have originated in wildlife species, such as bats.

The authors recommend intensive surveillance of the bat populations that come into close contact with people to identify future health threats.

In their paper, they conclude:

“Land use change will likely continue bringing people into closer proximity with bats, raising encounter rates and opportunities for spillover, facilitating the emergence of zoonotic viruses, and supporting the need for surveillance […] Mounting evidence supports the role of bats in the transmission of viruses of public health concern — including SARS-CoV and MERS-CoV — and the zoonotic potential of unknown bat-borne coronaviruses warrants vigilant, continued surveillance.”