You are here:
Home / Health News / A new therapeutic target against the most common lung cancer

A new therapeutic target against the most common lung cancer 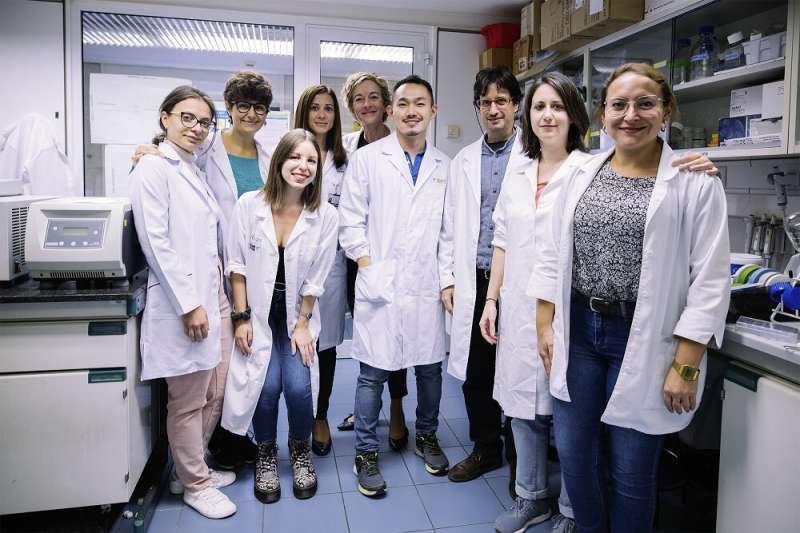 TIMP-1 protein levels in both tissues and blood have been repeatedly associated with a poor prognosis in lung cancers, but its role has been unknown. Now, a study led by Jordi Alcaraz, lecturer at the Faculty of Medicine and Health Sciences of the UB and researcher at the Institute for Bioengineering of Catalonia (IBEC), has determined that this protein is not only a good biomarker, but is also involved in the progression of lung adenocarcinoma. These results, published in the journal Matrix Biology, open the door to the design of new treatments against this disease.

“In recent decades, cancer research has been aimed at having more specific treatments for each type of tumor and patient, improving the patients’ prognosis. In this line, this study is relevant because it identifies a therapeutic target for those patients with adenocarcinoma subtype non-small cell lung cancer, the most common lung cancer,” says Paula Duch, UB researcher and first author of the article.

A unique collection of patient-derived fibroblasts in Spain

TIMP-1 is a protein unusually secreted by fibroblasts, a type of non-malignant cell that accompanies cancer cells and is the main component of what is called the tumor microenvironment. To understand the role of TIMP-1 in this process, the researchers used a unique collection of fibroblasts derived from lung cancer patients at the Hospital Clínic in Spain. Specifically, they performed cell culture assays in vitro and in vivo on non-small-cell lung cancer, which accounts for up to 85% of lung cancers and is subdivided into two subtypes: adenocarcinoma and squamous cell carcinoma.

The results first showed that elevated levels of TIMP-1 in lung cancer are due to fibroblasts secreting “pathological levels” of this protein. Next, they found that TIMP-1 from fibroblasts causes increased tumor proliferation and invasion when it interacts with the CD63 receptor on cancer cells. And finally, says Jordi Alcaraz, a researcher at CIBERES, they found that “this tumor axis formed by the interaction between TIMP-1 and CD63 occurs only in the adenocarcinoma subtype and not in squamous cell carcinoma.”

These results may facilitate the development of new therapies directed against this pathological interaction. “Knowing that patients with adenocarcinoma have hyperactive fibroblasts that secrete TIMP-1 excessively allows us to consider the use of therapies that prevent its secretion,” explains Paula Duch.

In this sense, the study, in addition to showing that fibroblasts play a very important role in tumor progression, also opens up a way to “attack this tumor axis”: the so-called antifibrotic drugs, developed to inhibit the pathological functions of these cells. “The idea is to examine whether antifibrotic drugs are capable of inhibiting the abnormal secretion of TIMP-1 and whether this inhibition reduces the progression of adenocarcinoma tumors,” says the researcher. “In the long term, if this approach works, the use of these antifibrotic drugs in combination with anti-cancer therapies that attack other aspects of the tumor, such as immunotherapy, could be considered.”