You are here:
Home / Health News / Vaccine additives can enhance immune flexibility, with implications for flu and SARS-CoV-2

Vaccine additives can enhance immune flexibility, with implications for flu and SARS-CoV-2 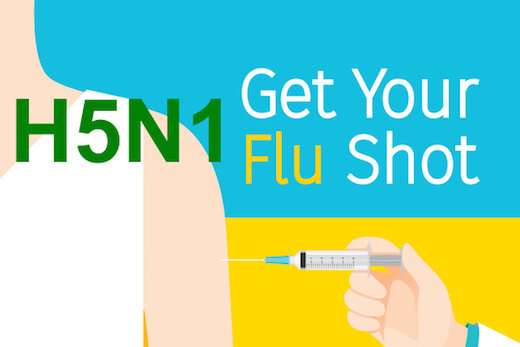 A vaccine additive known as an adjuvant can enhance responses to a vaccine containing the exotic avian flu virus H5N1, so that both rookie and veteran elements of the immune response are strengthened, according to results from an Emory Vaccine Center study.

The findings have implications for the effort to develop vaccines against multiple strains of flu, as well as the current push for vaccines against SARS-CoV-2. The Emory study was a test of what happens when the body sees something new—in contrast to seasonal flu vaccination, which often re-activates the same memory B cells the immune system relied upon in past years.

The study provides guidance on how adjuvants might become part of a proposed “universal” flu vaccine, aimed at protecting people against a wider variety of influenza strains. In addition, vaccine designers are considering how to optimize immune responses against SARS-Cov-2, which few had encountered before 2020.

The results are scheduled for publication in Proceedings of the National Academy of Sciences.

“We saw that an adjuvant makes it possible to efficiently engage both memory and naive B cells, expanding the repertoire of the antibody immune response to influenza,” says first author Ali Ellebedy, Ph.D., who did the study while he was a postdoctoral fellow in Rafi Ahmed’s lab at Emory Vaccine Center.

The H5N1 vaccination study was performed at Emory Vaccine Center’s Hope Clinic. Ellebedy is now an assistant professor of pathology and immunology at Washington University School of Medicine in St. Louis. Collaborators from Stanford University and Icahn School of Medicine at Mount Sinai contributed to the paper.

“For a new pathogen like SARS-CoV-2, nobody has immunity,” says Ahmed, whose lab is part of a NIH-funded consortium developing flu vaccine candidates. “So the important thing is to have the vaccine bring out good responses from naïve B cells, whose frequency is low. For universal flu, the situation is more complicated. You want to bring out both the cross-reactive memory cells and the naïve strain-specific cells. Looking ahead, adjuvants are going to be an important element of universal flu vaccine research.”

The particular adjuvant studied in the paper is called AS03, whose manufacturer GlaxoSmithKline is making it available for COVID-19 vaccine trials. The AS03 adjuvant could be relevant for extending the efficacy of limited doses of protein or viral subunit-based vaccines, but less so for newer mRNA-based vaccines, Ahmed says.

The Hope Clinic study recruited 50 healthy young adults, who were (most likely) exposed to other flu viruses and vaccines earlier in their lives. The H5N1 vaccine, with AS03, was approved by the FDA in 2013 and is part of the national stockpile in case of pandemic flu. More information about the AS03-adjuvanted flu vaccine is available from the FDA.

Emory researchers had previously observed that when the immune system encounters an unfamiliar flu virus, which occurred for many during the 2009 H1N1 pandemic, the antibodies produced are able to neutralize a broader range of viruses. This came from the skew of the antibodies toward the “stem” (or stalk) region of the viral hemagglutinin protein, versus the “head.” The stem region doesn’t mutate and change as much as the head from year to year.

A similar phenomenon occurred in the H5N1 study, because the head region of the virus was unfamiliar, but the stem region was not. Without an adjuvant, the immune response to a low dose of the H5N1 flu vaccine was poor, the researchers found.

But with the adjuvant, immune responses changed markedly between the first and second dose. A week after the first adjuvanted vaccine dose, broadly cross-reactive antibodies produced by the immune system were mostly directed against the stem. This first wave came mostly from pre-existing memory B cells. After the second dose, the antibodies were more directed against the head, coming from strain-specific naïve B cells.

The researchers also offered an explanation for the shift in the antibody response after the second dose: essentially, the immune system is getting in its own way. After the second vaccination, the antibodies against the stem region are still in the body and they appear to be covering up those parts of the viral hemagglutinin protein, a phenomenon called “epitope blocking.”

How to buy ethically-made clothes without breaking the bank

Prevalence of lung condition more than double WHO figures, students find
Recent Posts
We and our partners use cookies on this site to improve our service, perform analytics, personalize advertising, measure advertising performance, and remember website preferences.Ok