You are here:
Home / Health News / Using your favorite song as an alarm can help you wake up more alert 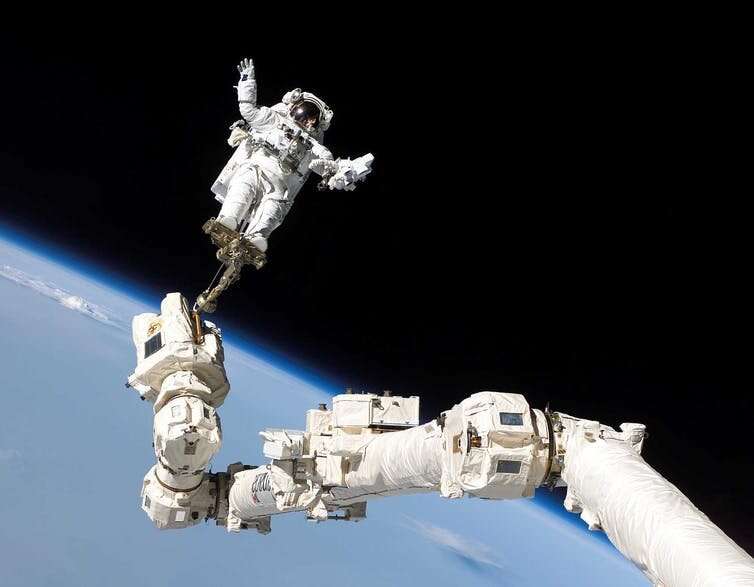 This morning after waking when the alarm went off, you may have experienced a feeling of grogginess and lack of alertness. This is a physiological phenomenon termed “sleep inertia.” If you experience this, you are not alone. Aboard the International Space Station a NASA astronaut reported: “The morning started disastrously. I slept through two alarms, one set for 0600 and another a half-hour later to remind me to take some CEO (Crew Earth Observation) pictures. My body apparently went on strike for better working conditions.”

Good-quality sleep—and feeling alert when we wake up—is vitally important. In Australia, lost productivity due to inadequate sleep has been estimated to cost A$17.9 billion a year. Sleep inertia can last up to four hours, although it can potentially be remedied by caffeine, light, or a nice hot shower.

But here’s another potential tactic to combat morning grogginess. Our new research shows how choosing the right sound to wake up to can reduce sleep inertia.

In an initial study, we found that alarm sounds perceived as “melodic,” irrespective of the specific type or genre, lead to significantly reduced feelings of sleep inertia, when compared with alternative musical variations such as “unmelodic” beeping alarms.

“Melodic” music can be defined as a tune that’s easy to sing or hum along to, such as Madonna’s song Borderline, Midnight Oil’s Wedding Cake Island, or Happy by Pharrell Williams.

To study this intriguing effect in more depth, we carried out a second study to evaluate the effect of wake-up music on factors such as mental alertness.

We used a custom-designed app to allow participants to wake in their own bed to different alarm sounds on their smart-phone, then immediately perform a game-like task to assess their state of alertness. Similar to the test performed by astronauts on the International Space Station to monitor changes in sustained attention, our participants were required to touch their mobile phone screen as quickly as possible when the color of a shape changed.

Melodic alarm sounds resulted in participants having faster and more accurate responses, compared with a control group who woke up using classic alarm sounds without melody. 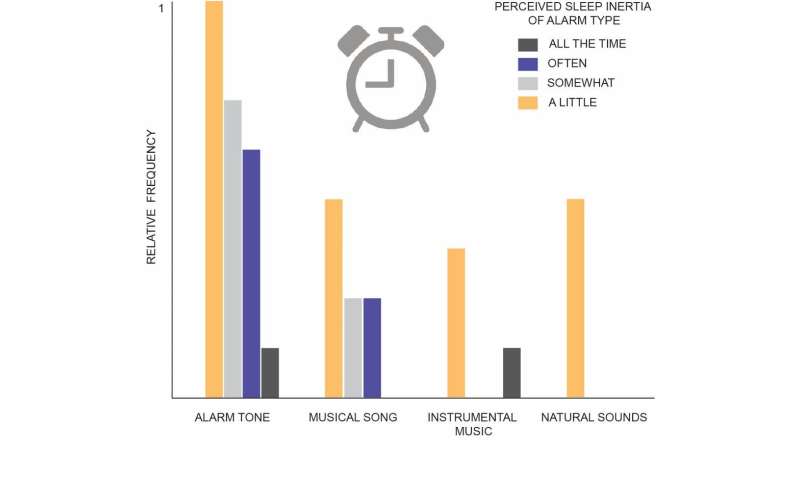 Do other alarm sounds influence how well we wake up?

We don’t always awaken to a preset alarm. Sometimes we have to wake up quickly, perhaps to a smoke alarm, for instance. Some people, such as members of the military or emergency services, have to wake promptly and immediately respond to urgent situations.

To look at these cases, we reviewed all the available research on both sound alarm design and awakening in different age groups. This revealed that in emergency scenarios, children are also receptive to how alarm sound design affects their waking state.

When children awaken in emergency conditions, a low-pitched alarm or even the sound of a human voice seem to be much more effective than conventional higher-frequency alarms at combating the effects of sleep inertia. With the right type of alarm, children demonstrated better response time and memory of events, which is likely to be important in following instructions or action plans in an emergency such as a fire.

Why are these lower-pitched sounds more effective? It might be because there are crucial frequency bandwidths and how sound is processed by the inner ear and then the brain. For example, it has been shown that music does activate certain areas of the brain that control attention, although the exact mechanisms of this effect are still being investigated.

Efficiencies of sound and waking

Given we now know that different alarm sound types can influence how humans wake in normal, residential and emergency scenarios, it is interesting to consider the possibilities presented by modern technology.

Digital audio is now readily accessible and easy to share, meaning that when we go to bed we can set ourselves an alarm consisting of almost any conceivable sound.

What’s more, wearable technology and health monitoring apps are improving so rapidly that they might be able to help us choose the exact best alarm for us. You could even tailor it to different situations: if you have to wake up early and drive kids to school, you might choose a wake-up alarm that leaves you as alert as possible, whereas you might choose something different to wake up for your Saturday morning yoga class.

Vehicles could be fitted with personalized alarms to help drivers stay focused and avoid falling asleep at the wheel. Human space exploration may one day use these types of sound treatments to maximize astronaut well-being and performance.

Like the astronauts orbiting above Earth, we all have to live and work in a complex world. Almost all of us sometimes have to wake up before we’re ready, and feel groggy as a result.

Related posts:
Tags: alarm alert an as can favorite help more song Up using wake? you your
SHARE ON SOCIAL MEDIA
RELATED NEWS