I could have easily let my diagnosis derail my plans and aspirations, but I did not let myself become despondent. While I did not fully grasp what the condition would involve, I knew it would change everything. But as the saying goes, when one door closes, another opens.

In fact, my diagnosis was the spark that ignited my return to academia. My inquisitive nature led me down a rabbit hole of the idiosyncrasies of the condition and pushed me to pursue a Ph.D. Now, I am looking for people who have gone through a similar journey to take part in my research.

In March 2017, I had spent a few weeks feeling unwell: blurred vision, unquenchable thirst, constantly needing to urinate, and a general feeling that something was wrong. My husband half-jokingly suggested it sounded like diabetes and that I should go to the doctors, but I dismissed this idea, thinking nothing more of it.

Despite feeling unwell, I kept upbeat, preparing myself for a once-in-a-lifetime trip to Japan that my husband and I had planned for months. However, due to my eyesight, I added a stop to the optician to my holiday checklist. While I was there, the optician asked if I or anyone in my family had diabetes. The answer was no to both.

After the appointment, I went to work as usual. The lingering mention of diabetes obviously became stuck in my head, as I made a passing comment to my manager about the optician’s question. He called over our colleague who had type 1 diabetes and suggested that out of curiosity, we use his blood glucose meter to check my glucose levels.

As my colleague prepared his glucometer, I remembered thinking it was a lot of effort and materials to check something that most people take for granted. After pricking my finger and placing a droplet of blood onto the test strip, I handed it back to my colleague. I heard a little beep to indicate the reading was complete and saw his face drop. He told me that I had to go to the hospital immediately.

My reading from that initial check indicated that my glucose levels were six times higher than what health experts consider healthy. When I arrived at the hospital, I explained the situation, and a doctor came quickly to see me. Again, I was asked if I was diabetic, to which I replied no.

After several blood tests, the doctor came back and explained that the tests showed I had autoantibodies in my blood that are indicative of type 1 diabetes.

I was diagnosed there and then. The doctor informed me that if I had gone on holiday as originally planned, I likely would have fallen into a life threatening diabetic coma. He added that I was feeling unwell, as I had entered a state of diabetic ketoacidosis. This refers to a dangerous buildup of harmful substances called ketones in my blood due to a lack of insulin.

What is type 1 diabetes?

Some people may not be aware of the differences between type 1 and type 2 diabetes. In my experience, when I say I developed diabetes in adulthood, people tend to assume I have type 2. It is a common misconception that only children receive a diagnosis of type 1 diabetes. However, roughly 50% of diagnoses occur after the age of 18 years.

Type 1 diabetes is an autoimmune disease where the body’s immune system destroys the insulin-producing beta cells in the pancreas. In contrast, type 2 diabetes is when the body cannot produce enough insulin, or the cells in the body fail to react to insulin. 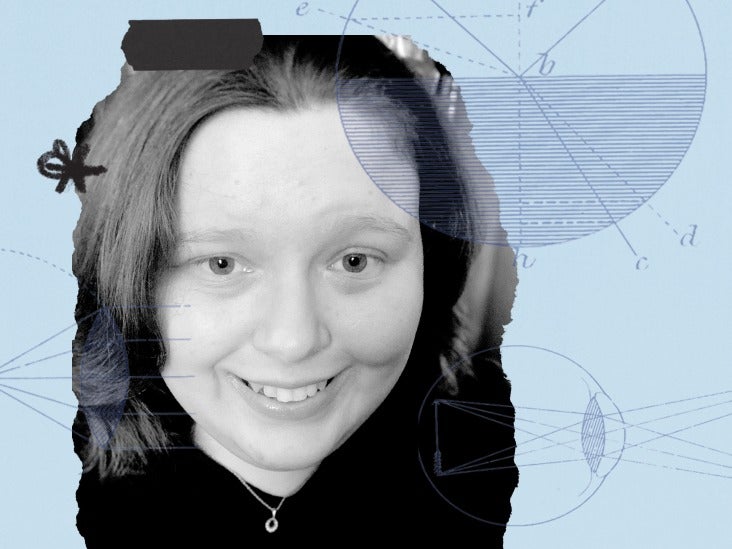 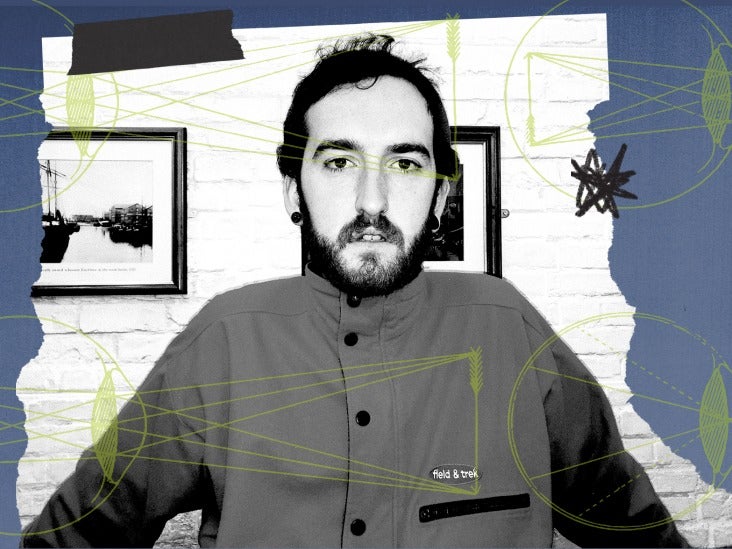 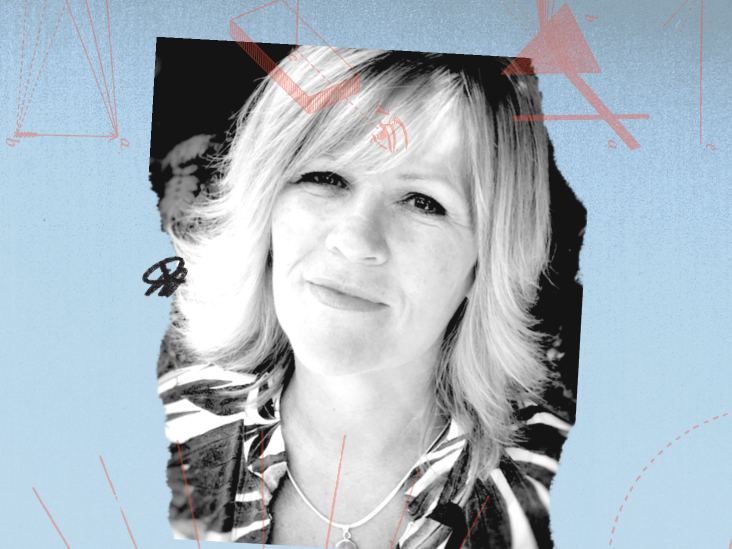 I found the news of my diagnosis devastating. At that point, I had limited knowledge of the condition, and being told I would need multiple daily injections for the rest of my life scared me.

I am a massive foodie, love concerts, and live a very sporty lifestyle. I thought my diagnosis would mean giving up everything I enjoyed in life. I had to stay overnight at the hospital as the healthcare team monitored my sugar levels. I did not sleep much that night and spent most of my time reflecting on the drastic changes in my life.

After I was deemed stable, I received reading material on my new condition, which included instructions on administering insulin. Excited to go home, I struggled to take much information in but was informed I could only leave after demonstrating I was able to inject myself with insulin safely. This is now something I regularly do multiple times a day.

Learning to adapt and manage

Living with and managing type 1 diabetes has been a steep learning curve. I typically check my glucose levels 5–10 times a day. I found having to check through drawing blood from the side of my fingertips a painful experience. As this check requires several bits of equipment, I also found it inconvenient.

Fortunately, I was placed on to the Freestyle Libre 2 years ago. This is a continuous glucose monitoring system that replaces most of my finger-pricking checks. Every 2 weeks, I insert a new sensor into my upper arm. Now, instead of pricking my fingers regularly, I can just scan the sensor with my phone to check my glucose levels conveniently. The app also keeps a log of my sugars and provides other useful data.

When necessary, I correct my sugar levels with insulin. I have a long-lasting insulin I take before bed, which stabilizes me for 24 hours, and a fast-acting insulin, which I take when I eat.

To figure out how much to inject, I quickly had to learn to carb count. This involves measuring or estimating the amount of carbohydrates in my meal or snack and administering an appropriate amount of insulin. As a general rule, my insulin to carb ratio is 1:10, meaning that for every 10 grams of carbs, I will typically inject one unit of insulin.

This is a general rule, though, and it has been an experience discovering which foods do not play by these rules. For example, I find that pizza and gnocchi require extra insulin and monitoring.

Living with type 1 diabetes is a constant balancing act. I need to try and stay within a healthy range to avoid hypoglycemic and hyperglycemic episodes. This can be challenging, as so many things, such as emotions, misjudging a dose, exercise, and illness, can all impact my glucose levels.

People often ask me what hypoglycemia feels like. Symptoms typically vary from person to person, but personally, a hypo makes me feel hot and causes me to start sweating and shaking. Sometimes, if my glucose levels go particularly low, I also start speaking incoherently. Normally, a small can of cola or three pieces of jelly candy is enough to help me.

The worst and scariest instance of hypoglycemia happened late one night. I did not check my glucose levels but felt my usual symptoms to indicate my levels were low. I got up from watching Netflix in bed and headed to the kitchen to grab a can of cola.

However, as I made my way down the corridor, I realized that I was in a worse state than I originally thought. I was drenched in sweat, struggling to think straight, and everything was spinning. I could tell I was very close to passing out.

I managed to slump to the floor and mustered enough energy to call out to my husband for help. He immediately ran to me, cola in hand, and found me lying on the floor. After checking I was (just about) conscious, he sat me up and helped me drink the cola. That was a terrifying close call and one I never want to experience again.

In case of such events, I also have an emergency kit containing a shot of glucagon. This is another hormone that can help raise my sugar when levels are dangerously low. So far, I have managed to control my diabetes well enough not to need it, and I intend to keep it that way.

Where am I now?

After 4 years and 7 months with diabetes, this is my new normal! There are days when it can be challenging, but generally, I feel in control of the condition. Although I have to be mindful of my health, at no point do I believe diabetes has held me back or limited me. I still do and (most importantly) eat everything I previously did.

As a psychology undergraduate and naturally curious person, I spent a lot of time reading about diabetes. This is where I encountered the term “diabetes distress.” This refers to a common feeling of frustration or overwhelmingness caused by living with and managing diabetes. This resonated with me, as I found it was something I struggled with in my first year.

The more reading I did, the more I noticed an absence of research investigating the experience of diabetes distress, specifically in adults recently diagnosed with type 1 diabetes such as myself. Rather than wait for others, this inspired me to apply for a Ph.D. so that I could fill this research gap.

Take part in my research!

If you are an adult living in the United Kingdom who has received a type 1 diabetes diagnosis in the last 12–36 months, you may be eligible to take part in my research. Participation involves an audio-only interview over Microsoft Teams or Skype about your experiences.

To find out whether you meet the criteria and for further details, please click here.