You are here:
Home / Health News / The TGA has issued a health influencer ‘ban’. This is what it means

The TGA has issued a health influencer ‘ban’. This is what it means

It is not news that social media is a wild west when it comes to health information, a platform where fantasy and reality meld seamlessly.

In 2015, Melbourne-based Belle Gibson went from being a top wellness influencer, making a lucrative career out of claims she cured brain cancer through nutrition, vitamin supplements, oxygen therapy and colonics, to being among the top 10 internet villains of the year when it was revealed she never had cancer at all. 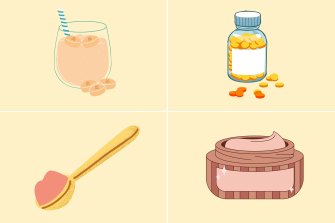 Despite her public fall from grace, many influencers didn’t skip a beat. Most aren’t making claims as grandiose as Gibson, but a cohort of influencers still share misleading posts, make fake reviews and pass off paid testimonials as genuine.

Via testimonials, which for some big names can reach an audience of millions, we hear about the ways various supplements, teas, vitamins, powders, treatments and devices healed them, helped them, saved them. And they can be paid a pretty penny to say it. Influencers can earn between $1000 and $10,000 for a post, according to Jessy Marshall, the founder of beauty, fashion and lifestyle PR agency Hive HQ.

“Influencer marketing has become a major strategy for most beauty and wellness companies,” says Dr Yousuf Mohammed, a research fellow at University of Queensland’s Diamantina Institute. “This trend… encourages trust and influence often from people not qualified in the understanding of therapeutic effects and toxicology of products, their excipients, and the associated risk-benefit profile of the overall products.”

In January, the Therapeutic Goods Association (TGA) updated its code, restricting the way influencers can post about products administered by the regulator, including supplements, protein powders, vitamins, sunscreens, skincare for acne, medicines and medical devices.

Following an article published on the weekend, which suggested influencers would be banned from receiving cash or gifts to promote health and skincare products, there was confusion about what the new rules entailed. The fact is that influencers can still advertise these products.

“Presenting this change as a ‘ban’ on influencers advertising health and wellness products is unhelpful and not true,” said Dr James Kite, a University of Sydney lecturer in disease prevention and health promotion.

So, what do the changes involve exactly? Central to the change is a differentiation between endorsements and testimonials.

Australian influencers have permission to endorse – or advertise – products. They must disclose an advertisement with hashtags like #Ad or the words “paid partnership”.

What they can no longer do is publish testimonials, offering their personal experience or opinions, if they have been paid or gifted a product or service for free. As of July 1, influencers will also have to remove historical testimonials that have been paid, gifted or incentivised, or risk being penalised.

So, someone can post about the benefits a product claims to have, but not make other claims or make statements from a first-person perspective. They can say “These vitamins will support skin health”, but not, “These vitamins made my skin look brighter and younger and changed my life.”

“The changes require influencers to stop making therapeutic claims that haven’t been tested and approved,” Kite says. “Ending ‘cash for comment’ arrangements is also consistent with standards in place for other types of media. This is a very sensible policy change by the TGA that protects consumers from harmful misinformation.”

The TGA rule also applies to other products, like cosmetics, if they make therapeutic use claims, such as “removes toxins”, “fades age spots”, “relieves pain”, “aids sugar metabolism” or “reduces inflammation in the body”.

The TGA is not responsible for goods that don’t purport to have health benefits, like junk food, alcohol or beauty products.

“This only relates to therapeutic goods which are those that are advertised as being for therapeutic use – that’s treating an injury, treating illness or importantly in this climate, preventing illness,” explains Suzy Madar, a partner at law firm King and Wood Mallesons.

“There are a few other ones that don’t fall into those categories that do have a therapeutic use like sunscreen, tampons, disinfectants.”

The TGA has been working on this for some time and seems to have been influenced by a concern about advertising that played on fear during the COVID pandemic, explains Madar.

Jessy Marshall is among those arguing against the inclusion of sunscreen in the new ban.

“Logic tells me we should have more influence and promotion of SPF use, not less,” says Marshall, whose clients include skincare brands, Bangn Body, Naked Sundays, tbh Skincare, and RAWKANVAS.

“I find it upsetting to hear that some of our brands will be affected by this. They’ve done the right thing and spent the money and time to get approved, surely products shouldn’t be penalised for this.”

“While this may seem heavy-handed, advertising therapeutics, even ones as innocuous as sunscreen, requires high ethical standards,” Musgrave says.

It is not the only contentious issue. “Whether a product is therapeutic or cosmetic is murky territory. For example, a product used as a skin treatment might be a cosmetic, but as soon as it is marketed for acne, for example, then there’s a risk the product is a therapeutic good,” Madar explains. “It depends on what the advertising claims the product is to be used for. That’s something we give a lot of advice on because the distinction is difficult to make in some instances. ”

Madar doesn’t believe manufacturers will stop seeking TGA approval so that influencers can continue to make first-person claims as there are serious penalties for promoting a therapeutic product that is not registered.

As influencers transition to the new code by June 30 and revise their marketing strategies, we are likely to see fewer bogus reviews and promotions, at least in the health space.

“Influencers will be used more for more brand endorsement,” Madar predicts. “There’s a bit of a grey area between endorsement and testimonial. I think the TGA will be very keen though to make sure people stay on the right side of that.”

Make the most of your health, relationships, fitness and nutrition with our Live Well newsletter. Get it in your inbox every Monday.