You are here:
Home / Health News / The other pandemic: world urged to learn TB lessons

The other pandemic: world urged to learn TB lessons 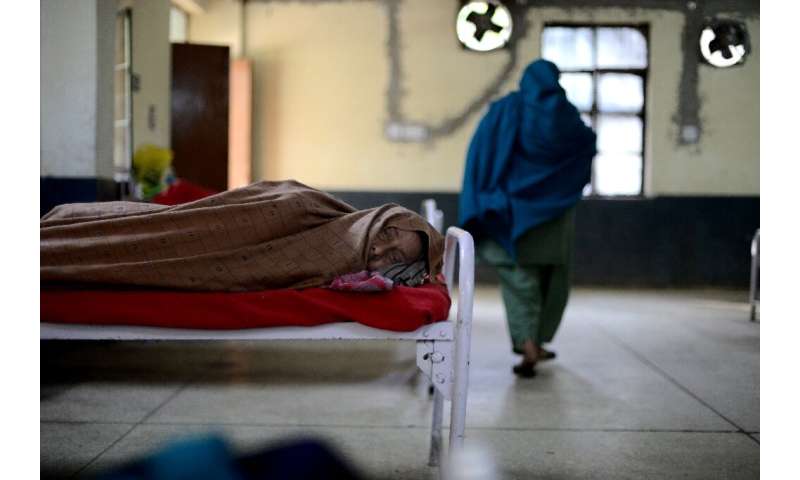 With the death toll soaring past 300,000 this year and a quarter of humanity now infected, the pandemic shows no signs of abating as it spreads invisibly throughout vulnerable communities.

Yet unlike the novel coronavirus, this disease is preventable, curable and centuries-old: tuberculosis.

On the occasion of World TB Day, experts warned Tuesday that the sheer number of people impacted by tuberculosis—which leaves survivors with permanent lung damage—means there are additional millions globally vulnerable to COVID-19.

TB is latent in one in four people on Earth and has been around for tens of thousands of years. Every year around 10 million people are infected; more than 1.2 million die.

While TB was declared a global health emergency by the World Health Organization back in 1993, it remains the world’s number one infectious killer.

The vast majority of TB deaths occur among poorer populations, meaning the disease is largely out of the mind of policymakers despite its devastating annual toll.

Experts said that global health systems could learn a number of lessons from the fight against TB, for which a vaccine exists and a diagnostic test which takes minutes.

“We know what works to fight COVID-19 from our experience and the tools we have to end TB: infection control, widespread testing, contact tracing,” said Jose Luis Castro, executive director of The International Union Against Tuberculosis and Lung Diseases.

“Prevention of any disease requires political will—and prevention remains the biggest tool we have to address COVID-19.”

World governments have taken unprecedented peacetime measures to try to slow the spread.

Grania Brigden, TB director at The Union, told AFP that testing capacity was crucial in tackling both diseases.

“With TB we’ve struggled with research and development investment to get good, accurate diagnostic tools and better treatment but actually we are there now,” she said.

Several countries on the frontline of the TB war are seeing their treatment and testing services disrupted by COVID-19, further straining healthcare systems as the pandemic spreads.

COVID-19 is already affecting supply chains of all medicines and most equipment used to treat other infectious diseases such as face masks and antibiotics.

There is in particular growing concern among the global health community that COVID-19 could especially hit regions such as sub-Saharan Africa and South Asia where healthcare systems are woefully under equipped to deal with a spike in cases.

“People affected by TB, HIV and other infectious diseases as well as prisoners, migrants and people living in poverty will be at greater risk of reduced access to healthcare,” The Union said in a statement.

‘Protect people outside our bubbles’

While COVID-19 does not appear to cause serious symptoms in children, they are thought to be significant spreaders of the disease to older people.

Brigden said that while TB in children was largely ignored by health responders, they went on to learn several lessons on disease control from them.

“We understand that focusing on children is a key area,” she said.