Sue Nicholls, 76, first appeared in Coronation Street back in 1979 and played the role on a recurring basis for six years. Coronation Street has become one of the most popular shows on British television with legions of fans, and one particular fan, who works as a nurse, noticed a worrying symptom on Sue’s face. Anna Bianconi-Moore, a nurse at the dermatology clinic at Addenbrooke’s Hospital in Cambridge, had just returned from a late shift and tuned into her favourite show when she noticed the worrying sign.

Inept at looking out for health warning signs and symptoms, Anna noticed an irregular-looking mole on Sue’s shoulder, which is one of the major symptoms of skin cancer.

Anna spoke to Mail Online in 2012 and said: “I noticed it was irregular in shape and had at least three different colours that I could distinguish by standing close to the television.” 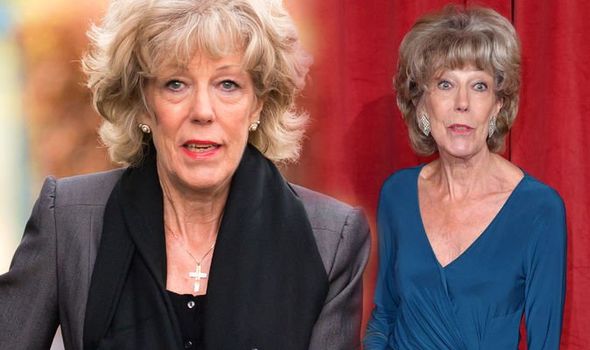 “These are two of the red-flag signals that distinguish the most deadly form of skin cancer – malignant melanoma.

I was obviously incredibly worried for Sue, and felt I needed to do something,” Anna continued.

Extremely worried about her discovery and feeling the need to warn Sue, Anna contacted ITV informing them of her realisation.

Anna said: “I wrote that I had observed a sinister-looking lesion and suggested that Sue should see a specialist, sooner rather than later, as it may require urgent attention.”

Sue took the advice from Anna and had her mole checked out by the company doctor.

The mole was measured and Sue was told to return in a few months to monitor the mole and see if it has grown since.

Sure enough, the mole had grown a quarter inch during that time and Sue was then referred to a skin cancer specialists who made the decision to completely remove the potentially cancerous mole.

ITV said of Anna’s discovery and crucial knowledge on the matter: “Anna Bianconi-Moore was watching a scene in which Sue Nicholls – who plays Audrey Roberts – was in a sleeveless nightie when she noticed a mole on her shoulder.

“That mole turned out to be the most deadly form of skin cancer. Whilst millions watched the same scene in their living rooms at home, specialist skin care nurse Anna was able to diagnose the blemish as malignant melanoma after pausing the TV and taking a closer look. 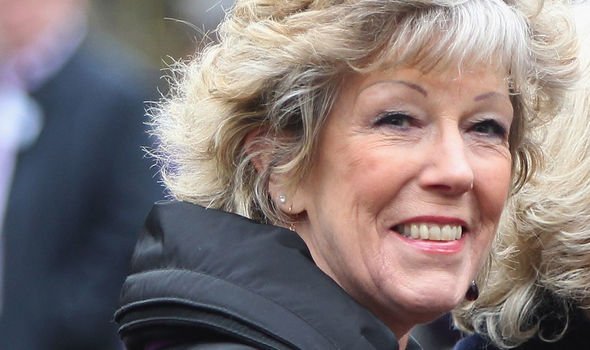 “The 55 year old who’s from Suffolk then got in touch with the show to warn Sue to get the mole checked.

“In the end, almost a year passed before Sue had the mole removed and the diagnosis of malignant melanoma was confirmed.

“The actress then appealed for the viewer to get back in touch.

“The two finally met on the Coronation Street set at the end of May so Sue could thank her in person – for potentially saving her life.” 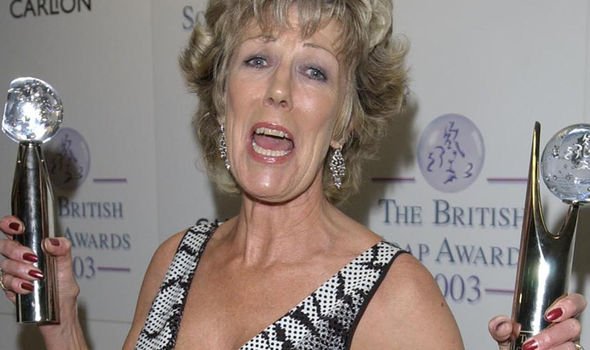 What are the main symptoms of skin cancer?

The NHS said: “Changes to a mole or freckle can be a sign of skin cancer, which is why it’s so important to see your doctor straight away.

“Early detection makes it easier to treat. Seeing your doctor could save your life. The most common sign of skin cancer is a change to a mole, freckle or normal patch of skin.

“It’s important to know your skin and what it looks like normally so you notice any unusual or persistent changes.

“Use a mirror, or ask your partner or a friend to check the areas of your skin that you can’t see.

A change to a mole, freckle or normal patch of skin is a common sign of skin cancer, but there are also other signs to be aware of, including: