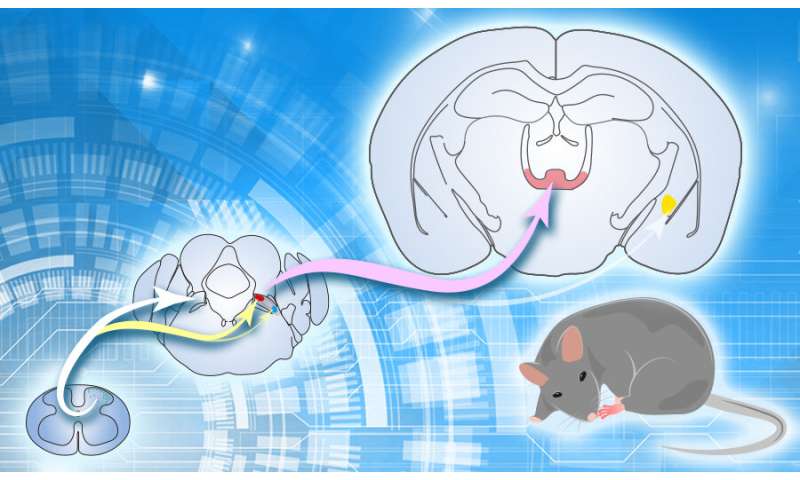 A recent study published in Neuron reveals the long-range circuit underlying nociceptive information processing. This work was performed by the researchers from Dr. Sun Yangang’s Lab at the Institute of Neuroscience, Center for Excellence in Brain Science and Intelligence Technology of the Chinese Academy of Sciences.

Pain sensation is critical for organisms to sense the changing environment for potential danger, and is thus important for survival. But chronic pain remains a major challenge in medicine, affecting the quality of life for more than 15% of the population. Mechanistic study of nociceptive information processing could identify new therapeutic targets for the treatment of chronic pain. Progress has been made in understanding the cellular and molecular mechanism for nociceptive information processing at the spinal level. However, how nociceptive signals are transmitted from the spinal cord to the brain is not fully understood.

Previous studies showed that spinal projection neurons send projections to multiple brain areas, including the thalamus, the periaqueductal gray, and the parabrachial nucleus (PBN). Using viral tracing approaches, the researchers in this study demonstrated that the spinal cord connects with the PBN in a bilateral manner, which is different from spinal projection targeting at other brain areas with a dominant contralateral pattern.