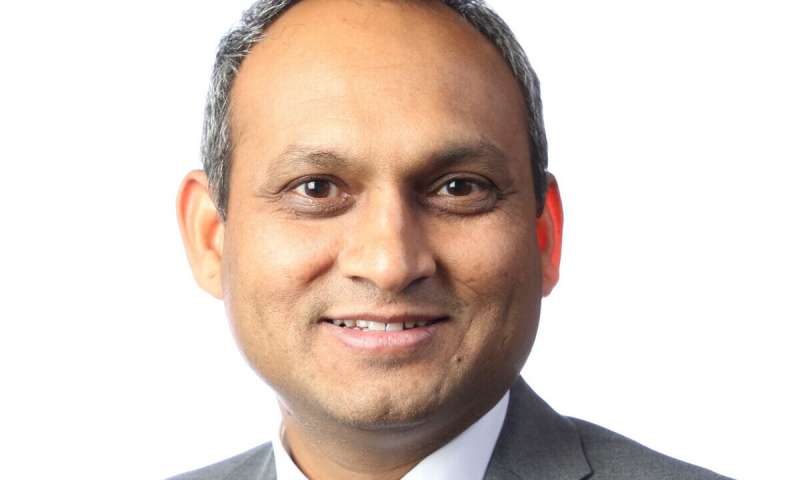 The short-term acute inflammatory response triggered to mend injured cardiac tissue following a heart attack can lead to weakening of the heart’s pumping function if the inflammation remains active over the long-term. Heart failure associated with this unresolved chronic cardiac inflammation has become a leading cause of death in the U.S. and worldwide, yet little is known about the differences in cardiac repair and safe clearance of inflammation between men and women.

Dr. Halade’s team delves into the details of metabolic and leukocyte responsive signaling that facilitate cardiac repair during acute inflammation after injury (like a heart attack) and the resolution thereafter. In particular, he studies how unresolved inflammation driven by a deficiency in fatt acid-derived signaling molecules influences heart failure. Known as specialized proresolving mediators (SPMs), these molecules are naturally made by the body (endogenous).

The findings were published April 16 in the Journal of the American Heart Association.

“We discovered heart repair happens faster in the female mice than the males after heart attack, that improves survival and delays cardiac failure,” said Dr. Halade, the paper’s senior author.

His ongoing translational work may have applications for the development of sex-specific and other more precise heart failure therapies with fewer side effects due to endogenous nature of bioactive signaling molecules. Currently, men and women receive the same standard first-line medications (angiotensin converting enzyme/receptor inhibitors, diuretics, and beta-blockers) to manage mild-to-severe forms of heart failure.

For this study appearing in JAHA, the researchers used “risk-free” young, healthy mice to control for variable cardiovascular risk factors—such as obesity, insulin resistance, diabetes, hypertension and aging,—common in a clinical setting. They compared the risk-free male and female mice who underwent a procedure to induce severe heart attack with those that did not.

To frame the study, it helps to know that physiological inflammation after tissue injury has two steps—an acute response, where white blood cells rush to the heart to remove dead cardiac tissue, and a resolving phase, where inflammation is cleared with the help of macrophages that arrive to repair the damage, and form stable scar. Both responses are governed by ‘get in’ and ‘get out’ signals to leukocytes (a type of immune cell) infiltrating at the site of the heart muscle injured by the heart attack.

“The beauty of these SPM and EET molecules is that they are endogenously biosynthesized and can be useful for clearing harmful inflammation in asthma and other diseases, not just heart failure,” Dr. Halade said.