You are here:
Home / Health News / Study adds to knowledge about treating fractures of the humeral shaft

Study adds to knowledge about treating fractures of the humeral shaft 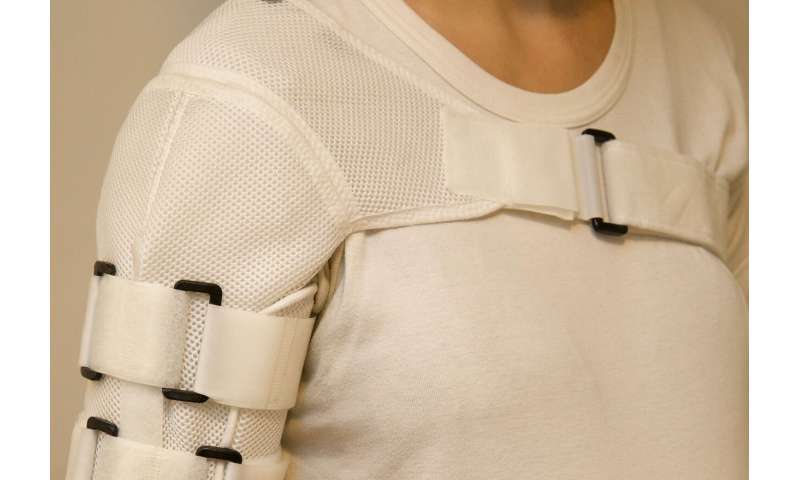 Six weeks and three months after treatment, surgically treated patients fared better than those treated with bracing. After this, the differences evened out.

On average, the forms of therapy resulted in equally good outcomes one year after the injuries were sustained. However, problems were observed fairly often in the recovery of the patients treated with functional bracing. A total of 30% of them had to be operated on within the first year, with failure of fracture union as the principal cause.

No serious complications requiring repeat operations were observed in the patients in the surgical group. Four patients experienced transient radial nerve palsy in conjunction with surgery.

“The findings provide useful information to doctors treating humeral shaft fractures, as they explain to patients the expected outcomes of different treatment forms as well as their associated risks,” says Lasse Rämö, principal investigator of the trial and specialist in traumatology, who is writing his doctoral dissertation at the University of Helsinki.

Even without evidence, surgical treatment is becoming increasingly common

Fractures of the humeral shaft constitute roughly 1 to 3% of all fractures in adults. Traditionally, most of them have been treated with an external orthosis supporting the upper arm. In recent decades, fractures have increasingly been treated surgically, even though no high-quality scientific evidence on surgical therapy has been available.