You are here:
Home / Health News / Stop Trying to Convince Me Not to Shower Daily

Stop Trying to Convince Me Not to Shower Daily

Some of y'all want to make mustiness happen, and in the cadence of Regina George, I'm here to tell you: It's not going to happen.

The New York Times woke up and chose frowsiness on May 5, publishing a piece titled "See Fewer People. Take Fewer Showers." The story outlines a burgeoning trend among some folks in the U.S. (though it makes brief mention of the U.K.) of washing their bodies less often since the pandemic started. The article includes several testimonials from people who say they are forgoing full showers and instead choosing to wash their pits and private bits in the sink before going on their merry way. Why? Because there aren't as many opportunities for their body odor to offend people.

COVID has changed a lot about our lives, and that includes people's showering habits, whether they're showering more in fear of picking up viral particles on their skin, or showering less because they simply don't see the point. Over the past few years though, it seems there has been a campaign to get people to shower less. Environmentalists make the argument about water waste. Some doctors say that daily showering can upset your skin's microbiome. But as someone who has been showering almost daily her entire life and been perfectly fine, I have to wonder — is it really that bad to clean yourself daily?

The phenomenon of washing one's entire body daily in the West is something that comes from access to indoor plumbing in a modernized world. According to an article from JStor, it wasn't until the early 20th century when Americans began to take daily baths due to concerns about germs. More Americans were moving into cities, which tended to be dirtier, so folks felt as if they needed to wash more often.

Before I continue, let me just say that when we're talking about hygiene and bathing, we can't leave out the obvious environmental impact of showering daily, as the Times article points out. "An eight-minute shower uses up to 17 gallons of water, according to the Water Research Fund," the piece reads. "Running water for even five minutes uses as much energy as running a 60-watt light bulb for 14 hours, according to the Environmental Protection Agency." The article also notes that there are dermatologists who say that some of the harsh detergents found in soaps and body washes affect your skin's microbiome and can make it drier.

There are also mental health factors to consider. Many people living with mental illnesses or depression may not be able to bring themselves to keep up with their hygiene, even if they want to. And with depression on the rise during the global pandemic, that is understandable. There are also people who are disabled and may not be able to wash their bodies every day. That too is something to acknowledge. 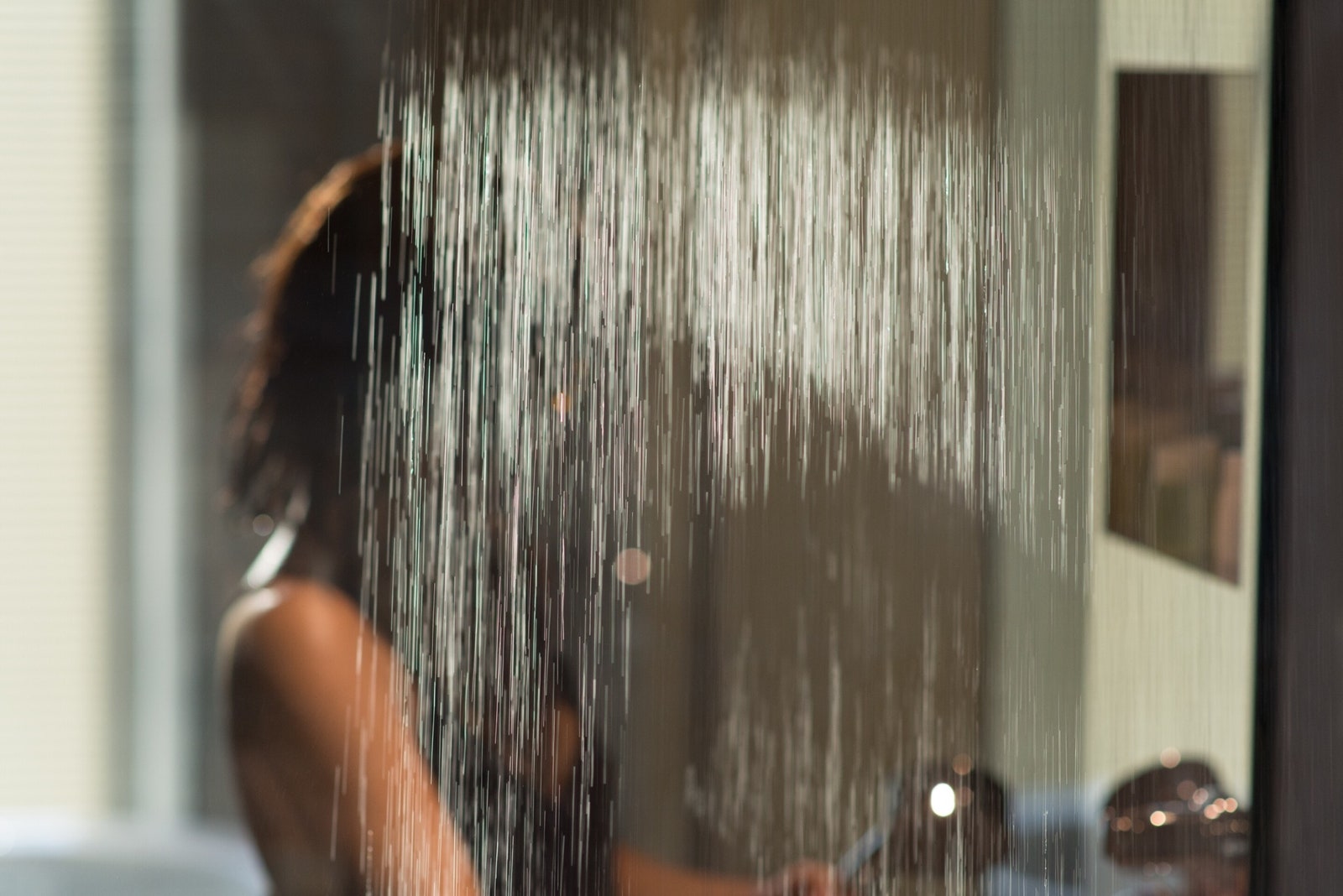 But we're not talking about those groups of people. We're talking about me and the attacks on my personal bathing habits! As the Times piece also points out, my daily shower is not going to singlehandedly ruin my skin or destroy the environment, but when you have subheads like "Bathing less = better skin and a cleaner planet," I can't help but feel as if there's an agenda going on here. Feels a little… pointed, no?

The truth of the matter is that washing yourself daily does have benefits beyond aesthetics. The arguments that some scientists have put forth about showering daily, specifically, the notion that it can compromise your skin's microbiome, isn't 100 percent confirmed. In fact, it's something that is still being studied. "The skin microbiome continues to be evaluated for its role in skin conditions like eczema and skin wellness generally," Uchenna Okereke, a board-certified, Boston-based dermatologist tells Allure. "Driving this is evidence that individuals with eczema are more likely to have an imbalanced skin microbiome in which harmful microorganisms dominate."

Plus, just as some scientists say that the harsh detergents in some body washes can harm that microbiome, Okereke says that decreasing the number of times you're showering can also pose its own problems. "My concerns with a reduction in bathing frequency would be overall hygiene and overgrowth of harmful microorganisms," she elaborates. "The key is to bathe gently to maintain the skin's protective barriers to help prevent infection. This involves using gentle cleansers and moisturizers with ingredients that are both hydrating and moisturizing to help maintain a protective skin barrier." So yes, you should avoid harsh cleansers, but that doesn't necessarily mean you should ease up on your showering frequency. Ultimately, if you are having issues, you should consult your dermatologist.

Eunice Cofie-Obeng, a cosmetic chemist and founder of the skin-care brand Nuekie, shares a similar opinion. "I have to take a shower twice a day because my skin is sensitive to not cleansing," she says. "It will get dry and itchy in the latter part of the day and of course, you expose yourself to the outside environment, especially if you're living in an area with a lot of pollen that has gotten on your body or your exposed parts."

Cofie-Obeng acknowledges the concern some people have about heavy-duty cleansers drying the skin, but she says there is a simple solution to that. "When you come out of the shower, moisturize — that takes care of that issue." Lotion: It's a thing, people! Okereke also says to watch the ingredients in your soaps and cleansers if dry skin or eczema is an issue. "The ingredients I recommend avoiding if there is a concern for dry skin/eczema are drying alcohols, such as denatured ethyl alcohol, fragrance, propylene glycol, artificial colorants, and harsh exfoliants." She also stresses the importance of moisturizing immediately after a shower.

What sticks out to me most about these showering habits, is that they are largely cultural. Most people in the U.S. do and (hopefully!) will continue to wash once a day. Others, like those who hail from hot, humid tropical climates, will often shower twice a day. In the morning, after a night of sleeping, probably with an electric fan stationed directly beside your bed, you hop in the shower to wash off the sweat that may have come during the night so you are fresh for the day ahead. When you come back in the evening, just before bed, you wash the day's worth of sweat and grime off, and then do it all over again the next day. "It's definitely a cultural difference," says Cofie-Obeng. "My family is from Ghana, and we take baths twice a day — we grew up with that."

Also, as a Black American, specifically, from childhood, the message you get from society at large is that people who look like you are lazy, dirty, and don't dress well. The mantra "you have to be 10 times as good to get half as much" reigns supreme in every Black household, and there is tremendous pressure to put your best foot forward when you go out in the world so you are not negatively judged. Demonstrating good hygiene is just a piece of that.

Washing daily also just feels good. For me, there is nothing like coming out of the shower and ritualistically slathering my body in all manner of body butters and oils — especially when they're beautifully scented. That clean feeling is so deliciously satisfying and, at least for me, has been an important part of maintaining my personal sanity. The past year and change has been difficult for all of us. I lost my own mother in the pandemic, and have been feeling bouts of depression.

To top that off, I have health-related anxiety, so you can imagine I would be pretty on edge living in a world where there is a deadly airborne pathogen, one that has predominantly killed people of color — people who look like me. Taking showers with scented soaps, moisturizing my body with the same cocoa butter my mother used to use on me when I was a child, slipping into fresh new clothes, and then spraying myself with perfume has been one of the few pleasures I've been able to indulge in. I'm not going anywhere or interacting with many people most days, but keeping up with this part of my normal routine has been quite comforting indeed.

Besides the self-care aspect, for the past year, the fear of getting COVID particles on me has made me take even more showers than usual. At my most cautious, I would shower right after going downstairs to my building lobby. Now, I'm able to take out the garbage without running to the shower, but if I spend more than a few minutes outside, you best believe I'm washing myself once I get back to my apartment. 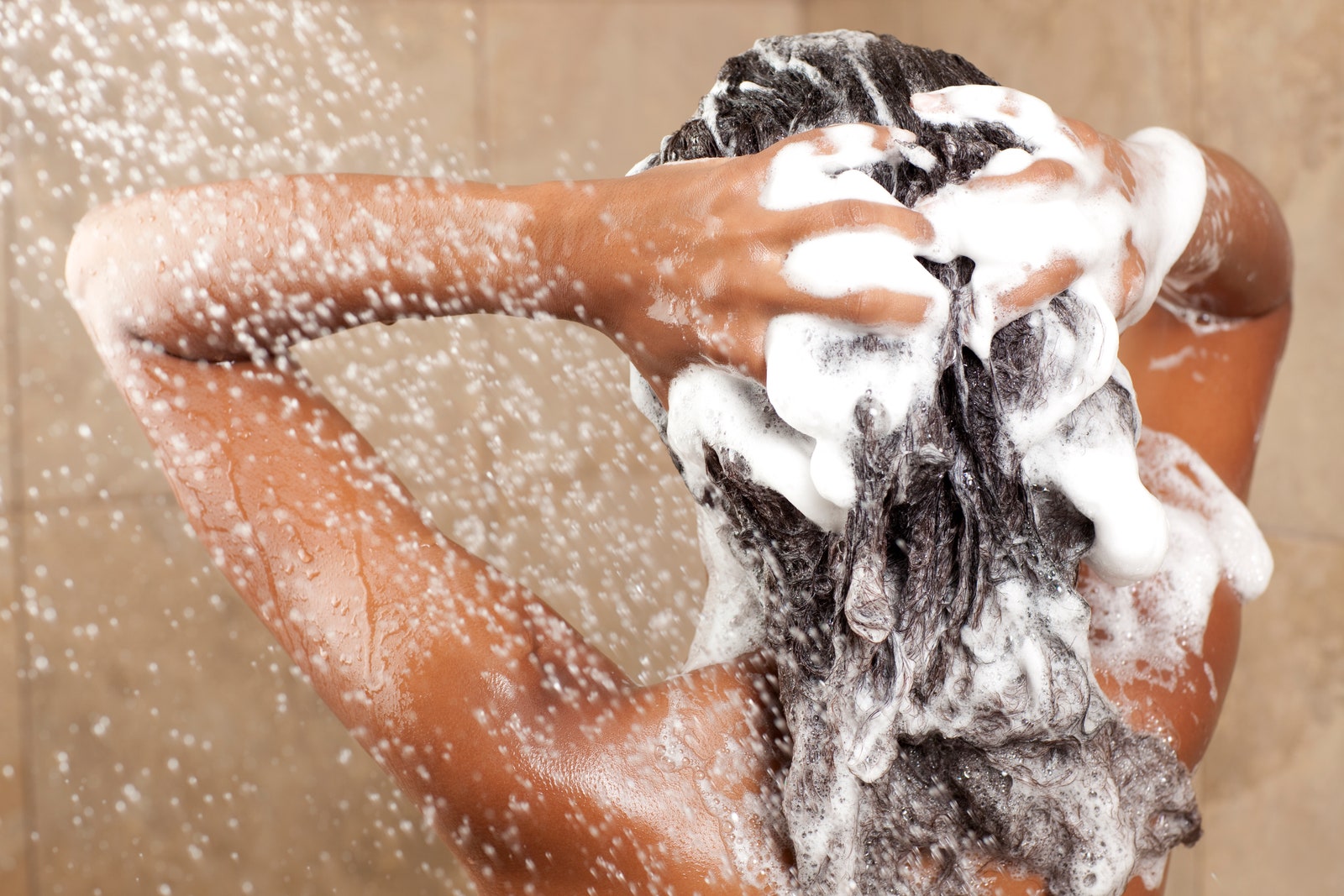 No amount of hemming and hawing about my skin's microbiome (which is fine, thank you very much) is going to make me consider showering less regularly. And as much as I love the earth and care about things like climate change and wastefulness, taking a daily shower is a sacrifice I'm willing to make. Besides, if we're worried about wasting water, maybe take that up with large corporations rather than regular people who just, in the middle of a once-in-a-generation event, want to feel clean.

So, no New York Times, et. al,  I will keep showering daily, no matter who decides they're okay with a little bit of funk. And that's on fresh armpits.