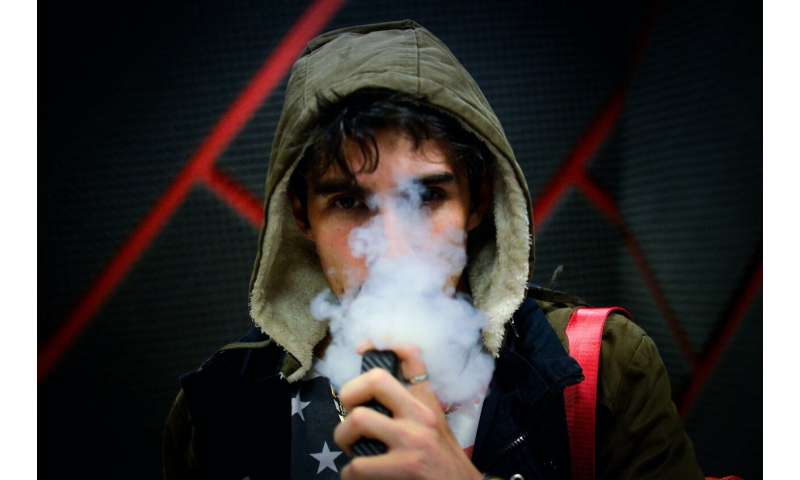 People who smoke are increasingly using e-cigarettes to try to quit smoking, a study by researchers at the University of Otago, Wellington, has found.

The researchers found that between 2016 and 2018 the level of awareness, as well as the use of e-cigarettes, increased among smokers and those who had recently quit smoking.

The principal investigator of the study, Professor Richard Edwards from the University’s Department of Public Health, says e-cigarette use was most common among those aged 18-24 years and among those who had recently quit smoking.

The research is part of the New Zealand arm of the International Tobacco Control Policy Evaluation (ITC) project and involved surveys with 1,155 people between 2016 and 2017 and 1,020 people in 2018 (400 of them Māori) who smoked or had recently quit smoking.

Participants were recruited from the nationally-representative New Zealand Health Survey and were asked about their awareness and use of e-cigarettes, reasons for use and related beliefs.

The study, funded by the Health Research Council, provides the most in-depth description of patterns of vaping use among New Zealand smokers from population-based data.

Professor Edwards says use was generally similar between Māori and non-Māori participants. Daily use was greatest among recent quitters (23 percent) compared to current smokers (eight percent) and among 18-24 year olds (19 percent) compared to older age groups (10 percent). The most common reasons given for using e-cigarettes were to help quit (78 percent) or cut down on smoking (81 percent).

Professor Edwards says the survey results are promising, particularly the findings that use is most common among recent quitters and that a high proportion of regular users are using e-cigarettes to quit smoking.

While the research shows more people are using e-cigarettes to quit smoking, more smokers reported using e-cigarettes on a trial basis, rather than regularly, which suggests there might be barriers to more sustained use, he says.

“The most common potential barriers identified were that 68 percent of participants thought vaping was less satisfying than smoking and 39 percent incorrectly believed that e-cigarettes were as or more harmful than smoking cigarettes, or were unsure (15 percent).”

He says such beliefs underline the importance of public education, such as through the Vaping Facts website (vapingfacts.health.nz/).

The most common motivation for using e-cigarettes was to save money compared to smoking, suggesting that using the tax system to keep the price of cigarettes high relative to vaping may motivate more smokers to quit.

Professor Edwards warns New Zealand is unlikely to achieve its goal of becoming smokefree by 2025, particularly in relation to Māori and Pacific peoples, with much more action needed.