You are here:
Home / Health News / Small RNA responsible for the large size of the human cerebral cortex 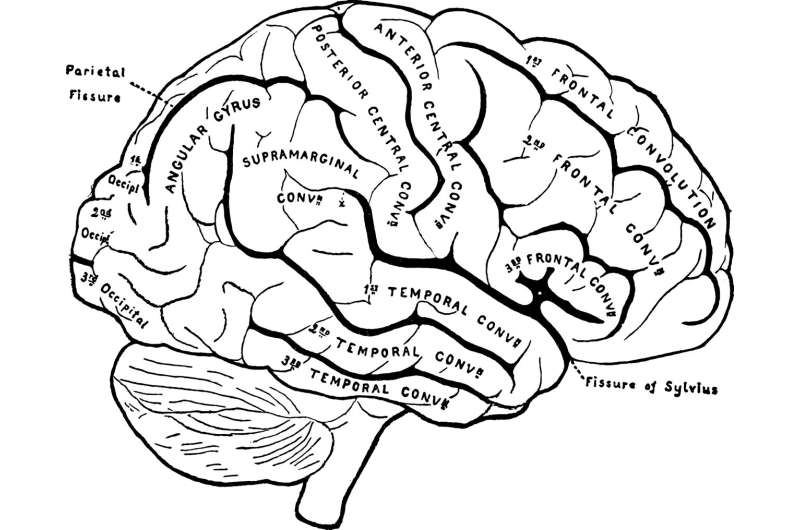 The number of specific genes unique to humans is relatively small, whereas the number of genes conserved and expressed in the cerebral cortex in different mammalian species during embryonic development is much larger. A fundamental unresolved question was how the expression of these highly conserved genes that guide the development of the cerebral cortex has been regulated so differently during evolution in different species.

In a paper published in Science Advances, researchers from the Instituto de Neurociencias de Alicante (Spain), a joint center of the Spanish National Research Council and the Miguel Hernández University of Elche, led by Dr. Víctor Borrell, director of the “Neurogenesis and cortical expansion” group, have investigated this question by focusing on a gene that gives rise to a microRNA called MIR3607. And they have found that in species with small brains, such as the mouse, the loss of expression, or “silencing” of MIR3607 during evolution, led to a dramatic decrease in the size of their cerebral cortex, which ultimately determines brain size.

In addition, its cerebral cortex became smooth, as opposed to that of most mammals, which has been increasing its surface area through gyri and sulcus, in the manner of a relief of peaks and valleys. The genetic mechanisms underlying this secondary loss in rodent brain evolution were completely unknown until now. “With our work we show that the microRNA MIR3607 is embryonically expressed in the large cerebral cortex of primates and carnivores, such as the ferret, but not in the mouse,” says Victor Borrell.

MicroRNAs (miRNAs) are small RNAs that do not give rise to proteins, but regulate the expression of other genes, which is why they are essential during embryonic development. However, despite the ability of miRNAs to modulate gene expression, they have received surprisingly little attention in the context of brain evolution and expansion.

“With this work, we have identified MIR3607 as an important regulator of the Wnt/β-Catenin signaling cascade, a pathway with key functions in embryonic development of the cerebral cortex because it regulates processes such as stem cell proliferation and cell differentiation. Our findings also fit with recent findings on the importance of miRNAs in early cortical development, regulating the amplification of neural stem cells and the homeostasis of the germ layer from which they arise,” explains Dr. Borrell.

From an evolutionary standpoint, this finding suggests that “the loss of MIR3607 expression in the developing cerebral cortex may have been a key factor for the secondary reduction in brain size during rodent evolution. The absence of MIR3607 in the embryonic mouse cerebral cortex raised the key and still unanswered question of how its activation is regulated,” explains Kaviya Chinnappa, predoctoral researcher and first author of this paper.

The general trend in mammalian evolution toward expansion and folding of the cerebral cortex was reversed in some mammalian groups, such as New World monkeys, and especially rodents, and their brains evolved to become smaller and smoother than those of their ancestors. “Our results identify for the first time that loss of MIR3607 was selected during small mammalian evolution to decrease the size of the cerebral cortex in mice,” notes Borrell.

“MicroRNAs are often highly conserved among animal species. The similarity of MIR3607 in human, macaque, ferret and mouse suggests a conserved functionality for this microRNA in the mouse brain. Therefore, we reasoned that if we experimentally re-expressed MIR3607 in the mouse embryonic brain, we could shed light on its role during cortical development,” Chinnappa explains.