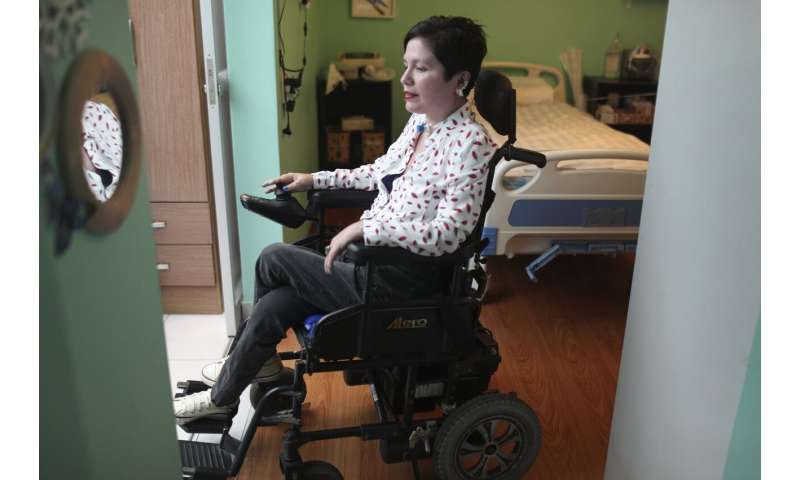 Almost completely paralyzed by a terminal illness, 42-year-old Peruvian Ana Estrada says she is a “prisoner in her own body” and yearns to be legally allowed to end her own life.

But Peru doesn’t permit medically assisted suicide, so Estrada is campaigning for a change in the law from the electric wheelchair in her Lima home.

“It’s about fighting for the right to choose,” Estrada said in an interview with The Associated Press on her patio, surrounded by potted plants and small sculptures inspired by pre-Inca art. She spoke with a feeding tube in her belly and another tube inserted into her windpipe to help her breathe.

Estrada was diagnosed at the age of 14 with polymyositis, a disease that wastes away muscles and has no cure. By 20, she was too weak to walk and started using a wheelchair. Even so, she graduated with a psychology degree from the Pontifical Catholic University of Peru and worked as a therapist.

Estrada continued to build her life, saving money, buying an apartment, having a relationship and taking on a pet cat. Things changed in 2015. Her condition deteriorated, she got pneumonia and spent a year in intensive care in a Lima hospital.

“It’s like being a prisoner in my own body, 24 hours a day,” said Estrada, who needs round-the-clock care. Her relationship collapsed and she gave up the cat for adoption, but has found renewed purpose in pushing for the legalization of physician-assisted suicide. 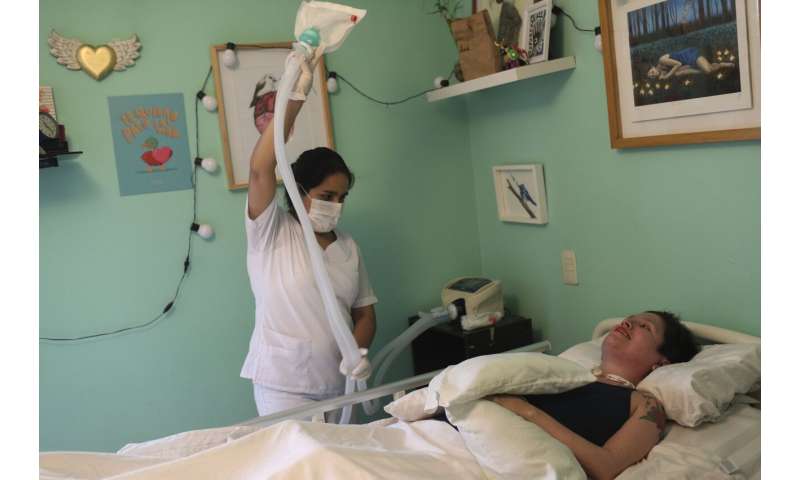 Like everything in Estrada’s life, the campaign is strewn with obstacles. No member of Peru’s legislature has taken up her cause. In addition Abortion and homosexual marriage are also illegal in the mostly Catholic country.

“It’s a subject that alarms people and nobody wants to put their hands in the fire because they’ll get burned,” said Estrada, whose family was initially reluctant to support her goal but now respects her decision.

She has found an ally in the public defender’s office, which plans to go to court in the coming weeks to seek a legal exemption for Estrada that would allow her the option of medically assisted suicide.

“In Peru, ‘mercy killing’ is crime carrying three years in jail, so any person or doctor who wants to help her would be committing a crime,” Public Defender Walter Gutiérrez said. 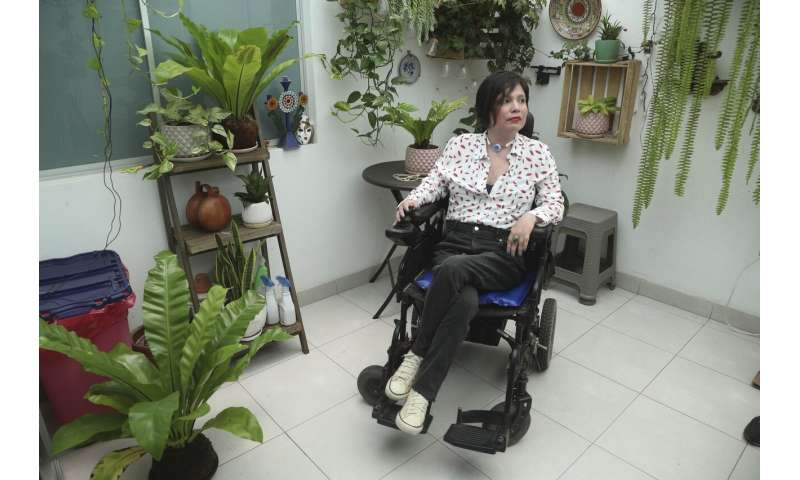 “Her case won’t change the law, but it opens a path,” he said.

Among those countries to have legalized euthanasia or medically assisted suicide are Belgium, Canada, Colombia, Luxembourg, the Netherlands, and Switzerland. Eight U.S. states and Washington D.C. have also legalized medically assisted suicide. In addition, Montana doesn’t have a specific law on the books but a state Supreme Court ruling has allowed such deaths to proceed.

“If this exists in other countries, I want it to exist here,” Estrada said. She described her struggle as “a tiny grain of sand” that will hopefully make people think about the issue.

The walls of Estrada’s bedroom have a picture of a woman lying in a forest, and another of a girl flying with birds. She has seven tattoos—birds, plants, a dagger—that she says remind her that “life is beautiful.” 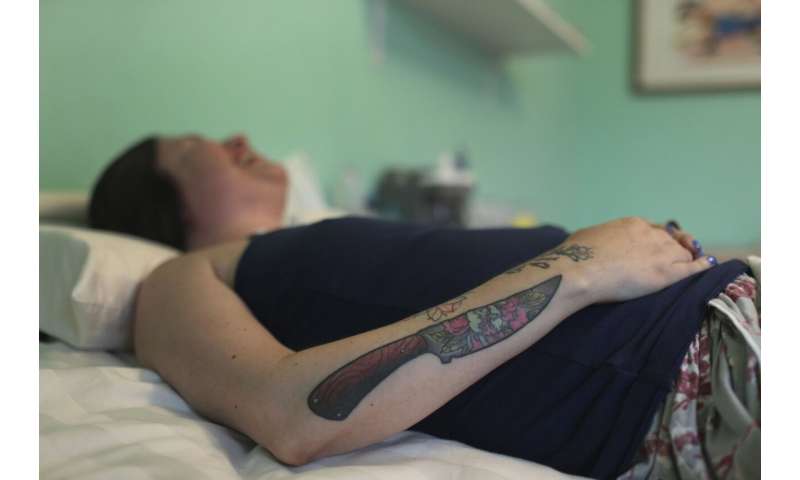 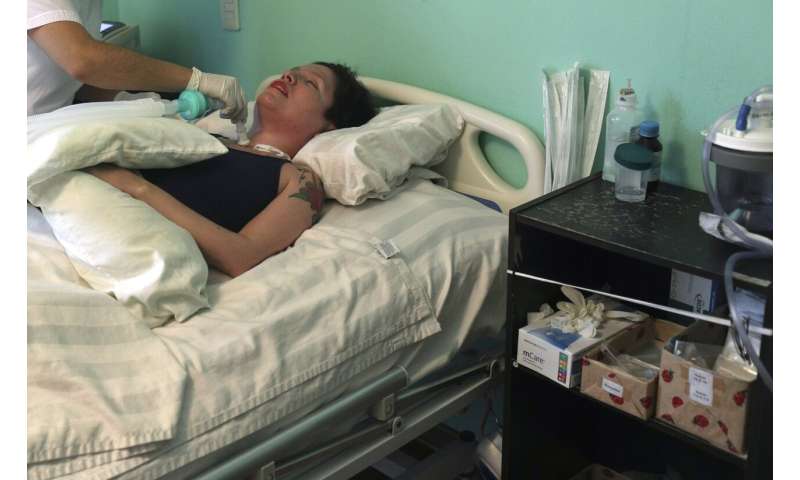 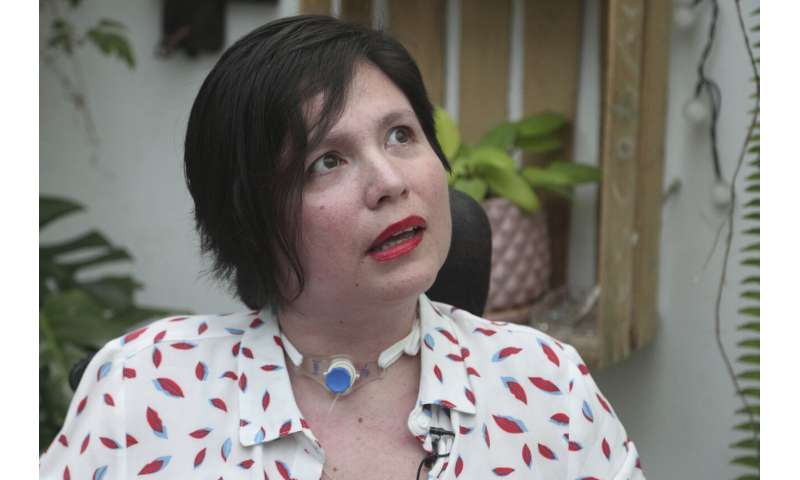 Pneumologist Gonzalo Gianella, who has treated Estrada, said the illness was methodically shutting down her body because, without functioning muscles, “you begin to have trouble speaking, swallowing, breathing, moving, doing your things.”

Bath time was the worst moment for Estrada when she was in the hospital. One nurse held her and another cleaned her, speaking with each other but never looking at the patient to check if she was in pain.

“When you’re in hospital, you lose your identity. There is a kind of degradation of the patient,” said Estrada, who has written a blog with her right index finger, the only finger that she can still move.

She has also struggled with depression, but remains committed to her campaign to end her life legally, mindful that right now anyone who helps her do so could be prosecuted.