You are here:
Home / Health News / Search for a COVID-19 vaccine heats up in China, US

Search for a COVID-19 vaccine heats up in China, US 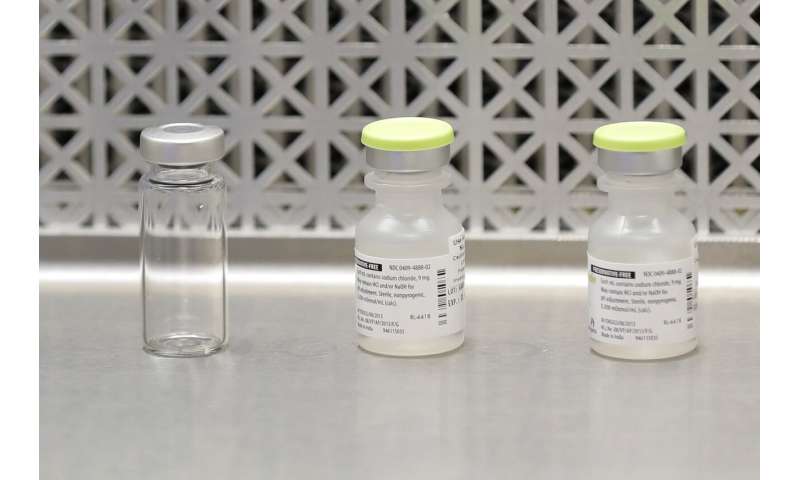 Three potential COVID-19 vaccines are making fast progress in early-stage testing in volunteers in China and the U.S., but it’s still a long road to prove if they’ll really work.

In the U.S., a shot made by the National Institutes of Health and Moderna Inc. isn’t far behind. The first person to receive that experimental vaccine last month returned to a Seattle clinic Tuesday for a second dose.

NIH infectious disease chief Dr. Anthony Fauci told The Associated Press there are “no red flags” so far and he hoped the next, larger phase of testing could begin around June.

A third candidate, from Inovio Pharmaceuticals, began giving experimental shots for first-step safety testing last week in the U.S. and hopes to expand its studies to China.

Initial tests focus on safety, and researchers in both countries are trying out different doses of different types of shots.

But moving into the second phase is a critical step that allows vaccines to be tested in many more people to look for signs that they protect against infection.

Last week, CanSino filed a report showing it aimed to enroll 500 people in this next study, comparing two doses of the vaccine to dummy shots.

Looking ahead, Fauci said if the new coronavirus continues to circulate widely enough over the summer and fall, it might be possible to finish larger studies slightly sooner than the 12 to 18 months he’d originally predicted—maybe toward “mid to late winter of next season.”

“Please let me say this caveat: That is assuming that it’s effective. See, that’s the big ‘if,'” Fauci stressed. “It’s got to be effective and it’s got to be safe.”

During a news conference in China, authorities also cautioned that the studies must be done properly.

“Although we are in an emergency, we cannot lower the standards of safety and effectiveness in the reviews of vaccines,” said Wang Junzhi, a Chinese biopharmaceutical expert. “The public is paying huge attention.”

The World Health Organization this week counted more than five dozen other vaccine candidates in earlier stages of development being pursued around the world. Many research groups are teaming up to speed the work; in an announcement Tuesday, vaccine giants Sanofi and GSK became the latest to partner on a candidate.

On the WHO’s list are a wide variety of ways to make vaccines—so if one approach doesn’t pan out, hopefully another one will.

Related posts:
Tags: a China COVID-19 for heats in Search Up US vaccine
SHARE ON SOCIAL MEDIA
RELATED NEWS