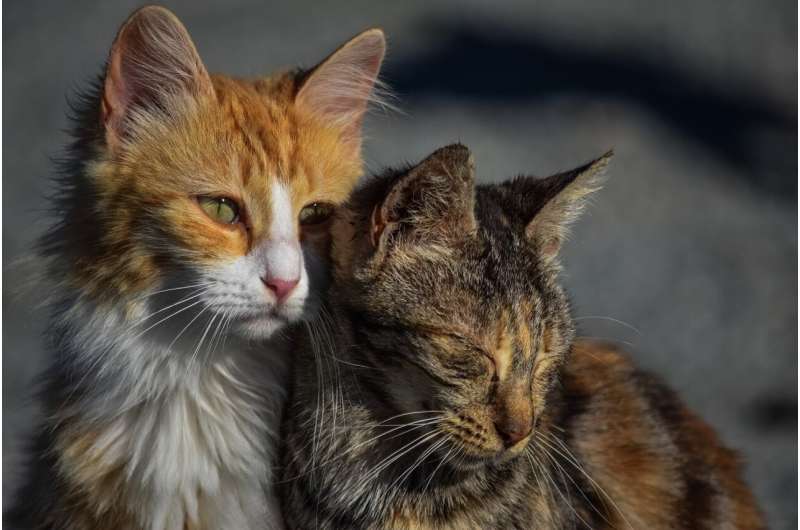 In a study published this week in the Proceedings of the National Academy of Sciences, virologists from the University of Pittsburgh Center for Vaccine Research reverse-engineered an elusive virus linked to chronic kidney disease in cats and described its mechanism of infection, outlining its potential to infect people.

The research suggested that the feline morbillivirus, or FeMV, uses the same mechanism of cell entry and infection as other viruses in the morbillivirus family, such as measles. However, unlike measles, FeMV appears to spread from host to host through urine in a similar way to the zoonotic Nipah virus harbored in bats, which causes annual deadly outbreaks in humans across Southeast Asia.

The study provides the first clear insight into this understudied virus and its potential trajectory from infecting animals to jumping into humans.

“Feline morbillivirus stayed under the radar for many years,” said senior author Paul Duprex, Ph.D., director of the Center for Vaccine Research at Pitt’s School of Medicine. “By understanding the genetics of a virus that was challenging to grow in the laboratory, we are now able to shine light on its connection to chronic kidney disease and better understand how we can stop transmission and potential spillover into human populations.”

First discovered in stray cats in Hong Kong a decade ago, FeMV has since been found in domestic cats across Asia and Europe and identified and fully sequenced in the U.S. in 2016 by Duprex’s research team when they worked in Boston. While previous studies have linked FeMV infections to chronic kidney disease in cats—one of the leading causes of death in older animals—the new study shows in unprecedented detail how the virus gets to the kidneys.

Similar to other members of the same viral family, FeMV enters cells by binding to a surface protein receptor called CD150. Related viruses, including measles, use CD150 as their primary entry receptor, and people who are vaccinated against measles are protected from getting infected with FeMV. The eradication of measles, however, might present an evolutionary opportunity for other morbilliviruses, such as FeMV, to seek new hosts and jump into unvaccinated people.

By creating a genetically modified version of FeMV containing a fluorescent probe, researchers were able to track its spread throughout cells and organs, discovering that its transmission can be halted by inhibiting a class of protein-cleaving enzymes called cathepsins. Interestingly, cathepsins are mostly used by Nipah viruses but not the morbilliviruses, suggesting that FeMV is an evolutionary intermediate between the two viral families.