You are here:
Home / Health News / Scientists find strong evidence that wasting syndrome is the same for all organisms 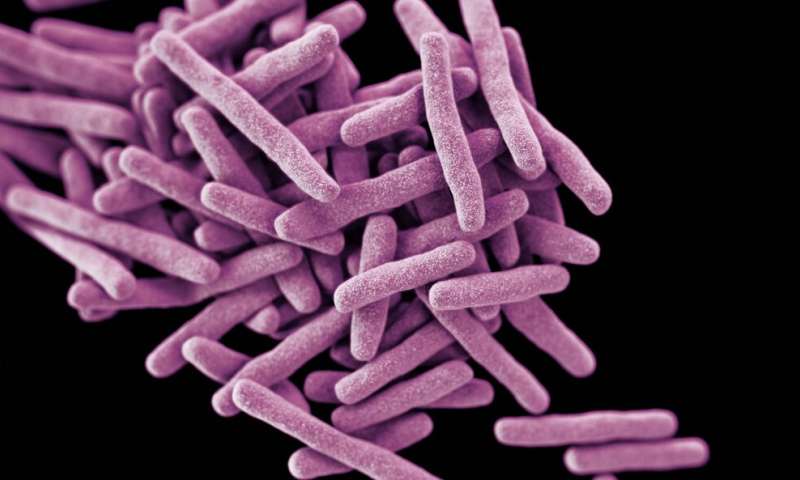 An interdisciplinary team of Dutch researchers has discovered that wasting syndrome, a severe byproduct of tuberculosis, is the same for all humans and animals studied. The discovery offers new opportunities to investigate the still insufficiently understood condition. The scientists also developed a promising method for diagnosing and possibly even predicting tuberculosis.

Professor of Molecular cell biology Herman Spaink (Institute of Biology Leiden) led a team with scientists from different Leiden University institutes. The team studied so-called metabolites—the intermediate and end products of metabolism—in humans and animal models. The researchers observed a reduction of the same ten metabolites in all studied organisms with tuberculosis. A striking discovery, with two important outcomes: Research into wasting syndrome in zebrafish larvae can be translated to humans, and the identified metabolites enable a new method for diagnosing tuberculosis.

Tuberculosis is popularly referred to as consumption. And there is a good reason for that, says Spaink. “It is a debilitating disease characterized by the breakdown of tissues, such as your muscles. So literally the consumption of your body. Usually, that is even the cause of death of this disease, not the coughing that is characteristic of tuberculosis.”

There is another strange thing going on with consumption. Even after tuberculosis has been cured, for instance with an antibiotics cocktail, it can last for up to six months. “We still do not know how that is possible. For some reason, consumption messes up your entire metabolism,” Spaink says. And that often has far-reaching consequences, the biologist explains: “People stay skinny and weakened for a long time, which means that they cannot work, to name one example. In addition, they are extra susceptible to other diseases, including another case of tuberculosis. It can even happen that during that period, someone gets infected with a mutant of the tuberculosis bacterium that is resistant to all antibiotics and therefore cannot be treated anymore.”

On the right track

Ideally, like tuberculosis itself, you would want to cure consumption with a drug or treatment. “But there are none because we do not know how it arises. What we do know from earlier research is that you can see at an early stage in studied population groups that certain metabolites in the blood are greatly reduced, including a number of amino acids,” said Spaink. Precisely because of this knowledge, the Leiden team eventually got on the right track.

“We wanted to know whether this decrease in certain metabolites is a general symptom of tuberculosis or whether it is related to the nutritional status of people in areas where tuberculosis is common,” says Spaink. “We then examined blood samples from the Leiden University Medical Center (LUMC) and found that Western people with tuberculosis also show a reduction in these ten metabolites.” After that, the team became curious: Would the same thing be seen in other organisms? “We then applied the same method to other animal models, including zebrafish larvae. To our amazement, we also saw a decrease in exactly the same metabolites after bacterial infection, just like in humans.”

A surprising outcome, which shows that the disease has the same course in mammals and fish larvae. “The great thing about this is that we can now investigate the disease extensively in zebrafish larvae and that these results can be translated to humans. For instance, we want to find out which genes play a role. If we know how it works, we can develop drugs to combat the disease.” And that investigation is making good progress, Spaink says. “We have already found clues as to how consumption arises. We hope to publish them by the end of this year.”

A second outcome of the study is the development of a new method to diagnose tuberculosis. “Together with Thomas Hankemeier (Leiden Academic Centre for Drug Research) and the LUMC, we have improved our measurement method for metabolites so that it can also be applied in healthcare.” The method is promising because it is simple, reproducible, and fast. In addition, the method can also predict whether someone will soon develop tuberculosis. Spaink is therefore pleased with the collaborations. “This research once again demonstrates the power of metabolite research, which is why it is so good that the Phenomix Medical Delta Field Lab was recently set up.”

Inside Dancing with the Stars Pro Lindsay Arnold&#x27;s Bohemian-Themed Baby Shower: &#x27;I Feel So Blessed&#x27;
Recent Posts
We and our partners use cookies on this site to improve our service, perform analytics, personalize advertising, measure advertising performance, and remember website preferences.Ok