You are here:
Home / Health News / Plant-based diets can pose a risk to bone health if adequate calcium and vitamin D intakes are not ensured 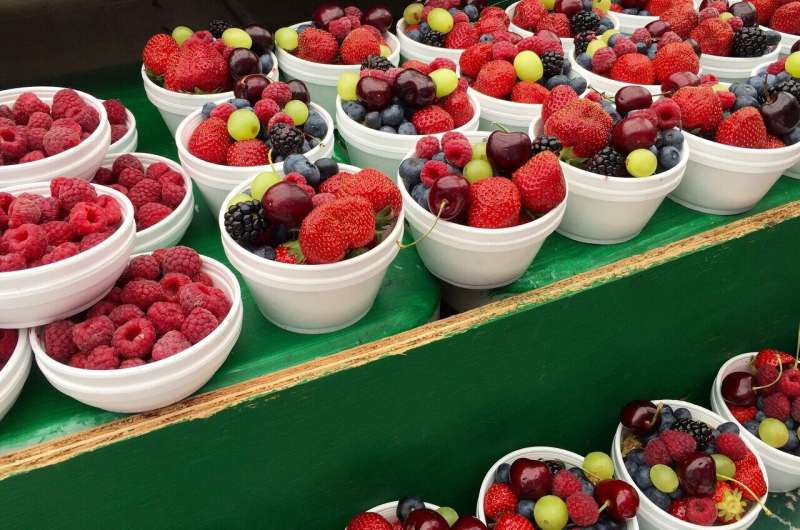 In a study conducted at the University of Helsinki, 136 adults adhered to one of three study diets for 12 weeks. One of them corresponded to the average Finnish diet, containing roughly 70% animal-derived protein of total protein, while most of the plant-based protein originated from cereal products. In the second study diet, half of the protein was derived from plant products and the other half from animal products, while the third one contained 30% animal protein and 70% plant-based protein of total protein.

Sources of animal protein, both red and white meat as well as dairy products, were partially replaced with plant-based proteins by adding a diverse range of legumes, nuts, seeds, and cereal products in the diets. Fluid dairy products, which are fortified with vitamin D in Finland, were partially replaced with plant-based drinks not fortified with calcium or vitamin D. The amount of cheese was lower in the diets which contained more plant-based protein compared to the diet rich in animal protein. All diets contained the same amount of fish and eggs.

The researchers found that both bone formation and resorption increased when part of the animal protein in the diet was replaced with plant protein, which may in the long term be detrimental to bone health. The findings are in line with those recently published from the large EPIC–Oxford population-based study, according to which vegetarians were found to have a greater risk of bone fractures over a follow-up period of 18 years compared to people on a mixed diet.

“The results could be different if fluid dairy products had been replaced with plant-based drinks fortified with vitamin D and calcium. Then again, the average vitamin D intake was also below the recommended level in the group where subjects consumed the animal protein-rich diet, but not to the same extent as in the other groups” says Docent Suvi Itkonen from the Department of Food and Nutrition, Faculty of Agriculture and Forestry.

When adopting an increasingly plant-based diet, it is important, in terms of bone health, to ensure adequate calcium and vitamin D intake. In the case of vitamin D, the recommended intake for adults is 10 micrograms per day. This amount includes total intake from both food and vitamin supplements.