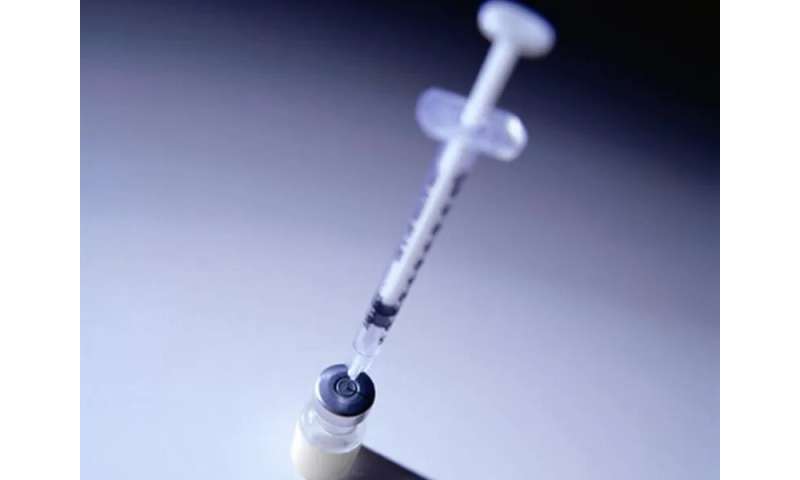 The vaccine candidate—for now just called BNT162b1—”elicited a robust immune response in participants, which increased with dose level and with a second dose,” according to a news release from the journal Nature, which published the trial data on Aug. 12.

The early phase 1/2 trial was led by Dr. Judith Absalon, of drug giant Pfizer Inc. According to her team, BNT162b1 is based on a bit of genetic code known as messenger RNA, which helps kick-start the body’s immune response when it encounters the new coronavirus.

Vaccine development strategies focused on RNA are “generally considered safe and have facilitated the rapid development of vaccines against SARS-CoV-2,” the journal noted.

The new trial involved 45 healthy adults between the ages of 18 and 55. Half were randomly selected to get the vaccine at a low, medium or high dose, while the other half got a “dummy” placebo shot.

The result: “The vaccine elicited a robust immune response in participants,” and the higher the dose, the stronger the response, the authors reported. Getting a second “booster” shot also upped the immune system response.

In fact, in participants who got the vaccine, “levels of [coronavirus-] neutralizing antibodies were 1.9 to 4.6 times higher than those in patients recovering from SARS-CoV-2,” according to the release. Still, Absalon’s group stressed that phase 3 trials—where the vaccine is tested in a much larger population—are needed to confirm the safety, strength and duration of any protective effect.

According to the journal, the shot was “generally well-tolerated,” although some recipients did have some transitory side effects such as soreness at the injection site, fatigue, headache, fever and sleep woes. Those tended to clear up within a week of vaccination, the researchers said.

Dr. Amesh Adalja is an expert in infectious diseases and a senior scholar at the Johns Hopkins Center for Health Security in Baltimore. Reading over the new report, he said, “The study provides more evidence of mRNA candidate COVID vaccines do induce neutralizing antibodies after two doses.”

Adalja noted that there are “multiple” COVID-19 vaccine candidates that employ RNA technology, and this suggests they can spark a potent immune response in people.