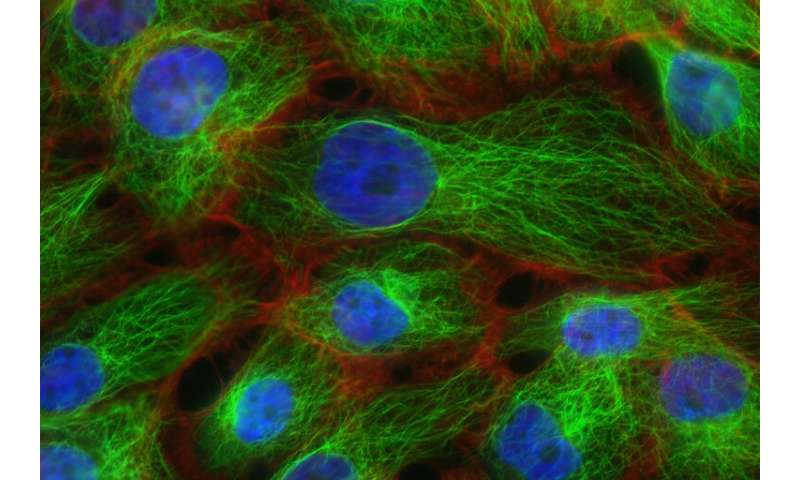 Personalized blood biopsies, which scan patient blood samples for genetic traces of cancer, could potentially provide an earlier warning of metastatic cancer before it is picked up through standard monitoring.

Researchers in the Gerstner Center for Cancer Diagnostics at the Broad Institute of MIT and Harvard and Dana-Farber Cancer Institute have increased the sensitivity of blood biopsies, demonstrating that they can monitor up to hundreds of different cancer mutations in blood samples from individual patients, with the potential to detect cancer recurrence—and inform treatment decisions—years before traditional approaches could.

In the new study, the scientists tested their approach on blood samples from breast cancer patients. Breast cancer is most deadly when it comes back, often years after their first treatments for the disease. Existing diagnostics aren’t yet sensitive enough to tell whether a patient’s initial therapy eliminated the disease or left behind tumor cells that pose future danger—and by the time the cancer is found the second time around, it’s often too late to stop.

The team designed custom blood biopsy tests for individual patients based on the DNA sequence of each patient’s tumor. The researchers then conducted a retrospective analysis, looking for tumor DNA in banked blood samples from breast cancer patients who had been diagnosed, treated, and monitored for disease recurrence over the last 13 years. The team detected cancer DNA in patient blood samples collected an average of 18 months, and up to three years, before metastatic recurrence was diagnosed.

“By taking an individualized approach—searching for many mutations that are specific to one patient’s cancer—we could greatly increase our sensitivity to detect traces of cancer DNA in patients who had completed their initial treatment plan,” said senior author Viktor Adalsteinsson, associate director of the Gerstner Center at Broad. “And with that sensitivity, we could identify residual cancer from blood samples taken many months to years before a recurring case was diagnosed through standard approaches.”

“Our goal is to be able to turn patients who would have developed metastatic disease into patients who won’t,” said co-first author Heather Parsons, a medical oncologist at Dana-Farber Cancer Institute and associated scientist at Broad. “In the future, if we can find those patients with residual cancer early enough, determine whether they would benefit from another course of therapy, and give them an effective additional treatment, we could potentially change the course of their disease.” 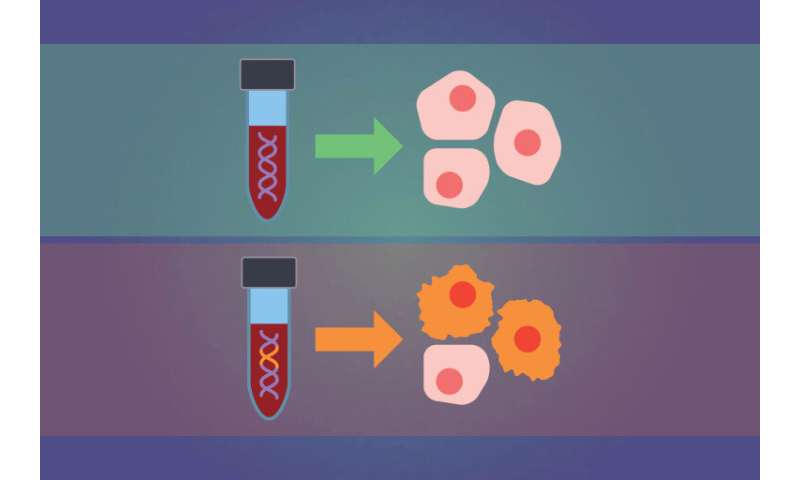 To develop a sensitive, personalized blood biopsy test, the research team used whole-exome DNA sequencing from a patient’s tumor biopsy to find a large “fingerprint” of genetic mutations for each patient. The team was able to track up to several hundred different cancer-related mutations in a patient’s samples, improving their chances of detecting tiny amounts of cancer DNA in the blood.

The researchers used this test to examine samples from 142 patients, treated for early stage breast cancer, who had provided their data for research studies. These patients gave blood samples at various timepoints during their treatment and follow-ups, including roughly 12 months after surgery, when their initial treatment plan had been completed. The patients had then been monitored for cancer recurrence for up to 13 years.

For six patients, the blood biopsy analysis picked up signs of cancer in their banked samples taken a year after surgery. All of those individuals were later diagnosed with metastatic recurrence an average of 18 months, and up to three years, after giving the blood sample. Twenty-six other patients tested negative in their blood samples at one year post-surgery but still developed recurrence; cancer in these patients tended to reappear on a longer average timeline, as many as 10 years later. The remaining patients in the cohort had no record of disease return.

The researchers found that they had a better chance of predicting recurrence in cases where a patient’s tumor biopsy had given them data on a large number of mutations to search for, and when recurrence had occurred within that three-year window. For patients whose cancer recurred many years later, the team suspects any cancer DNA lingering in the blood at one year post-surgery was still at levels too low to detect.

Going forward, the researchers are conducting whole-genome sequencing, rather than whole-exome sequencing, of tumor biopsies to collect even more information per patient and boost the blood biopsy’s sensitivity. The team is also exploring opportunities to study blood samples taken more frequently from patients over long periods of time, and further investigate whether real-time interventions for patients with detectable residual disease can have a meaningful clinical impact.

“We’re working to further improve the technology now to catch as many of these patients as possible,” said Adalsteinsson. “When we did detect residual disease in blood, following initial courses of treatment, it was a strong predictor of future recurrence. While this was a retrospective study, if a blood biopsy can give clinicians this early warning in real time, that might provide the opportunity to alter a patient’s outcome.”

“This study is an important demonstration that a customized blood biopsy test has the sensitivity needed to predict which patients are at risk of cancer recurrence,” said co-author Todd Golub, director of the Gerstner Center and a faculty member of the Dana-Farber Cancer Institute. “Our vision is that, in the future, we will use tests like this to help patients and their doctors determine whether additional treatment is needed to prevent recurrence.”