You are here:
Home / Health News / People with obesity in the UK wait much longer before discussing weight with a healthcare provider 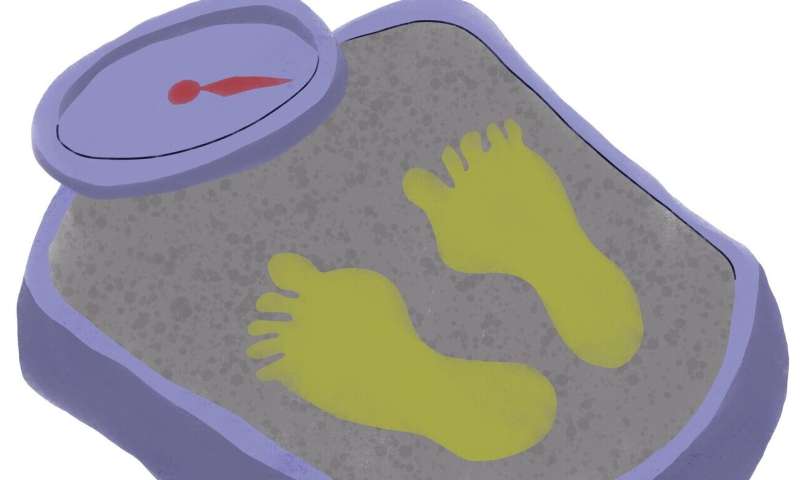 A detailed analysis of UK data from a global obesity study (the ACTION-IO study) has shown that, on average, people with obesity (PwO) in the UK were struggling with their weight for 9 years before they sought help from a healthcare professional/HCP, much longer than the global average of 6 years found in this study.

This delay puts PwO at additional risk of developing obesity-related conditions such as type 2 diabetes (T2D), obstructive sleep apnoea (OSA) and cancer. Additionally, more than half of the PwO had never discussed their weight with an HCP.

Reasons identified for the findings were that PwO felt that it was their own sole responsibility to manage their excess weight, and UK doctors incorrectly perceived their patients to be not motivated to lose weight. Short appointment times were also a barrier to weight loss conversations in the UK.

The study is by UK obesity experts, including medical doctors and a patient representative, and is led by Dr. Carly Hughes, Fakenham Weight Management Service, Fakenham Medical Practice, Fakenham, Norfolk, UK, and Professor Jason Halford, University of Leeds, UK. It is presented at this year’s European and International Congress on Obesity, held online from September 1-4.

In the ACTION-IO study, an online survey was conducted in 11 countries: Australia, Chile, Israel, Italy, Japan, Mexico, Saudi Arabia, South Korea, Spain, UAE and the UK. This particular study looks at the UK results, where 1500 PwO and 306 HCPs (156 primary care physicians/PCPs, 150 in secondary care/SC) completed the survey (with a response rate of PwO 14%, HCPs 28%). Respondents were recruited through email via online companies to whom they had given permission to be contacted for research purposes.

Among the 47% of PwO (compared with 54% across all 11 countries) who had a discussion with an HCP about weight in the past 5 years, it took a mean of 9 years (versus an average of 6 years across all 11 countries) from the start of struggles with weight until a discussion took place. PwO who had a weight discussion with an HCP reported positive (56%) and negative (45%) feelings, while 4% felt offended.

PCPs discussed weight (61%) and provided a diagnosis of obesity (64%) with a smaller proportion of their patients with obesity than SC (73% and 71% respectively). More UK HCPs (68%) than the average across all 11 countries (54%) selected short appointment time as a top reason for not discussing weight management.

The authors say: “UK health care providers underrate the impact of obesity on health, with few believing their patients are motivated to lose weight. In the UK, the time from the start of struggles with weight until the initial discussion with their doctor—which is the gateway to treatment in the UK NHS—was longer than the global average, and we believe addressing this time gap is key. Such a delay puts people with obesity at increased risk of developing obesity related conditions.”