Any parent who has ever ordered school pictures knows the highs and lows of the process, like picking a package, worrying about flyaway hairs or unexpected facial expressions. And let’s not forget the price, dear lord, the price! You could probably finance your child’s entire college experience by putting the money you spend every year on picture day into a high yield savings account. But, none of those things comes close to what parents in a Florida high school experienced when they got their first look at the official Bartram Trail High School yearbook. 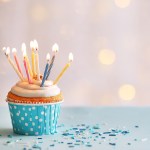 Instead of seeing the school pictures that were sent home as part of their original picture day photo shoot, parents were surprised to see Photoshopped photos of their daughters within the pages. The reason? The girls were supposedly in violation of the school’s dress code.

According to the school’s dress code, girls must wear tops that “cover the entire shoulder and they must be modest and not revealing or distracting.” While you take a moment to recover from the scandal of exposed shoulders and outdated concepts for modesty, we’d like to point out that there were 80 girls who failed to meet the yearbook’s rigid dress code and exactly zero male offenders.

The district’s Chief of Community Relations, Christina Langston, explained that this decision was not made by the school board or a collection of staff, but instead a lone educator. “The yearbook coordinator made the decision to edit the photos based on her assessment that the females were not in dress code,” she wrote in an email to CNN.

The now viral edits have prompted parents to call for changes to the outdated dress code. And moms like Stephanie Fabre believe that the issue is larger than just “inequity” in the way the school polices what girls wear. “It’s antiquated,” Fabre told CNN while referring to a line in the code that prohibits culottes (which are knee-length pants that are flared to look more like a skirt). “I mean, it’s 2021.”

Fabre is just one voice calling for a systemic change to the dress code. Fellow parent Adrian Bartlett (whose daughter can be seen in what we can only assume is the worst attempt at photo editing in the history of attempts at photo editing) is upset with the message these rules are sending.

“You’re telling my daughter that she should be ashamed of that part of her body, that she should be covering it up,” Bartlett said. “I think that’s the completely wrong message to give to young teenage girls who are already going through the body shaming era and trying to understand themselves and then be comfortable with themselves.”

Both of these moms also believe that the school dress code is designed to cater to male students, while hefting responsibility onto the bare shoulders of their daughters. “We’re telling our girls to cover up and dress modestly to protect the boys,” Bartlett said. “I think that’s just the wrong message. Everybody should be responsible for themselves and our girls to be able to dress comfortably, respectfully.”

We love that these moms are standing up for their daughters and calling for change. Not only does it send the message that there’s nothing wrong with women’s bodies, but it teaches them to speak up.

The parents who are calling for change want to make sure it’s known that they’re not just looking for lip service, but instead a radical change in the way the school treats the different sexes. At a school board workshop held on Tuesday, many parents showed up to voice their concerns. Fabre says the code of conduct, which includes the dress code, was one of the topics of discussion. “There was quite a bit of public comment,” she told CNN.

As for the school board, they want to create a committee to review the existing code, but aren’t going as far as to say that the recent yearbook faux pas is the reason behind their decision.

It’s worth noting that this entire dress code debacle is brought to you by a state that doesn’t believe they can enforce face masks because it violates civil liberties or something. Which says a lot about exactly whose liberties matter.

These celebrity moms may use weed to help them with that daily juggle.