You are here:
Home / Health News / Opioid use for pain relief increased as a result of the COVID-19 pandemic 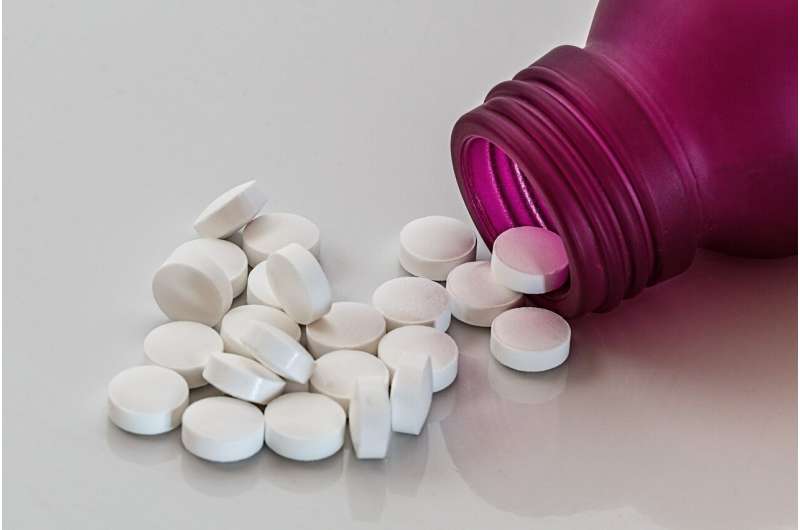 The use of opioids for pain relief in patients awaiting hip and knee replacement surgery increased dramatically during the pandemic according to new research from the University of Aberdeen.

Published in the BMJ Quality & Safety, the study found that the numbers of patients using opioids while waiting for surgery increased by 40% compared to pre-pandemic levels.

Opioids such as morphine and tramadol are often used as a last resort in pain management in osteoarthritis. However, there is growing evidence for limited benefit and even long-term detriment to health, especially in older adults. Long-term opioid use pre-surgery has also been associated with increased risk of complications related to the operation, poorer outcomes, and ongoing opioid dependence.

The surge in opioid use for pre-operative pain was associated with the waiting time for surgery which was an average of 90 days longer during the pandemic.

This occurred as hospitals worldwide were forced to restructure when the pandemic called for an immediate shift towards prioritization of acute care, leading to the widespread postponement of elective orthopedic procedures.

Patients awaiting hip and knee replacements, as one of the most common elective procedures, have been disproportionally affected and estimated figures suggest that over 6 million elective orthopedic procedures were canceled worldwide during the first peak of the pandemic.

Luke Farrow Clinical Research Fellow at the University of Aberdeen’s Institute of Applied Health Sciences who led the research explains: “Whilst these changes have served to ‘flatten the curve’ and reduce some of the harm associated with COVID-19 infection, there has undoubtedly been an impact on patients whose elective procedures were postponed.

“COVID-19 has had a significant detrimental effect on access to hip and knee surgery, and work by others has suggested this has been associated with worsening pain and quality of life for patients. We were concerned that this may have been associated with greater rates of opioid prescribing to manage these symptoms.”

The study looked at data collected from 452 NHS patients from the north east of Scotland who were on the waiting list for hip and knee replacement surgery. They compared the numbers of patients who had been prescribed opioids with those who had surgery before the pandemic.

Luke Farrow added: “Our work provides evidence of potential for an emerging opioid problem associated with the influence of COVID-19 on elective orthopedic services.

“With continued delays in the provision of timely total hip and knee arthroplasty expected for some time due to the considerable backlog of patients awaiting surgery, patients will need to seek alternative treatment options to manage their symptoms.

“We would advocate that healthcare professionals and patients avoid the use of opioid medication if at all possible due to the known lack of effect in this setting and potential for harm.