You are here:
Home / Health News / Nurse says she won't get vaccine even after both parents die of COVID 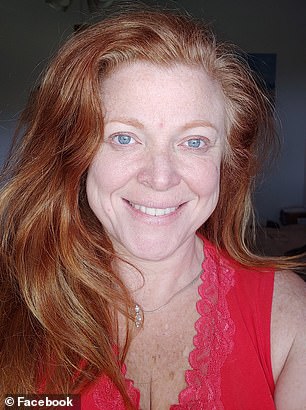 Shanda Parish (pictured, a nurse in Arkansas, said that she still does not want to get vaccinated even after both of her unvaccinated parents died of Covid in late August

A nurse in Arkansas said she is still unlikely to get a COVID-19 vaccine, even after both her parents died from the virus within days of each other.

Shanda Parish, from Fort Smith, Arkansas, told the Wall Street Journal that she believes the vaccine is too new and doesn’t trust it.

This is despite the deaths of her father Robert and stepmother Vira, both in their 70s, at the end of July within three days of each other after contracting Covid at a high school reunion.

Parish has stood firm on refusing the shot despite being sent a horrific voicemail from her father as he moaned and gasped in his hospital deathbed.

She said: ‘It doesn’t even sound human. I don’t like hearing it, but I can’t delete it.’

Parish says she’s since been guilt-tripped about not pushing her parents to get the vaccine – although her brother David Herring did try unsuccessfully to do so.

Speaking through sobs, Parish added: ‘We didn’t kill them, but some people make us feel like it’s our fault they’re gone. No one should try to make you feel guilty because someone died.’

Arkansas – and Sebastian County, where Parish lives –  are both being slammed by an Indian ‘Delta’ variant-fueled Covid surge, as cases are nearing record highs after months of declines.

The Herrings were lifelong residents of western Arkansas.

Their children told The Journal that they did not want to get vaccinated.

Parish says that she does not regret her parents decision to not get vaccinated, because it was their choice. 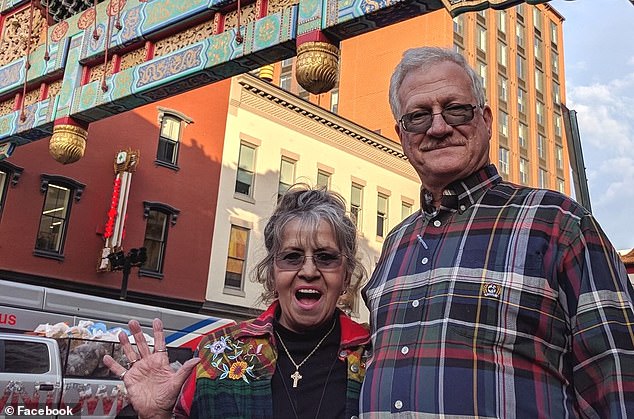 Vira (left) and David (right) Herring both died from COVID-19 in late August after contracting the virus at a high school reunion. Neither were vaccinated

She did tell The Journal that she wished she had the chance to urge them to go to the hospital earlier, though.

In the time since, she says friends have cast judgment on her, and even passed some blame to her for her parents’ death.

‘We didn’t kill them, but some people make us feel like it’s our fault they’re gone,’ she said.

‘No one should try to make you feel guilty because someone died.’

DailyMail.com reached out to Parish for comment but she did not immediately respond.

Her brother, David Herring, lives near Washington D.C. and is vaccinated himself.

He told The Journal that he urged his parents to get vaccinated before their deaths, and he is infuriated over the situation.

‘Their age and health conditions – they should have gotten vaccinated really early.

‘And then trying to talk to friends of theirs and hearing these ridiculous things about depopulation and computer chips.’ 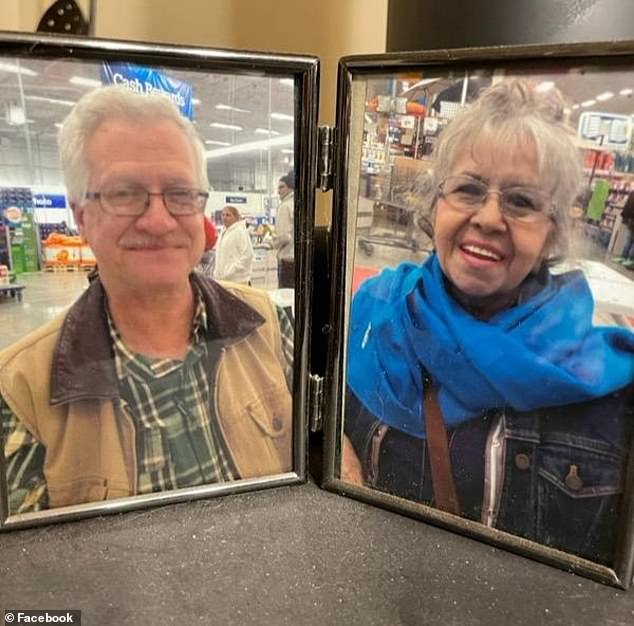 The Herrings’ children are split on whether to receive the vaccine, with Parrish refusing, and their son David getting vaccinated, and urging others to do the same

Despite her parents’ deaths, Parish says she does not plan to get vaccinated.

On August 4, after her parents death, she shared a vague anti-vaxx news article with the caption ‘They just keep coming…’

The post links to an article about shingles being a potential side-effect of the COVID-19 vaccines, with 112 incidences of the condition in 33 million people in the United Kingdom.

Like much of the rest of western Arkansas, Sebastian County has a low vaccination rate.

Only 36.2 percent of the counties 127,000 people are fully vaccinated, according to official data.

The county is also averaging 78 new cases a day, up 50 percent from 52 cases a day two weeks ago, and the highest since February 1. 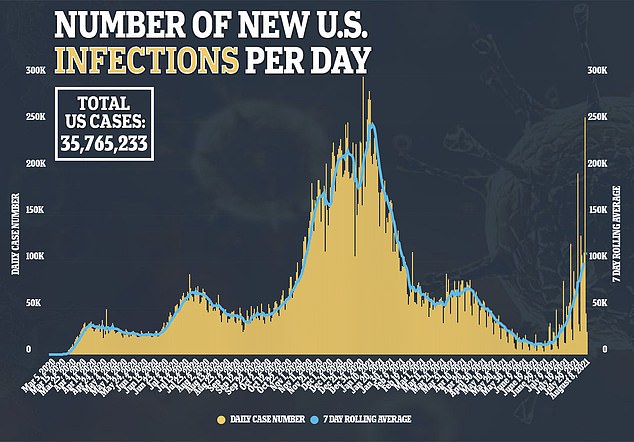 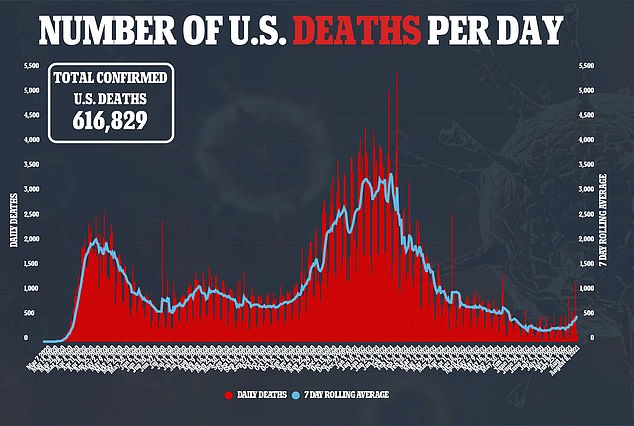 Arkansas is averaging 2,263 cases a day – the highest total since the pandemic was at its worst in January – cases up 24 percent from 1,824 only two weeks ago.

It is one of 13 U.S. states with less than half of residents at least partially vaccinated – with only 49 percent having received at least one shot of a vaccine and 37 percent fully vaccinated.

Arkansas was one of the most eager states to oppose pandemic related mandates, even passing a law earlier this year that banned any mask mandates in the state.

Governor Asa Hutchinson, a Republican, said last week that he regrets passing that law and is calling for a special legislative session to repeal as his state gets hammered by the virus. 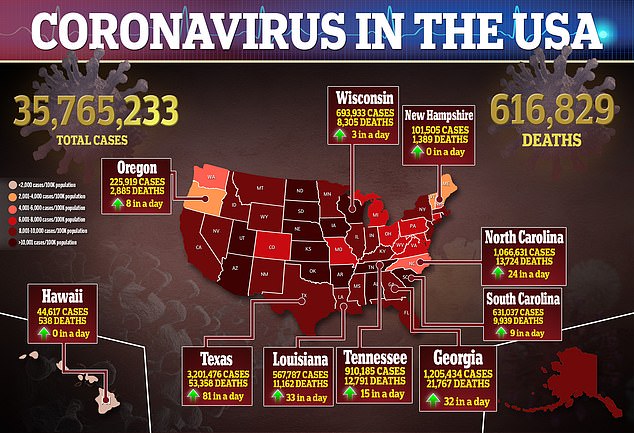