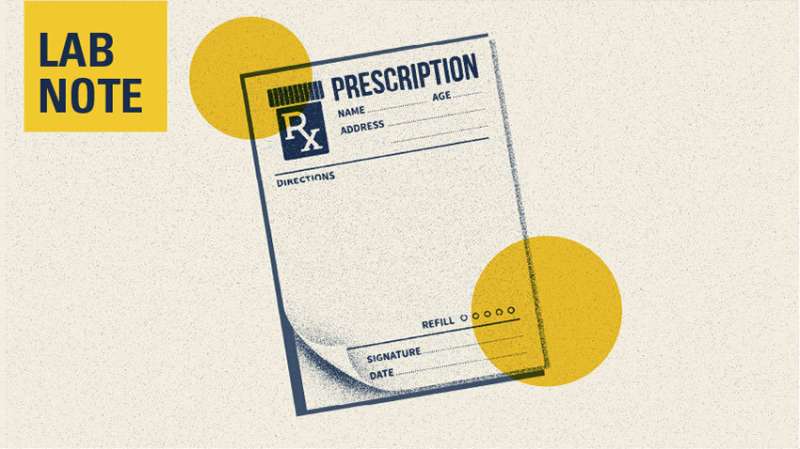 After the Centers for Disease Control and Prevention released a guideline for prescribing opioids to patients experiencing chronic pain in 2016, the prescribing rate of non-opioid pain medication increased each year above and beyond what would be expected based on the preexisting trends, a new study finds.

The 2016 guideline aimed to help U.S. clinicians treat adult patients for chronic pain while weighing the benefits and risks of prescribing opioids, as more Americans died of opioid-related overdose. Using insurance claims data from over 15 million patients, a team of researchers from Michigan Medicine and the CDC analyzed the prescribing rates of nonopioid pain medications, such as acetaminophen and nonsteroidal anti-inflammatory drugs (NSAIDs).

They found that the odds of prescribing a nonopioid pain medication in 2016 were 3% higher than expected from pre-guideline estimates for the same year. That number increased to 8% in 2017 and 9.7% in 2018. The results are published in JAMA Network Open.

“These findings suggest that clinicians have been prescribing nonopioid pain medications more frequently since the 2016 guideline was released, and that may mean that they’ve considered opioid therapy only if its expected benefits exceeded the expected risks to the patient,” said Jason Goldstick, Ph.D., lead author of the study and a research associate professor of emergency medicine at University of Michigan Medical School.

“Though many characteristics—such as pain intensity and effectiveness of pain management—are not available in these data, these results may represent an increase in guideline-concordant pain treatment.”

“The 2016 guideline encouraged caution in prescribing opioids, and it was possible that it could have reduced the use of pain treatments overall,” said Amy Bohnert, Ph.D., M.H.S., senior author of the paper and associate professor of psychiatry at U-M Medical School. “Our analysis provides an encouraging sign that patients were more often offered other treatments for pain than before the guideline, rather than only being offered opioids less often.”

Researchers say the changes in prescribing may have also led to a shift toward the use of some nonpharmacologic treatments, including physical therapy and cognitive behavioral therapy. They note additional research on changes in nonpharmacologic pain treatments, as well as undertreatment of pain and patient pain outcomes, are needed to gain a fuller understanding of changes to the pain management landscape following the 2016 guideline release.