You are here:
Home / Health News / Movement recovery after stroke depends on the integrity of connections between the cerebral cortex and the spinal cord 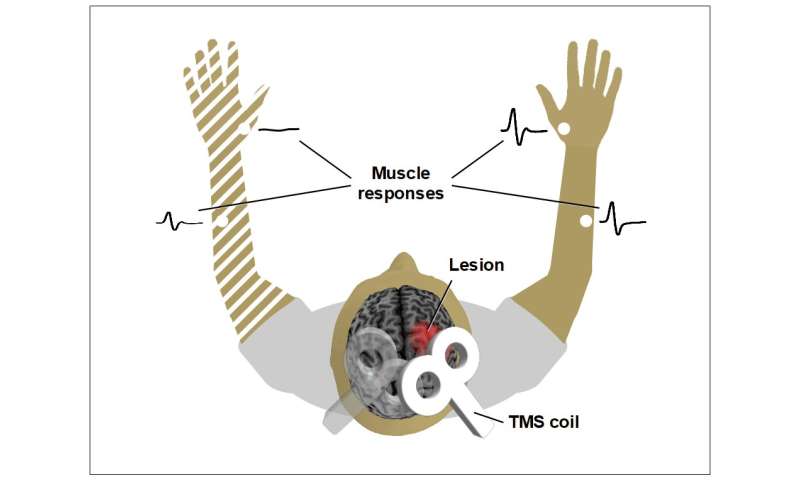 A team of scientists, with the first author from the HSE University, were investigating which factors are the most important for the upper limb motor recovery after a stroke. The study is published in Stroke.

A stroke occurs when there is a blockage or rupture of a blood vessel feeding the brain. About 400,000 stroke cases are registered in Russia annually. Stroke is a disease, which occurs mostly in older ages but not only, for instance in Russia every 7th stroke happens in young people. Today there are more than 1.5 million people living in Russia who are in need of motor, speech, or cognitive rehabilitation due to stroke. The impairment in the upper limb is the most common and one of the most challenging for rehabilitation.

The extent to which the brain is damaged and movements are impaired after a stroke varies greatly among patients. How effectively a patient will regain his/her functions after a stroke depends both on the severity of the damage and the adequacy of the rehabilitation interventions. Assessment can be conducted using functional and structural approaches of brain imaging.

The published article is dedicated to a study of the relationship between the degree of movement recovery in the upper limb and the structural and functional state of the motor system, assessed using methods of transcranial magnetic stimulation (TMS) and magnetic resonance imaging (MRI). The study included 35 patients of young and middle age (in average 47 years old), who had a stroke more than six months prior to the study. The patients were divided into three groups depending on the level to which they regained movement in their upper limb: good, moderate, and bad.

The corticospinal tract is a pathway that connects the cerebral cortex with the spinal cord, allowing voluntary limb movement.

In addition, the study showed that the methods of MRI and TMS are equally effective for assessing the condition of the corticospinal tract in patients in chronic phase after stroke and can be used interchangeably when it is necessary to select a group of patients with low levels of recovery.

“However, it is important to consider that when assessing the motor system using TMS, it is necessary to study the evoked motor responses in several muscles of the upper limb. This makes it possible to reduce the number of false negative results—cases in which muscle responses to stimulation were not found, although the corticospinal tract was partially preserved,” says Maria Nazarova, research fellow at the Institute for Cognitive Neurosciences of HSE University.