You are here:
Home / Health News / More than 100 MILLION people worldwide have had COVID-19

More than 100 MILLION people worldwide have had COVID-19

More than 100 MILLION people worldwide have had COVID-19 and over 2.1 million have died since the first case was reported 391 days ago

A staggering 100 million people around the world have been infected with coronavirus, a grim Johns Hopkins University tally shows.

The virus that didn’t exist two years ago spread to just shy of 13 percent of the global population in just over a year.

COVID-19 has claimed the lives of 2.1 million people, leaving economies in shreds and hardly a family untouched.

Since the virus emerged in Wuhan and turned the bustling metropolis to a ghost town, COVID-19’s place or origin has managed the unthinkable: it is nearly back to normal.

But most of the world is a long way from ‘normal.’

The US has more than a quarter of the world’s cases and more than 3,000 Americans die of COVID-19. UK residents remain under the strictest set of lockdows the nation has seen yet and is still seeing the second highest number of new daily infections per one million people in the world.

Vaccines, the proverbial ‘light at the end of the pandemic’s tunnel, have arrived, but the rollout is agonizingly slow with less than 0.9 percent of the population having had a shot.

And super-infectious variants that have emerged in the UK, US, Brazil and South Africa amid surging case threaten to further overwhelm already cracked health systems, evade vaccines and undercut the hard-won progress the world has finally made against the pandemic. 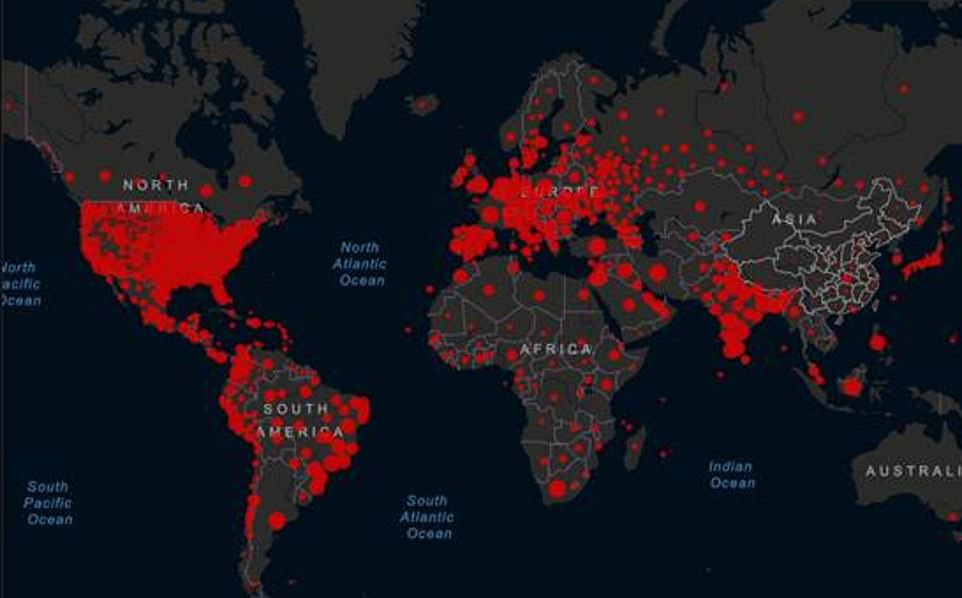 As of Tuesday, more than 100  million people worldwide have been infected with coronavirus, according to Johns Hopkins University’s tally. A quarter of those cases are in the US (pictures) 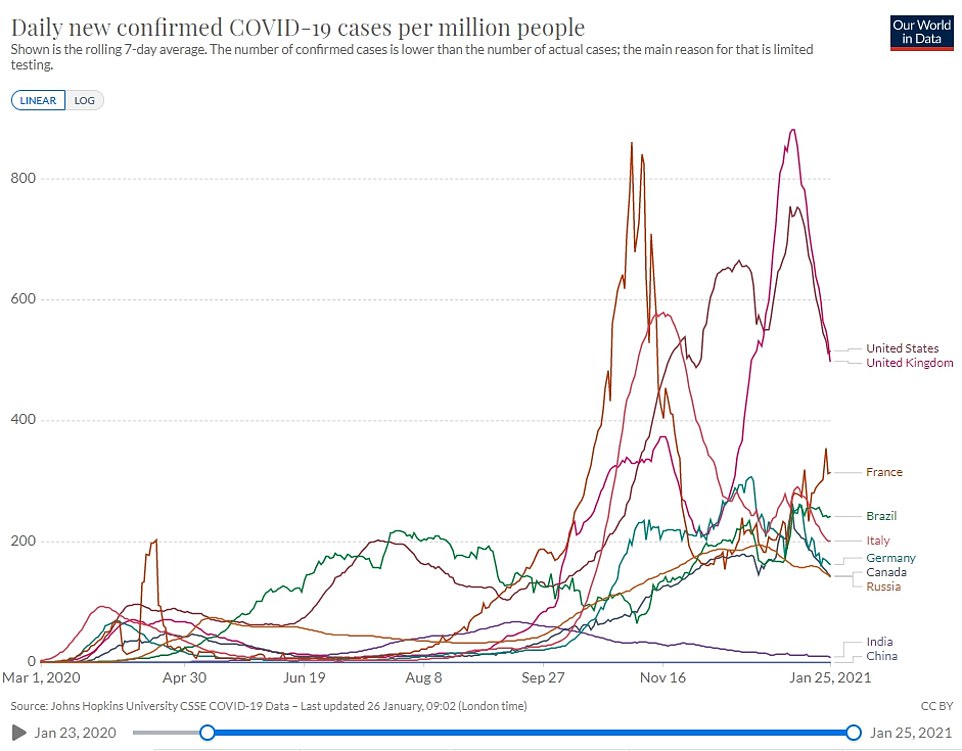 The US (dark purple still has more new cases per day per one million people in its population in the world, with the UK close behind (fuschia). France and Brazil are also seeing high rates of new infections per day. Brazil’s crisis may be driven by a more infectious new variant there

It has been just over a year after China first alerted the World Health Organization (WHO) that the mysterious wave of pneumonia cases in Wuhan – the largest city in the Hubei province – appeared to be caused by a new virus.

Scientists now think the virus was probably there months earlier. The Chinese government likely downplayed or altogether hid the earliest warning signs that a pandemic was brewing.

But even with an unprecedented flurry of scientific activity and international collaboration, things are, in some ways, worse than ever.

Monday alone, half a million new COVID-19 cases were recorded around the globe, according to Johns Hopkins University.