You are here:
Home / Health News / Low rate of death among vaccinated is ‘very reassuring’

Low rate of death among vaccinated is ‘very reassuring’ 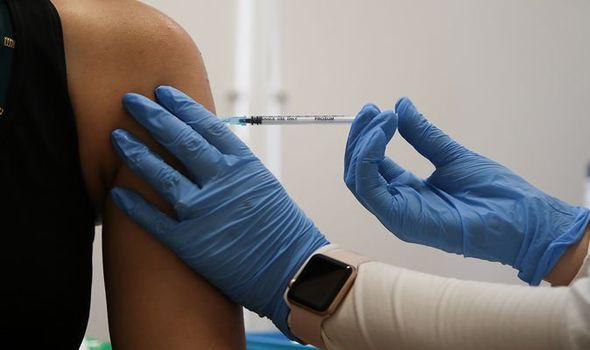 Although many of the victims are likely to have died in the January wave – when fewer had been offered the jab – the low numbers of fatalities in vaccinated individuals were described as “extremely reassuring”.

Data showed fewer than one percent of those who lost their lives had been double-jabbed.

Only 256 of those were thought to be true “breakthrough deaths”, where the victim tested positive for the virus at least two weeks after their second dose.

Others caught the virus between doses or within 14 days of their second, before there had been enough time for immunity to fully develop.

Prof Gino Martini, chief scientist for the Royal Pharmaceutical Society, said: “It is extremely reassuring to see the latest statistics around the vaccination programme in England.

The data shows that people are much better protected from the virus after two doses. Hopefully this will inspire others to get the vaccination to protect themselves and others.”

Analysis by the Office for National Statistics showed there were 51,281 deaths involving coronavirus in England between January 2 and July 2, accounting for a fifth of the total number of deaths from all causes.

These included deaths where Covid-19 was the underlying cause or it was mentioned on a death certificate.

Of the total number of deaths over that six months, 38,964 people were unvaccinated.

Kevin McConway, emeritus professor of applied statistics at The Open University, said the figures showed that “being fully vaccinated reduces the chance of a death involving Covid-19 very considerably, compared to not being vaccinated at all”. He added: “The vaccines aren’t perfect – some people do still die of Covid-19 even though they are fully vaccinated. But no vaccine is 100 percent effective.”

Of the breakthrough deaths, 61 percent occurred in men and the average age was 84; 13.1 percent were of people thought to have had weakened immune systems, compared with 5.4 percent for other Covid-19 deaths.

This included people with a health condition or undergoing treatment that left them immunocompromised.

There were 30,825 new Covid-19 cases and 61 deaths within 28 days of a positive test confirmed yesterday.

We will not be able to overcome Covid until we inoculate enough people to achieve herd immunity.

To do this, current estimates suggest more than 80 percent of the population needs the vaccine.

A recent Office for National Statistics survey found that 96 percent of adults have positive attitudes towards vaccines, while four percent remain hesitant.

Vaccine hesitancy is decreasing but there are concerning patterns among Black British communities and people from deprived socioeconomic backgrounds. That is particularly worrying as this demographic is more susceptible to severe illness and poor outcomes if they test positive.

Hesitancy among pregnant women is also quite high and concerning given the 50 percent increased rate of severe Covid-19 in pregnancy. And hesitancy among young people is improving but still prevalent.

I am part of Team Halo, a group of doctors, scientists and healthcare professionals who volunteer their time to create science and evidence-backed content on the Covid vaccines. We share informative videos on social media sites including Twitter, Instagram and TikTok. But there is a lot of misinformation and it’s putting lives at risk.

Common myths include rumours about fertility, the spike protein in the vaccine being harmful and the vaccines causing long-term side effects.

Others include worries about vaccines not being tested properly – but in addition to the clinical trials, we have data proving their efficacy and safety in over four billion doses worldwide.

We need experts to address concerns within communities, as this has worked in Wales, and we must ensure everyone has access to evidence-based information.