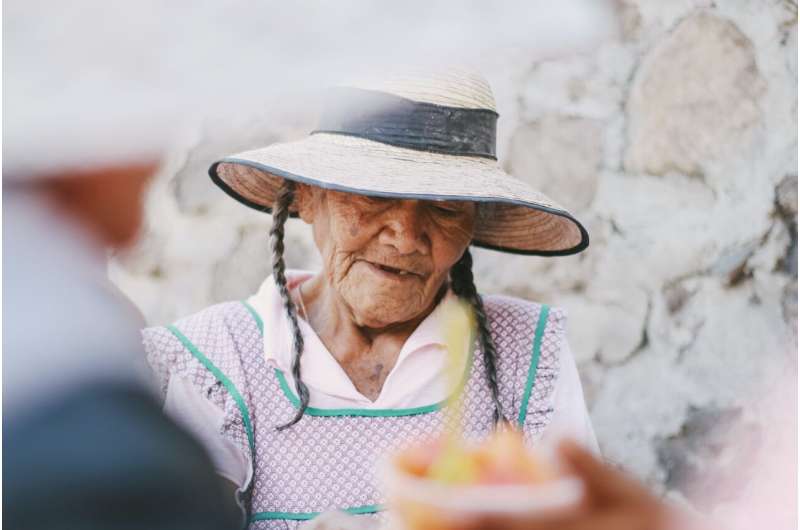 New research from the University of Georgia finds that older Mexican Americans who live in low English-speaking neighborhoods are at greater risk for poor health and even an early death.

Language barriers can be a significant deterrent to health. People who don’t speak English well are less likely to seek health care or receive health information. This can lead to delay of care and missed health screenings for chronic disease and cancers. Language isolation is also linked to poor mental health.

These issues only compound as non-English speakers age, said study co-author Kerstin Emerson, a clinical associate professor of gerontology at the Institute of Gerontology in UGA’s College of Public Health.

“Not many studies have looked at the link between language isolation and health outcomes for Hispanic older adults,” said Emerson, and few have studied how a whole neighborhood that is linguistically isolated—where more than a third of households do not speak English or speak it proficiently—may impact health.

Understanding risk at the community level is vital for creating effective public health interventions, which focus on improving health in populations, said Emerson.

Older Mexican Americans tend to have lower English-speaking proficiency than other Latino groups, and increasingly, this group is experiencing poorer health outcomes.

“So, we are trying to explain one factor—living in this community with a lot of linguistically isolated households and whether it would matter a lot to their health, and even survival during old age,” said co-author Donglan “Stacy” Zhang, assistant professor of health policy and management at UGA CPH.

The team analyzed data from the Hispanic Established Populations for the Epidemiologic Studies of the Elderly dataset, a survey of over 1,100 Mexican Americans, 65 and older, living in five U.S. states. The survey followed respondents up to 13 years, tracking demographic factors and personal health factors.

In fact, older Mexican Americans who lived in linguistically isolated neighborhoods had mortality rates that were about 1.25 times higher.

“If you are linguistically isolated, you’re very likely to be isolated socially, and we know social isolation contributes to mortality,” said Emerson. Her research on social isolation among older adults has found that social connection is essential to accessing and maintaining good health.

“It’s not just that you’re not using the health care system; you’re very likely not to have a large social network outside of your neighborhood. The bigger your social networks are, the more likely you are to find out about services,” she said.

Zhang recommends that health care providers need to be trained to provide culturally adaptive services to non-English speaking community members, and more outreach should be done to bring preventive services like chronic disease screenings to the patients who need it.

“We focus on the easy thing, which is translating a pamphlet [into Spanish], but we’re actually talking about entire neighborhoods that are socially isolated, so not just the one home or one person. Translating pamphlets isn’t going to cut it,” she said.

Reducing health disparities, says Zhang, will require tackling a wider set of issues like language barriers. Zhang and Emerson say that more long-term, population studies like this one are needed to support better public health outreach.

Covid test: The drinks that could lead to a false positive result, according to new study
Recent Posts