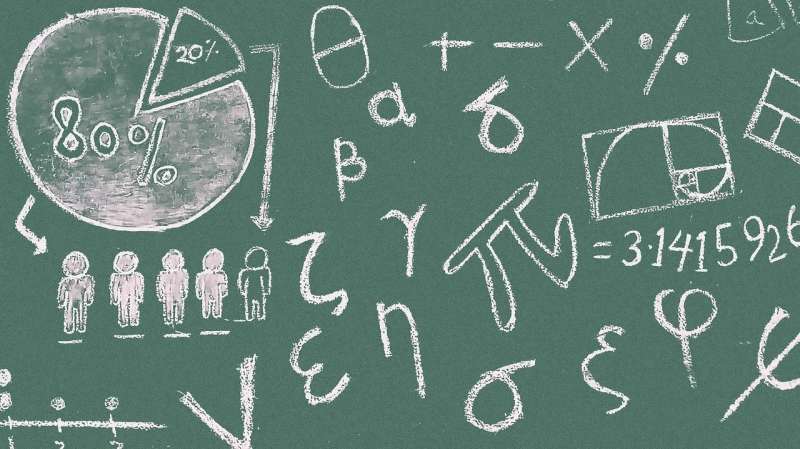 Adolescents who stopped studying maths exhibited greater disadvantage—compared with peers who continued studying maths—in terms of brain and cognitive development, according to a new study published in the Proceedings of the National Academy of Sciences.

133 students between the ages of 14-18 took part in an experiment run by researchers from the Department of Experimental Psychology at the University of Oxford. Unlike the majority of countries worldwide, in the UK 16-year-old students can decide to stop their maths education. This situation allowed the team to examine whether this specific lack of maths education in students coming from a similar environment could impact brain development and cognition.

The study found that students who didn’t study maths had a lower amount of a crucial chemical for brain plasticity (gamma-Aminobutyric acid) in a key brain region involved in many important cognitive functions, including reasoning, problem solving, maths, memory and learning. Based on the amount of brain chemical found in each student, researchers were able to discriminate between adolescents who studied or did not study maths, independent of their cognitive abilities. Moreover, the amount of this brain chemical successfully predicted changes in mathematical attainment score around 19 months later. Notably, the researchers did not find differences in the brain chemical before the adolescents stopped studying maths.

Roi Cohen Kadosh, Professor of Cognitive Neuroscience at the University of Oxford, led the study. He said: “Maths skills are associated with a range of benefits, including employment, socioeconomic status, and mental and physical health. Adolescence is an important period in life that is associated with important brain and cognitive changes. Sadly, the opportunity to stop studying maths at this age seems to lead to a gap between adolescents who stop their maths education compared to those who continue it. Our study provides a new level of biological understanding of the impact of education on the developing brain and the mutual effect between biology and education.

“It is not yet known how this disparity, or its long-term implications, can be prevented. Not every adolescent enjoys maths so we need to investigate possible alternatives, such as training in logic and reasoning that engage the same brain area as maths.”