You are here:
Home / Health News / Kids with ‘silent malaria infection’ at risk of cancer

Kids with ‘silent malaria infection’ at risk of cancer 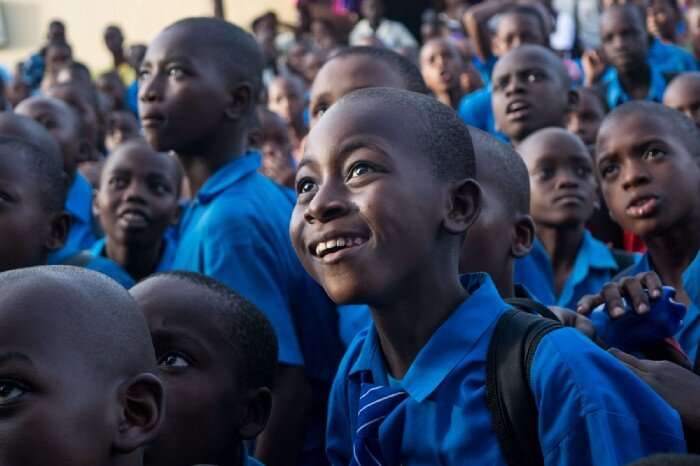 Endemic Burkitt lymphoma cases occur in areas with frequent malaria transmissions. Researchers hypothesized that the disease may occur in children with heavy exposure to malaria, says Sam Mbulaiteye, a co-author of the study and a senior investigator at the Division of Cancer Epidemiology and Genetics at the US-based National Cancer Institute.

The research suggests that the malaria parasites stimulate the immune systems in young children, which creates an ideal environment for Epstein-Barr virus infection and can lead to the development of endemic Burkitt lymphoma, Mbulaiteye tells SciDev.Net.

“This strong correlation suggests that while children with silent malaria infection are normally considered not to be at risk of death from malaria-related complications, this study suggests that they remain vulnerable to developing endemic Burkitt lymphoma, which is suspected to be causally linked to malaria,” Mbulaiteye adds.

Endemic Burkitt lymphoma is common in malaria endemic countries in Sub-Saharan Africa, making up 50 to 75 percent of all childhood cancers, the study adds. Although the disease can occur at any age, most cases occur in children under 15.

According to the study published in the Malaria Journal last month (28 July), researchers analyzed data on 850 children with endemic Burkitt lymphoma and 2,878 children without the disease in trials conducted in Kenya, Tanzania and Uganda between 2010 and 2016. They found that both groups tended to be older than five years, had normal or almost normal values for hemoglobin, platelet counts and white cell counts.

Researchers also analyzed 21 journal articles that studied children up to 15 years old who had malaria with or without symptoms to identify risk factors of endemic Burkitt lymphoma.

The researchers identified some risk factors, including living in a malaria endemic area, malaria transmission for seven months of the year, male sex, rural residence and exposure to mosquitoes and animals.

Simon Kariuki, chief research officer at the Kenya Medical Research Institute, who was not involved in the study, says that the study provides new insight, but more research needs to be done to ensure it is adopted by malaria control programs in Sub-Saharan Africa.

Kariuki says that with the scale-up of malaria control efforts in Sub-Saharan Africa, it would be expected that cases of endemic Burkitt lymphoma will reduce because fewer numbers of children will be infected with malaria.

Kariuki says that if confirmed in additional studies that asymptomatic children are at high risk of endemic Burkitt lymphoma, malaria control programs must target children without symptoms of malaria, particularly those in schools.