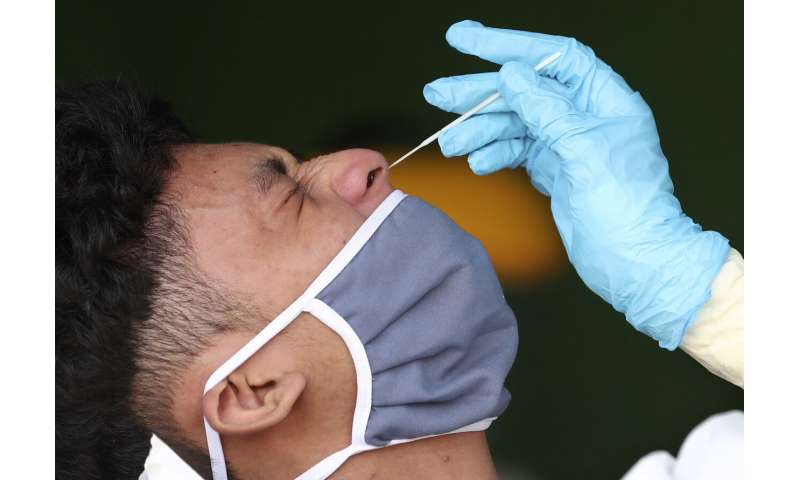 The number of coronavirus infections in Indonesia surpassed 50,000 Thursday, an increase that is worrying experts at a time when the government is allowing businesses to resume operations amid increasing economic pressure.

The spiking case numbers in the world’s fourth-most populous country align with the country’s increasing testing capacity, which have averaged close to the government’s daily target of 20,000 overthe past week, said Achmad Yurianto, the spokesman for the National COVID-19 Task Force.

But skepticism remains over the ability of the government to conduct enough tests to determine the true spread of the virus in the Southeast Asian nation, which is home to more than 270 million people living on thousands of islands.

The task force said Thursday afternoon the coronavirus has infected 50,187 people and killed at least 2,620 in Indonesia, the highest number of cases and fatalities in Southeast Asia. That’s up from just two positive cases in early March.

There are 20,449 patients who have recovered from the illness nationwide.

Since the first cases were confirmed, Indonesia has conducted fewer than 430,000 people, according to the latest government data.

That’s far from the World Health Organization’s recommendation of testing 1% to 1.5% of the country’s population, said Laura Navika Yamani, an epidemiology expert at the Airlangga University. 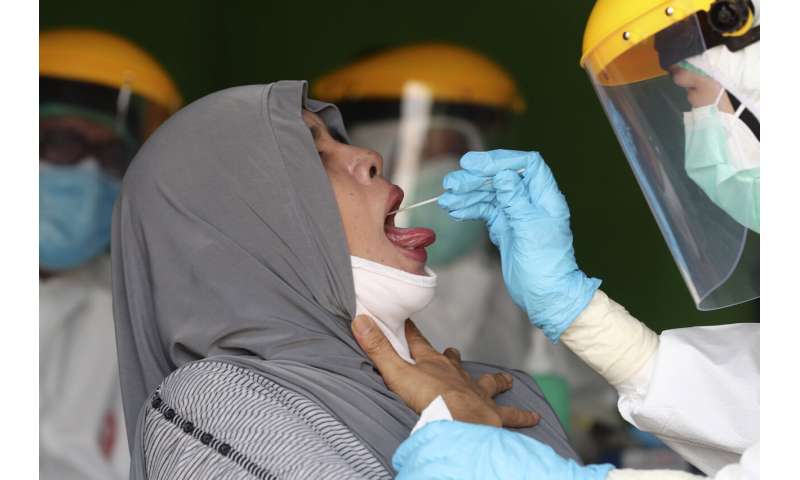 “In terms of epidemiological measures, the situation in Indonesia is indeed not safe,” Yamani said, “Without sufficient testing, the full extent of the COVID-19 transmission will remain unknown.”

The soaring number of cases is deepening Indonesian economic gloom.

Planning Minister Suharso Monoarfa told a Parliament hearing recently that up to 5.5 million Indonesians may lose their jobs because of the pandemic.

Already, 9.4% of the population lived below the national poverty line last year. He said the poverty rate is expected to rise up to 10.2%.

President Joko Widodo said his administration wants Indonesia’s economy back on track but safe from the virus and started the country’s reopening earlier this month.

Offices, restaurants and shopping centers have reopened with only 50% of their employees and customers. Public transportation also resumed services. 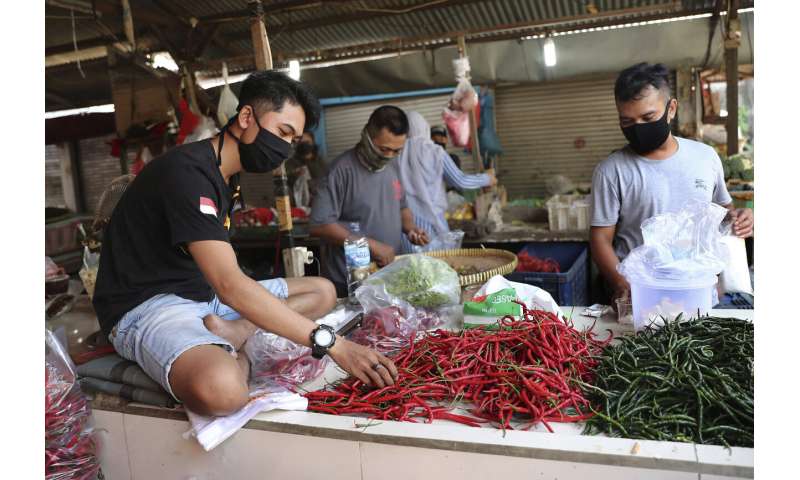 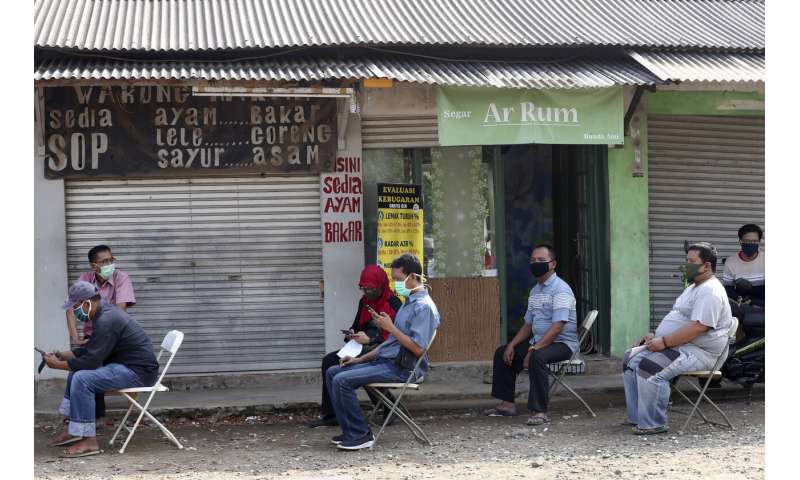 Many people are worried about the reopening. The government plans to enforce health rules by deploying 340,000 security personnel as the restrictions are gradually lifted through July.

Working at a private hospital in Jakarta, Dr. Yesika Nadya contracted by the virus while treating a patient who was seriously ill with COVID-19.

She said there used to be a shared desire to curb coronavirus transmission, but now things have changed with the focus on reopening, where people are more concerned with seeking money for food rather than observing health guidelines.

“I am worried because this impact can harm a wider community and for some people it can cause serious illness,” she said.

Indonesia’s economy grew just 2.9% in January-March, the slowest growth in almost two decades, as the pandemic made its effects felt.