You are here:
Home / Health News / How pandemic-driven preprints are driving open scrutiny of research

How pandemic-driven preprints are driving open scrutiny of research 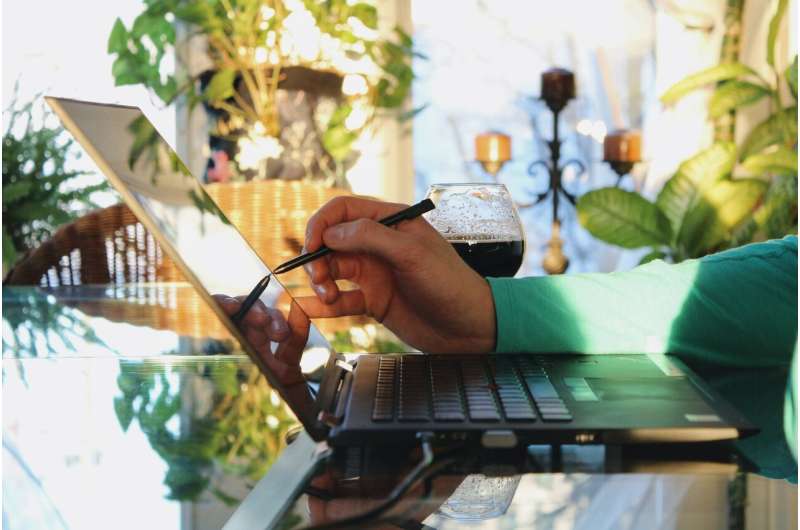 COVID-19 has changed the way many people live and work. It has also had an impact on the ways many scientists collaborate and carry out their research—and how they release their findings.

The need for speed in the fast-changing research landscape of the pandemic put pressure on biomedical researchers to share their work as fast as possible.

Many communicated their findings using preprints for the first time, releasing research reports that have not been thoroughly reviewed.

By putting these preprints into non-profit online libraries—preprint servers—that do not charge for access, they could get their results out far quicker than if they had been given a thorough review and published in a traditional journal. That process that could take more than a year.

“In the very early months of the pandemic, preprints were kind of exploding,” said Dr. Nicholas Fraser, a researcher at the ZBW—Leibniz Information Centre for Economics in Kiel, Germany. During the first four months of the COVID-19 emergency, about 40% of studies released were in the form of preprints.

“As the reality set in of how serious the situation was, there was this huge drive to get those early results out quickly and get those into the right hands,” he said.

Physicists have been sharing their research before publication for several decades. It is also pretty conventional for mathematicians and economists. But COVID gave a shock to biomedicine, where preprints had not been used as widely despite the establishment of the bioRxiv server in 2013 and medRxiv in 2019.

Some biosciences researchers had been reluctant to embrace preprints earlier because of concerns about competitors using the data for their own research, says Michael Markie, publishing director of open research publishing platform F1000Research.

Over time, biomedical researchers found preprints to be useful in showing where they were actively working, he says. And added momentum came when in 2017 large funding agencies such as the Wellcome Trust and the U.S. National Institutes of Health (NIH), began accepting preprints in grant applications.

“I think the advent of preprints is a sign that finally maybe things are going to change,” said Serge Bauin, of CNRS, the French National Centre for Scientific Research.

“The Internet comes from the academic world and has transformed so much in our lives, but communicating research results has really not changed very much (yet),” said Bauin, who co-led a study on preprints for the Knowledge Exchange open scholarship collaboration.

In the feverish research on COVID-19 some work may have been rushed, or be based on flawed methods. These problems can also afflict even the most diligent researchers, but a thorough review of the work is meant to limit risks.

By putting out work on preprint servers, researchers open themselves to public scrutiny, which may bring heavy criticism, or elicit constructive advice and corrections from other researchers, policymakers or even the general public.

But one of the biggest hazards is for as-yet-unreviewed research to find its way into traditional or social media, misunderstood or sensationalised under lurid headlines or in abusive tweets.

That can happen even with peer-reviewed papers and CNRS’s Bauin says there was a clear need to improve ‘research literacy’ generally, and particularly among journalists and others in the media.

Dr. Fraser also pointed to research on the reporting of COVID-19 preprints in 15 digital media, which found that there was inconsistency in whether the stories identified studies as preprints or made it clear to their audiences that the work had not been reviewed. In many cases media did not reflect the kind of cautionary messages that preprint servers such as bioRxiv and medRxiv have taken to displaying prominently above COVID-related research.

He said: “That’s maybe a risk, that there’s a lot of reporting going on about preprints, where the kind of control it’s been through is maybe not entirely clear.”

Compared to this radical transparency, the closed peer review process, used by traditional high-impact journals, has anonymous experts discreetly pointing out to authors their errors in methods or approach and possibly offering them time for repairs if a paper may be made viable for publication.

But open review is a growing trend, where the reviewers and authors of a paper may be identified to each other and comments and suggestions associated publicly with the work they have done in reviewing a paper.

That’s the approach taken by Open Research Europe, the new open access publishing platform for scientific papers from projects funded by the European Commission under the Horizon 2020 and Horizon Europe research frameworks.

“It’s really between the author and the reviewer to collaborate and improve upon the work,” said Markie from F1000Research, which operates the new platform for the European Commission.

As the author makes changes, the new version of the paper is published alongside the previous version, so anyone can see how the paper developed. They can also see the role of the reviewers.

This has led to concerns that reviewers in early stages of their research careers may be reluctant to be as critical in an open review as they would be in a closed process because of worries about damaging their prospects.

Markie says that while this is a genuine concern, articles are published on Open Research Europe before review, so the reviewer, who could choose to work alongside a more senior colleague to avoid unwanted disputes, is asked to improve the work—not make an editorial decision to reject it.

He also pointed out that in an open process, reviewers are perhaps a bit more invested because of the scrutiny and are encouraged to be civil and constructive in their criticism. They are also able to claim public credit for their work.

Once an article passes the peer review process, it is indexed in the major bibliographic databases, just like a traditional journal article.

Markie says that as technology gets better in the future, people will eventually forget the typical journals.

“I feel that we’re slowly going to have to get away from the print-era kind of websites that we have now and move to something that’s a little bit more dynamic,” he added.

But fully embracing digital technology could also bring new service providers offering commenting systems, or typesetting, or other ‘overlay’ functions that fit together in the research communications ecosystem.

“Preprints are kind of a building block for open access, open science system that we aim for,” ZBW’s Dr. Fraser said.

Despite the trend towards open science, transparency and preprints, many researchers still prize publication in traditional journals that may have been around for nearly two centuries.

More than 100,000 articles on COVID-19 related to biomedicine and other disciplines came out during the first 11 months of the pandemic. It is not possible to say how many will make it into peer-reviewed journals, but research before the pandemic showed that about two-thirds of life sciences preprints found their way into such scientific publications.