You are here:
Home / Health News / Celebrating our genomic diversity: Fine-scale differences in the Japanese population

Celebrating our genomic diversity: Fine-scale differences in the Japanese population 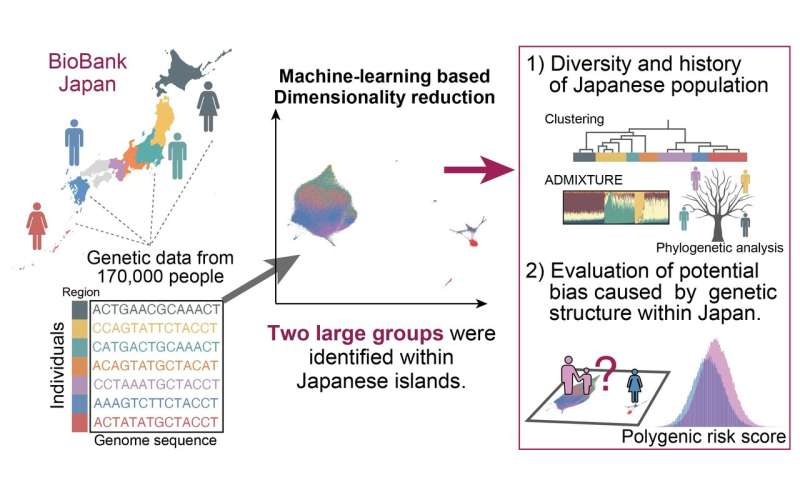 Geographically isolated from mainland Eurasia, the island nation of Japan has seen little in the way of population mixing for thousands of years. In fact, after two waves of human migration—one 40,000 years ago from Southeast Asia and one 3,000 years ago from the Korean Peninsula—Japanese people are recognized as a relatively homogeneous and isolated population.

But in a study published in Nature Communications, an international research team led by Osaka University revealed that there is more than meets the eye when it comes to the Japanese population.

“At first glance, the Japanese population appears to be demographically homogenous,” says lead author of the study Saori Sakaue. “However, there are obvious cultural and linguistic differences from region to region and from island to island in Japan, leading us to suspect that there may actually be greater population structure than has previously been shown.”

Using novel machine-learning methods, the researchers examined the genomic sequences of 170,000 individuals from Japan, looking for minute genetic differences. As it turns out, they were right.

“Dimensionality reduction analyses revealed fine-scale diversity within the Japanese population,” explains Sakaue. “Not only did we identify the two main population clusters observed in previous studies, we successfully distinguished eight sub-clusters within one of these populations, confirming that Japanese people are not as homogenous as we previously thought.” 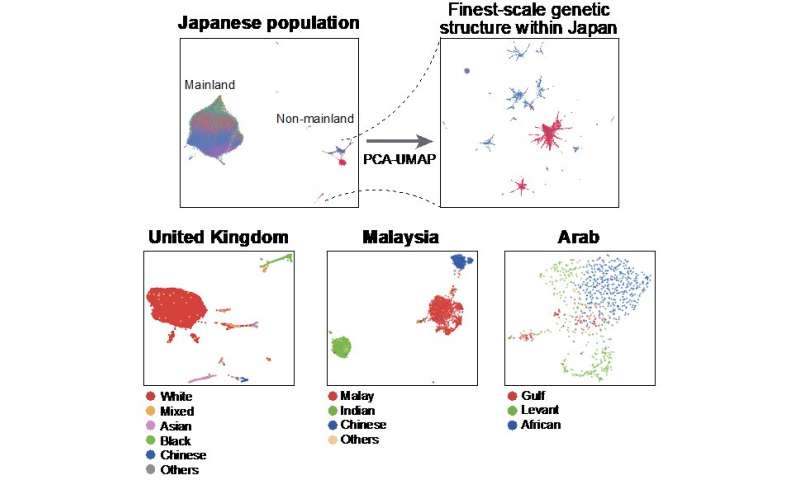 Interestingly, the eight sub-clusters correlated with distinct islands located in the Ryukyu region of Japan, some of which are separated by as little as 50 km.

The researchers also successfully illuminated genetic diversity within populations from the United Kingdom, Malaysia, and an Arab cohort, suggesting that the machine-learning approach is also applicable to more complex populations.

They then turned their attention to the implications of their research, particularly the future disease risk prediction of individuals based on their unique genetic profile. 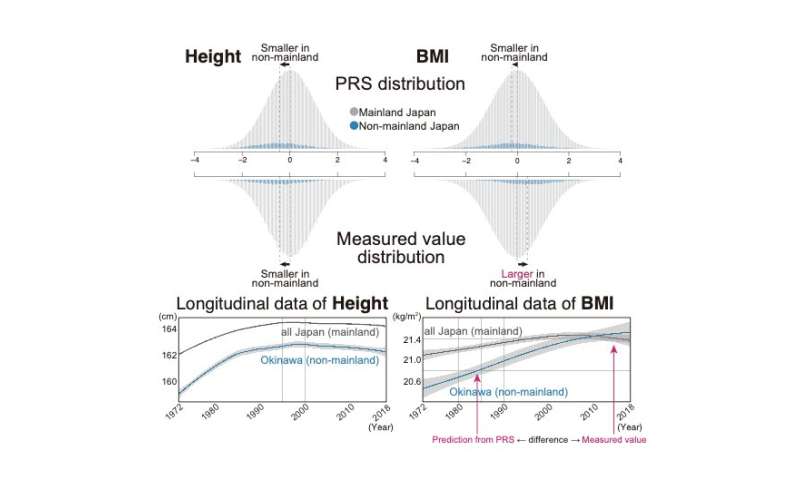 “Given the fine-scale differences within the Japanese population, we were interested in how subtle population differences may affect the genetic prediction of human diseases and complex traits,” explains senior author Yukinori Okada. “Using phenome-wide polygenic risk score analyses of 67 complex traits, we confirmed that the sub-structures within the Japanese population did indeed impact disease prediction.”