You are here:
Home / Health News / Better detection of a type of ovarian cancer could lead to better treatments 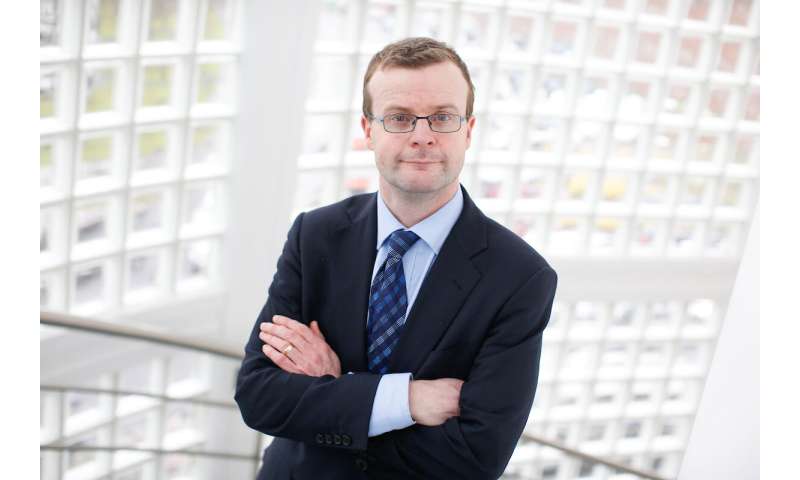 The study, led by researchers from RCSI University of Medicine and Health Sciences, is published in the Journal of the National Cancer Institute and was funded by St Luke’s Institute for Cancer Research, North East Cancer Research and Education Trust (NECRET).

BRCA1 and BRCA2 are genes that that prevent cancer by repairing damaged DNA. Inherited mutations in these tumour suppressor genes make someone much more likely to develop cancer in their lifetime, particularly breast and ovarian cancer.

Instead of having an inherited mutated BRCA1 gene, some patients have this gene modified in a way that is thought to silence it. The researchers analysed 2,636 patients with ovarian cancer from 15 international studies to see if those with this silenced BRCA1 gene had similar outcomes to those with the mutated gene.

They found that both the mutated and silenced BRCA1 gene were found in serous ovarian cancers and arise at a younger age compared to cancer patients without a mutated or silenced gene.

The researchers believe this difference was the case due to the different methods used in each study to detect the silenced gene. The studies that used a specific test found that patients with a BRCA1 silenced gene lived longer on the platinum chemotherapy treatments compared to those patients whose did not have a silenced or mutated gene.

“We found that the studies that used a specific methylation PCR test showed the results that we would expect for those with truly silenced BRCA1 gene. This suggests that researchers need to refine and standardise the way they test for silencing of this gene,” said Roshni Kalachand, an RCSI Ph.D. student and the study’s lead author.

“This will enable them to detect ‘true’ cases of patients that have this gene silenced. Only then will we be able to successfully treat this subgroup of ovarian cancer with drugs targeting DNA repair.”

Professor Bryan Hennessy, the study’s senior author and associate professor at RCSI, said: “Ovarian cancer ranks among the top ten diagnosed and top five deadliest cancers in most countries. Unfortunately, approximately 80% of patients present at an advanced stage of the disease.

“Therefore, it is critical that clinicians are provided with as many treatment options as possible which can target this disease, both as a stand-alone therapy and in combination with existing therapies.”