You are here:
Home / Health News / Artificial wombs and gene editing: What are the new frontiers in IVF?

Artificial wombs and gene editing: What are the new frontiers in IVF?

In any classroom in Australia, there’s a fair chance at least one child will have been conceived through IVF. “One in 100 Australians born today was in a freezer before it was born,” says Dr Peter Illingworth, medical director of IVF Australia. “I think it’s bizarre, even as someone who’s been doing this for a long time.”

In the early days of IVF, in the 1950s and 1960s, ideas circulated that children born from the treatment would be inherently damaged; and yet, 43 years after the first IVF baby was born (Louise Brown, in England), misinformation and controversy about fertility treatments still abound.

Amid the ubiquity of IVF babies today, the cutting edge of research in artificial reproduction has moved beyond enabling previously infertile couples to have their own (genetic) kids. And some breakthroughs have entered our everyday language.

So, can a woman really give birth to a baby now using a uterus from a donor? How close are we to growing babies in artificial wombs? 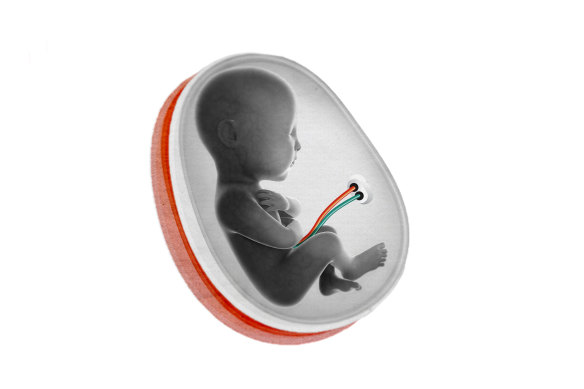 What is a“tiny organ transplant”?

It’s an innovation in IVF: maternal DNA donation used to avoid debilitating and sometimes fatal mitochondrial diseases. In Australia, about 56 children are born each year with a severe form of the disease; globally, about 10,000. Mothers with the disease automatically pass it on to their children whereas men who have it do not.

In March this year, a bill put forward to allow the technology to be practised in Australia was passed in the Senate, becoming known as Maeve’s Law, making Australia only the second country in the world to pave the way for clinical trials of this procedure.

Dr Katie Allen, who trained in genetics at the Murdoch Children’s Research Institute and represented the Melbourne seat of Higgins from 2019 to 2022, likened it to a “tiny organ transplant” into the egg.

Allen helped educate parliamentary colleagues about the technical aspects of it before the law was passed in 2022.

“At the beginning of this technology, it was a bit controversial,” says Catherine Mills, director of Monash University’s Bioethics Centre. “It’s basically the same technology you’d use for human cloning but for a different purpose.”

Reports surfaced in 2016 about the first baby believed to have been born using the technology. A Unites States fertility specialist reportedly performed the treatment in Mexico; it’s banned in the US.

Concerns over safety remain. Some scientists wonder whether donated mitochondrial DNA, when working with a foreign nucleus, will “still work in the same way”.

Down the track, Mills says it’s possible that mitochondrial donation might also be useful for lesbian couples, for instance, who want to both be genetically related to their child, if the technology advances in that direction.

How do uterus transplants work?

In Philadelphia in 2017, Jennifer Gobrecht underwent 10 hours of surgery to have a deceased donor’s uterus transplanted into her body. She was one of 5 per cent of women who have uterine factor infertility: born without a uterus or without one that functions, or having had theirs surgically removed. Gobrecht later conceived a child, through IVF, and gave birth.

“One of the hardest days of my life was when I was 17 years old and learned I would never be able to carry my own child,” she said. “My husband and I have always wanted to grow our family but we knew the limited options meant it might never happen. And now here we are, in spite of everything, holding our beautiful baby boy … My hope is that through this research, others with similar struggles will have the same opportunity.”

After a birth, the organ is removed. For it to stay in, a woman has to take medication for the rest of her life.

There have been an estimated 70 uterus transplants globally, with varying reports about the number of live births that have resulted (between 17 and 24). After a birth, the organ is removed. For it to stay in, a woman has to take medication for the rest of her life so the body doesn’t reject the organ.

Approval for Australia’s first uterine transplant trial using known live donors was granted to the Royal Prince Alfred Hospital in Sydney in 2019, with a notice posted on the Australian New Zealand Clinical Trials Registry last year that participants were expected to begin undergoing the process this year. (The protocol for exactly how the procedure would be performed was also approved last year. The hospital has not responded to queries asking for confirmation that participants have started undergoing the process.)

According to Dr Evie Kendal, an expert in cutting-edge fertility technology and bioethics at Swinburne University, it’s still a risky procedure because the way that wombs are transplanted, “there are no nerves that come with it”. “You can’t actually feel the organ in the way you would be able to feel your own organic womb. So if something goes catastrophically wrong with a pregnancy in your womb in your body, you could probably feel it but with a transplanted uterus, you can’t. So if it’s rejected, there’s not the same kind of biomarkers that would show up in a blood test, like it does in liver transplant fails.”

Kendal hasn’t heard of anyone dying as a result of the transplant. But if the body rejects the transplanted uterus, or the transplanted uterus dies – which has happened in a number of cases, often resulting from a lack of bloody supply – the repercussions can be life-threatening. If a body rejects an organ, the body’s immune cells attack it. “And [if it] gets out of control, your body can start attacking lots of things, which is obviously what happens with auto-immune disorders.” An organ that dies releases toxins into the bloodstream.

Are artificial wombs a thing?

“Until very recently, I had to always say, ‘There are no human trials for artificial womb technology’ – but that’s no longer true,” says Kendal. In 2020, researchers from the Eindhoven University of Technology in the Netherlands announced they hoped to have a working prototype of a “fake” womb in clinics within five years.

The wombs, developed to continue gestation for extremely prematurely born infants, would hold fluids to surround the baby – a crucial component for the development of premature lungs – and enable the baby to receive nutrients through an artificial placenta, which would connect to the baby’s umbilical cord.

What the researchers did not say was that their technology could be used by couples who create an embryo through IVF then implant it in an artificial womb for its entire gestational period, notes Professor Lisa Wynn, an expert on artificial womb technology at Macquarie University.

But, says Wynn, “I think that eventually it’s going to happen.”

It’s the next level of fertility advances – after the pill and IVF – that, says Wynn, will “disrupt society as people debate what is kinship and who has the right to reproduce, and under what circumstances. And also, what is the relationship between religious or moral authorities and medical authorities and individuals. Who has the right to decide who can get access to these technologies and who shouldn’t be allowed these technologies?”

“By all indications, it will be in a decade or two,” says Wynn.

She supervises a PhD student who recently conducted a survey of 526 people comparing attitudes to artificial womb technology in Australia and Canada. “In both places they’re open to it,” she says, although the Canadians have a slightly more egalitarian approach. (They felt people should be allowed access to it regardless of income; Australians felt like it should be available if a person can afford it, as an “elective” procedure.) Canada has a universal healthcare system somewhat like Australia’s Medicare.

“Would they use that to pressure people into putting the fetus into an artificial womb, so that somebody else could raise that child?”

If Kendal is wary about the pressure that could result from womb transplants “particularly sisters and mothers, to donate their uteruses – because we can take them post-menopause and then we just revitalise them [with hormones]” then the implications of artificial wombs are game-changing, to say the least.

The 1970s feminist Shulamith Firestone imagined artificial wombs as key to a utopian world in which women were freed of the “tyranny” of reproduction. Science-fiction writers have envisaged this scenario, too. The Vorkosigan novels by Lois McMaster Bujold feature “uterine replicators” that free women from giving birth; in Helen Sedgwick’s novel The Growing Season, biotech baby “pouches” that carry fetuses to term can be worn by women or men.

“Basically, it changes everything,” says Lisa Wynn, an expert in artificial womb technology at Macquarie University. Women could opt to use artificial wombs for a range of reasons, including because they simply don’t want to be pregnant (and, to this extent, is arguably a scientific extension of surrogacy.)

“It frees women from having to be vehicles for delivering children and so it just completely changes gender relations and how people think about the organisation of labour,” says Wynn.

“It’s very easy for me to think of a better world where there isn’t this assumption from everyone in society that if you gestate you’re now responsible for raising this thing. There’s so much implicit pressure on you [women] to stay home.”

The technology could also facilitate inclusivity, enabling greater numbers of non-binary and transgender people to have their own genetic children, she says.

And it would come with potential downsides. The technology will likely be prohibitively expensive at first, says Wynn. And once it becomes affordable and widely available, she wonders if other pressures might come into play. For example, anti-abortion advocates could see artificial wombs as an alternative to carrying a child to term. “Would they use that to pressure people into putting the fetus into an artificial womb, so that somebody else could raise that child?”

We are on the verge of a far more drastic type of DNA altering, which carries the prospect of affecting generations of people.

This is before we even think of the implications of gene editing, which are profound and upon us now too. The technology, which alters a person’s DNA, has the power to treat diseases by correcting genetic errors. Two British toddlers with terminal leukemia went into remission, in 2015, after having their genes tweaked. But we are on the verge of a far more drastic type of DNA altering, which carries the prospect of affecting generations of people: through the gene editing of human embryos. Unlike gene therapy used to treat existing disease in people already born – which doesn’t permanently alter a person’s DNA – gene editing on embryos creates permanent change that will then be passed onto future generations.

The editing of DNA in embryos, which is considered by the global scientific community to not yet be safe, is banned in nearly every country.

A rogue biophysicist in China was jailed after he recruited couples in which the father was HIV positive and then used gene editing to create twin girls with resistance to HIV infection in 2018. The gene edits “were designed to disrupt a gene that codes for a protein that allows HIV to enter immune cells”, according to Nature magazine.

“There was massive controversy,” says Mills.

Editing human genes brings with it a risk of mutation that might cause other problems. Making a break in DNA can, for instance, cause cancer. Mills thinks gene editing is probably the next game-changing IVF development – “if we got to the point where we thought gene editing was safe or effective, which, at the moment, is a very big if.”

Make the most of your health, relationships, fitness and nutrition with our Live Well newsletter. Get it in your inbox every Monday.