Earlier this week, former Kansas City Chiefs assistant coach Britt Reid was charged with a felony for driving while intoxicated, and on the same day we learned the 5-year-old victim of his car crash would finally get to go home. But Ariel Young still has a long journey to recovery ahead of her. 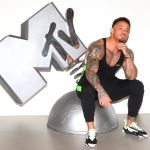 “Ariel is at home recovering; we hope that her being in a familiar place will help her remember things,” wrote her mother’s cousin Tiffany Verhulst on the GoFundMe she established to help raise money for Ariel’s care, as well as to provide support to Ariel’s mother, who is a single mom of three. “She is doing physical therapy but as of right now she still cannot walk, talk or eat like a normal 5-year-old. Thank you everyone for your continued support.”

According to the family’s attorney, Tom Porto, per KSHB Kansas City, Ariel was released from the hospital on April 2 and requires a feeding tube.

In Wednesday’s update to the fundraiser, which has raised more than $500,000, Verhulst asked for leads on a wheelchair-accessible vehicle in the Kansas City, Mo., area. “It would make getting her to and from her physical therapy appointments much easier,” she wrote.

On February 4, just days before the Super Bowl, Young was sitting in the back seat of a car parked on the side of the highway with her 4-year-old cousin as her mom and aunt were helping a 19-year-old family member, also parked there, whose car had run out of gas. Reid, who admitted to having two or three drinks before driving, hit the two parked cars at high speed, flattening the back seat where Ariel and her cousin were sitting. Her cousin suffered a broken nose and a concussion, but Ariel’s injuries were life-threatening.

In a previous update, Porto said Young likely has permanent brain damage after suffering a traumatic brain injury and being in a coma for 11 days. She was nonresponsive upon waking from her coma in February, but on March 27, more details of Ariel’s condition were shared: “Ariel remains in the hospital, she is getting a little better each day but she still has a long road to recovery.”

On Monday, the Jackson County Attorney’s Office announced that Reid would be charged with a class D felony. A class D felony could result in one to seven years of jail time for Reid. Prosecutors also asked for $100,000 in bail, according to Kansas City news station KMBC.