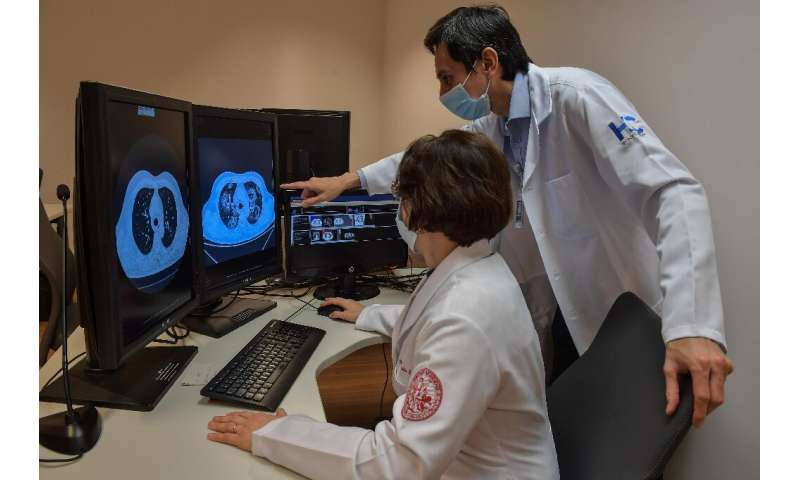 Doctors in Brazil, the country with the second-highest number of cases and deaths in the coronavirus pandemic, have a new tool in their fight against COVID-19: artificial intelligence to detect infections.

Under-testing remains a huge problem in the sprawling South American country, but AI is helping fill the gap, thanks to a system called RadVid-19 developed using algorithms from German company Siemens and Chinese firm Huawei.

Brazil has been hit harder by the pandemic than any country except the United States, with nearly 2.8 million infections and 95,000 deaths.

Experts say the numbers would be much higher if there were more widespread testing.

RadVid-19 seeks to fill that gap, and help doctors decide the right course of treatment for their patients.

It analyzes chest X-rays and CT scans to find spots on patients’ lungs that are likely markers of infection by the new coronavirus.

“The software identifies those areas and estimates the probability of a case of COVID-19,” says Marcio Sawamura, deputy head of the radiology center at the University of Sao Paulo Clinical Hospital.

The program shows doctors on a computer screen how their patients’ lungs are changing over time and enables them to analyze the white and yellow circles marking potential infection. 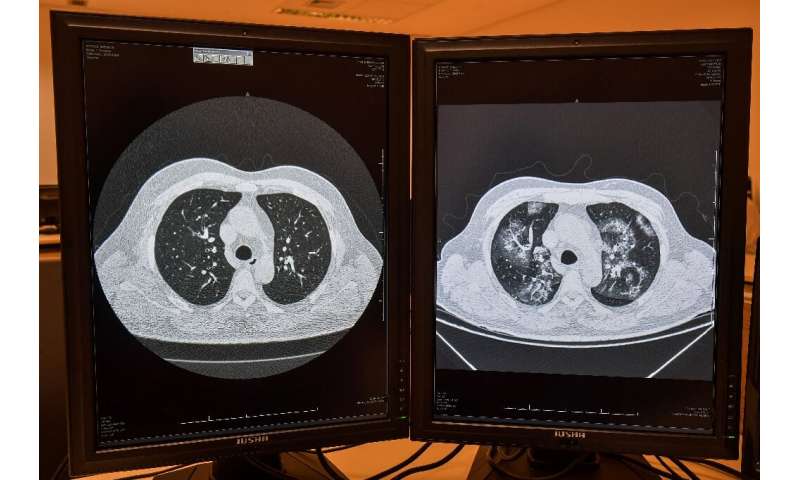 The software is being used by 43 Brazilian hospitals, 60 percent of them public, thanks in part to funding from the Inter-American Development Bank.

It is not a replacement for a lab-based diagnosis by a physician.

But it can help doctors decide what treatment to pursue during the sometimes long wait for lab results to come back, in a country where no large-scale testing campaign has been launched and President Jair Bolsonaro faces criticism for downplaying the pandemic.

“Since Brazil is testing less than it should, CT scans and X-rays end up being used as diagnostic tools,” says Arthur Lobo, a radiologist in the northern city of Belem.

“It’s helped us reach diagnoses when we were in doubt.”

That was welcome relief in the early stages of the pandemic in Brazil, when doctors were racing to keep up with a rapidly exploding infection curve, says Claudia Leite, a professor in the radiology and oncology department at the University of Sao Paulo. 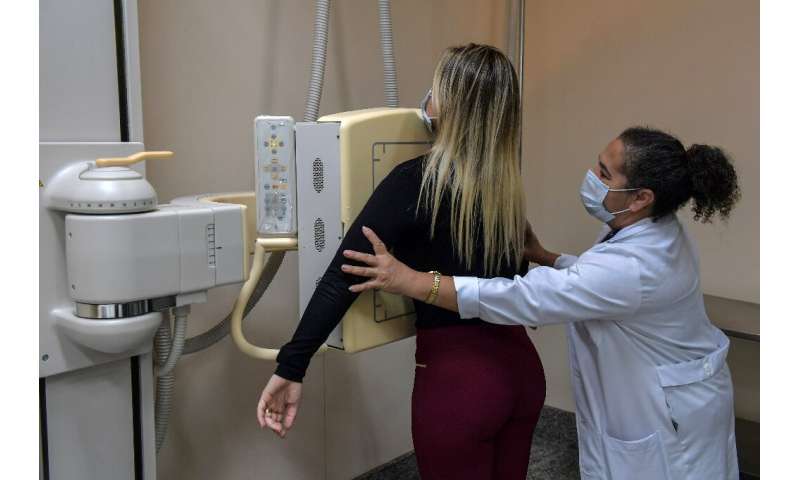 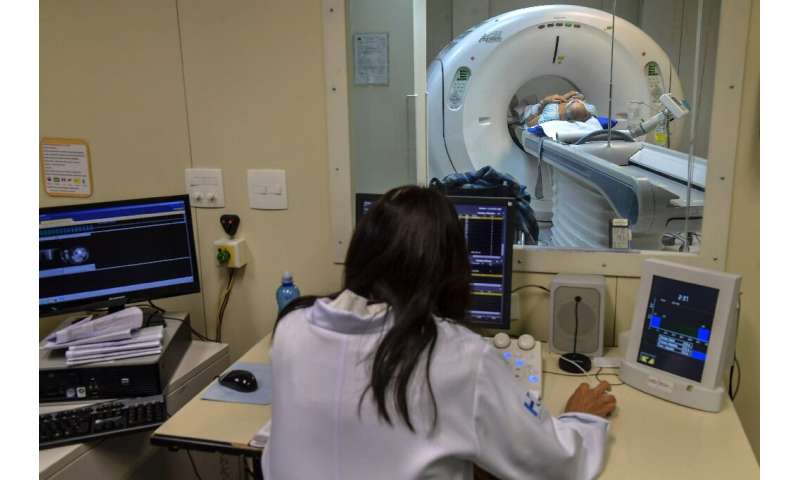 “At the beginning, we were really in anguish, because sometimes the lab results were taking a long time to come back and the patient would start getting worse, developing breathing difficulty, and we still didn’t have a diagnosis,” she says.

Using AI, she says, “we were able to conclude it was COVID and take the right measures. And the test results later confirmed it.”